Meet Freifunk, the German group that aims to provide free internet to all - Shareable
Skip to content 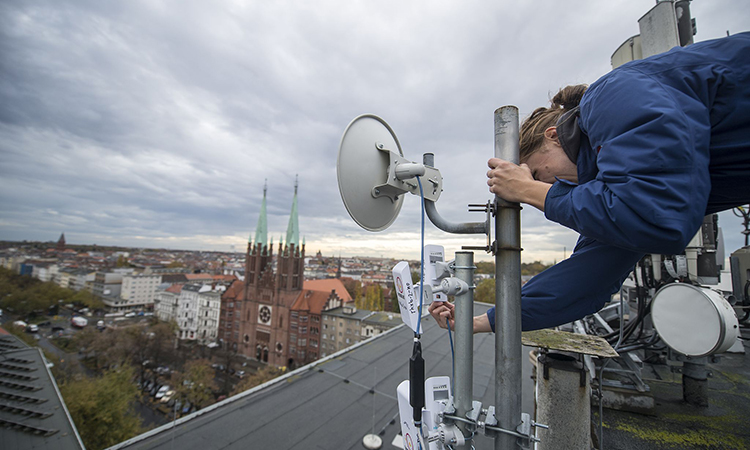 Here's the problem: Internet access has become an essential part of life. However, many still cannot afford it. There are also growing concerns that internet connections could be unilaterally cut by Internet Service Providers at the request of public agencies. How do we ensure everyone has internet access?

Here's how one organization is working on the problem: As early as 2002, the German activists of Freifunk, a noncommercial grassroots group, decided to self-organize to provide a free and autonomous internet infrastructure for all. In 2014, Münster free-internet activists from the local hacker space Warpzone decided to deploy a mesh network for their building complex. They visited a neighboring Freifunk community in Bielefeld that provided them with a crash course into the technology involved, which was mainly provided by the national Freifunk network.

The idea is that any WiFi router can be turned into an access point that communicates directly with other routers, passing along information between them, and thus forming a "mesh" of router-to-router connections. This way, people can send data from any point in the mesh without even connecting to the internet. The infrastructure is owned and maintained by the activists, who formed an association to handle legal and financial practicalities.

In 2015, Freifunk Münster joined with nearby Freifunk Warendorf to pool resources, including skilled people and IT infrastructure, and then made them available to the whole Münsterland region.