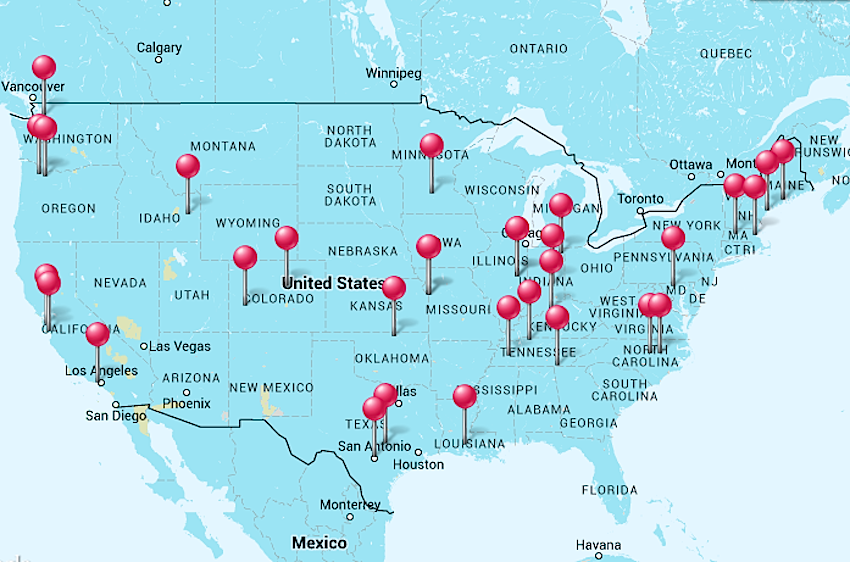 This past Monday, a coalition of representatives from 32 cities across the U.S. joined together to address the pressing need for fast, reliable and affordable high-speed Internet. Organized by Next Century Cities, the bipartisan initiative is designed to help cities create their own community broadband networks because big telecom companies don’t provide broadband to all areas of the country.

Among the challenges facing city leaders trying to implement community broadband service are cost, infrastructure issues, and the reality that in many places there are laws that prohibit community broadband. As Jason Koebler, staff writer at Motherboard reports, “Throughout the country, companies like Comcast, Time Warner Cable, CenturyLink, and Verizon have signed agreements with cities that prohibit local governments from becoming internet service providers and prohibit municipalities from selling or leasing their fiber to local startups who would compete with these huge corporations.”

The Next Century Cities coalition will work together to bring competitive, gigabit speed Internet to their cities as a way to create jobs, improve health care and education, offer residents vital infrastructure and attract business. Two of the member cities, Wilson, North Carolina, and Chattanooga, Tennessee already have gigabit service and Austin, Texas has Google fiber. Their experience will be vital in helping other cities challenge big telecom business for the right to create community broadband.

“Across the country, city leaders are hungry to deploy high-speed Internet," she says, "to transform their communities and connect residents to better jobs, better health care, and better education for their children."

The plan for Next Century Cities is to “engage with and assist communities in developing and deploying next-generation broadband Internet.” In sharing best practices, information and strategies, participating cities will learn from each other and raise awareness of the fact that high-speed Internet is no longer a luxury, but a necessary utility.