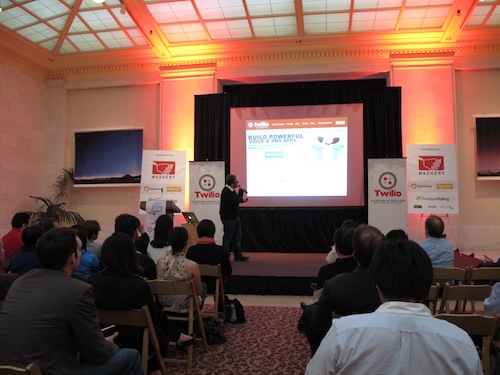 Open culture advocates, technical developers and media converged Thursday night at the San Francisco City hall for the latest updates on the open government and open311 initiatives. The question of the night: "How does government itself become an open platform that allows people inside and outside to innovate?"

For the last several months, San Francisco, with their DataSF project has taken a leading role in answering that very question. It turns out to be a much more complex issue than it may at first appear.

Even with cities, local and state government agencies willing to release more data and become more transparent, the real win comes from applications and uses for that data in the hands of everyday citizens. However, the issue quickly comes to one of standards: if every city releases data in different ways, then it's almost impossible to write tools or applications that work in more than one place. The Open311 movement is addressing this question: aligning the way in which cities collect and distribute data.

Tim O'Reilly, founder and CEO of O'Reilly Media, spoke about the broadest implications of data sharing, and how the role of government plays the central role – being the larges creator and distributor of civic data. The coming revolution from open APIs is still coming – making possible functionality never before imagined.

Mitch Kapur, entrepreneur, investor, and philanthropist, talked about the connections with the open source movement and open government. There are completely non-intuitive conclusions we can draw the great successes of open source projects: that there is an abundance of creativity and willingness to contribute available in the population. This same abundance of creativity and contribution can be used to make civic systems better, through an ecosystem of applications and government data streams, both in and out of government agencies. 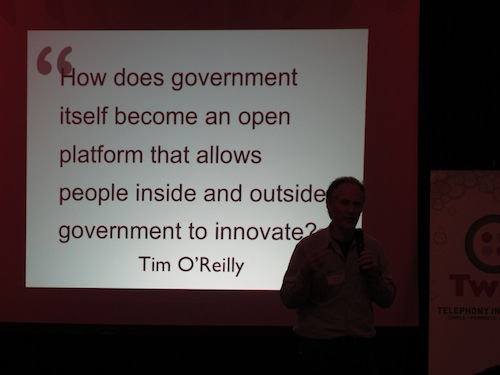 Finally, Craig Newmark (founder of Craigslist) and Chris Vein (CIO of San Francisco) presented a high-level overview of the current state and future plans for the San Francisco open311 initiative. New APIs are coming out every few months, leading to new opportunities. Their advice was simple: look around you and get involved.

Events like this one are part of a larger, positive trend: Governments at all levels are becoming more open, and providing a degree of transparency never before seen. Most importantly, because of the use of technology and standards, the manner in which data is made available is fostering the creation of new activities in people. Everyone with a mobile phone can take pictures of potholes, graffiti, and other issues, and communicate that back to their city today.

Jonathan Dugan is founder and president of Clearbits, which provides hosting and distribution for open licensed media.

Jonathan Dugan is the founder and president of ClearBits. Previous to this he worked as a consultant providing business strategy and technical implementation. With a Ph.D. from Stanford University in

Jonathan Dugan is the founder and president of ClearBits. Previous to this he worked as a consultant providing business strategy and technical implementation. With a Ph.D. from Stanford University in 2002 in Biomedical Informatics, Jonathan's primary areas of expertise include biomedical informatics, ontologies and controlled vocabularies, community building and open systems, and technical project management.