Life, Liberty, and the Pursuit of Open Data - Shareable
Skip to content 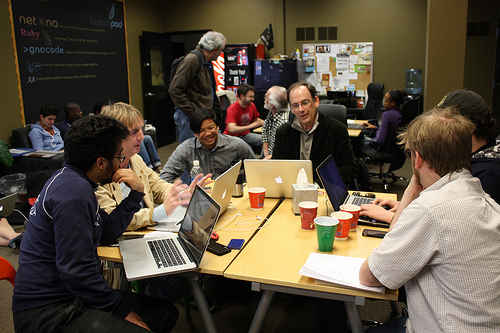 As organizations like Code for America encourage government transparency and the concept of Open Data at multiple levels of government in the US, I think it’s useful for us to take a look at how Open Data is handled in other countries. Given my non-existent skills in other languages and my distrust of Google Translate, I’ll focus on English-speaking countries first.

A couple of years ago I wrote an article for my personal blog entitled “Breaking Through Canada’s Data Wall,” pointing out the status of government-generated data in Canada. At the time I cited David Eaves (and this was before I met him at CfA and learned how knowledgeable he is about these and other issues) and his fascinating article on the topic:

Thus data created by the US government is, quite literally, the people’s data. Yes, nothing legally prevents the US government from charging for information and data but the country’s organizing philosophy empowers citizens to stand up and say – this is our data, we’d like it please.

Sovereignty in Canada does not lie with the people, indeed, it resides in King George the III’s descendant, the present day Queen of England. The government’s data isn’t your, mine, or “our” data. It’s hers. Which means it is at her discretion, or more specifically, the discretion of her government servants, to decide when and if it should be shared.

Though the articles above date from 2010, this fight isn’t over — even this week, Michael Geist brings us the story of Canada Post suing an open repository of postal codes claiming that they own the copyright to the list of Canadian postal codes. For my fellow Americans, this is the equivalent of the USPS claiming that we can’t use the public ZIP Code database tables and shapefiles that correlate ZIP codes to specific areas of the US.

This difference in attitude toward open data, stemming from hundreds of years of political philosophy and legal wrangling, has very significant ramifications today. Nations, regions, and cities across the globe are realizing that sharing data can directly lead to the delivery of new and improved services in their jurisdictions.

The principal issue here is that Commonwealth countries use a Crown Copyright system but that doesn’t have to be a showstopper: Canada finally has a pilot data portal site (you can get reactions from Eavesand Woolley). But the United Kingdom and Australia have had their data portals operational for quite some time by comparison, and the user experience is substantially more impressive on each site.

So the fight continues. The UK’s Guardian has started a public open data campaign to help encourage Her Majesty’s government to continue their open data efforts. As DataLibre, VisibleGovernment.ca, and a host of local Canadian initiatives continue their work, we hope to see Canada’s data walls come tumbling down.

“Copyright and the State in Canada and the United States,” Vaver, 1995