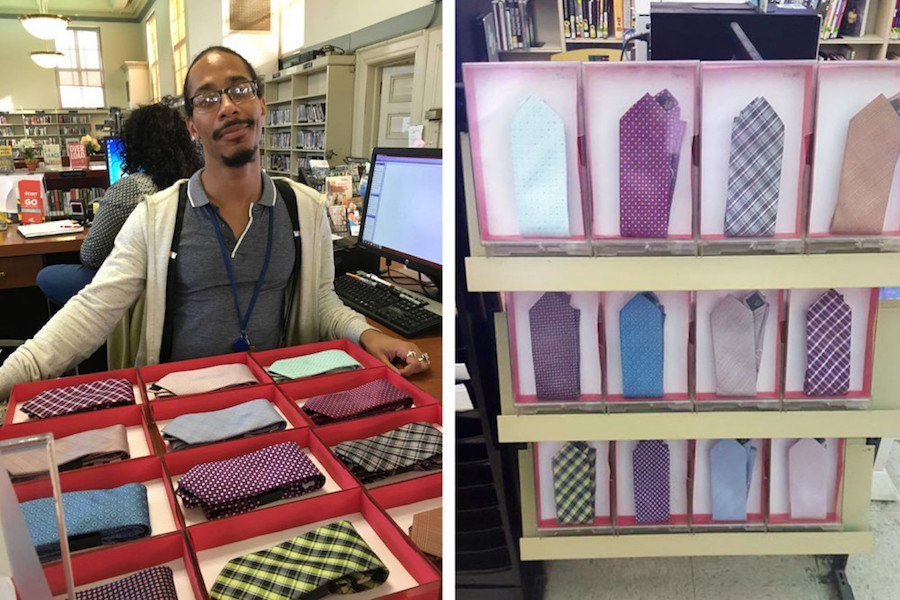 As the library of things movement continues to grow, one library in Philadelphia is bringing a new twist to its offerings: neckties.

The Paschalville Branch Library in southwest Philadelphia loans out ties to job seekers for three weeks at a time. Dubbed a “tiebrary,” the collection includes a variety of patterns, including dots, plaid, and stripes.

The tiebrary was introduced by Nate Eddy, strategy coordinator for the Philadelphia Free Library, who was inspired by a similar collection in Queens Library in New York City. Eddy asked the library for permission to duplicate their model. As far as he knows, they are the only two libraries doing this.

Unlike the Queens branch, where the ties are kept out of the library browsing area, however, Paschalville has them displayed, in repurposed VHS cases, for library patrons to choose from. This makes the ties much more eye-catching and easily accessible.

The library, which is located in an area of Philadelphia with high unemployment rates and a large immigrant population, created a “Job Readiness Center” in 2006, where it offers counseling, computers, job seeking assistance and resources, and now ties, which Eddy told BillyPenn, “can add a lot of confidence.”

The collection was supposed to have a soft-launch, but Philadelphia mayor Jim Kenney pushed it into the spotlight when he tweeted about it. 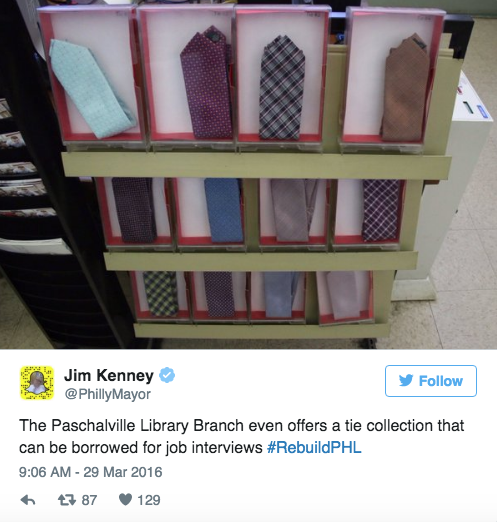 Paschalville library assistant Omelio Alexander, who designed the display boxes and rack, told BillyPenn that they don’t anticipate having to promote the fact that they’re now loaning out ties.

Paschalville library’s initiative is further proof that libraries are transforming into hubs of community and economic development.