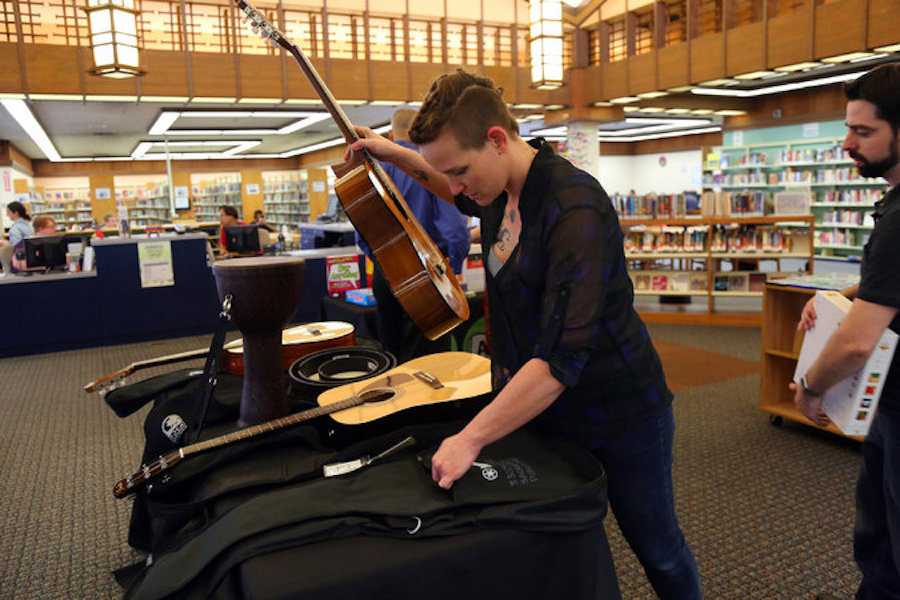 What if the next time you needed a sewing machine, or screen printer, or even a GoPro camera, you just went down to your public library and borrowed it?

That’s the idea behind the Library of Things. The visionary project, which is located in the Sacramento library system’s Arcade branch, enables people to borrow goods just like they would a book—by checking them out with their library card.

The project stems from the fact that people don’t need to own all the items they may need—they can access them through the library. Some libraries have been lending tools and toys for decades.

The Library of Things is experimenting with lending all kinds of goods. Among the other items available are musical instruments, video games, a laminator, crafting tools and more. The Library of Things also hosts an in-house bike repair station, a 3D scanner, and a serger for professional quality stitching.

To determine what library patrons wanted in the Library of Things, organizers used an online voting system. In the first round of voting, sewing machines received the most votes so the library bought six of them to lend out.

The Arcade branch is also home to the Design Spot, an area with five 3D printers and computers equipped with design software. The Sacramento library system also offers a prom dress lending program, a seed library at the Colonial Heights branch, and a self-publishing center for aspiring writers.

Funded by a federal grant received through the Library Services and Technology Act, the Library of Things points to the need for libraries to go beyond offering books into offering resources and information of all types.

As Sacramento Public Library spokesman Malcolm Maclachlan told the Sacramento Bee, the project is part of a push for libraries to diversify beyond book lending.

“We’re doing this under a plan to be a resource for more than just books,” he said. “And we’re building off the wider movement of DIY.”