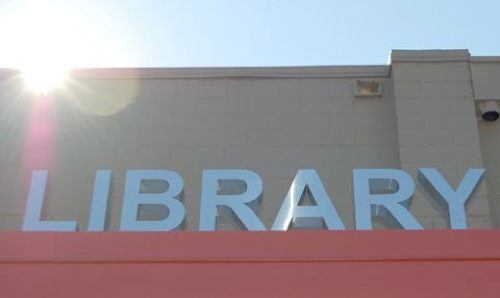 Raphael is giving me an insider’s perspective of the current state of libraries, which are actually thriving. They are evolving and innovating despite significant economic challenges and budget cuts, and people are utilizing libraries at steady or increasing rates. The State of America’s Libraries Report for 2011 notes that library visitation per capita and circulation per capita have both increased in the past 10 years.

Raphael explains that libraries have a long history of embracing new mediums for sharing information. From records and video tapes to the Internet, Blu-ray, e-books and file downloads, libraries have always adapted to meet the changing needs of their patrons.

“In general, libraries embraced the internet right away,” says Raphael. “And not just to provide computers for patrons. They recognized that it became a new tool for librarians.”

When Raphael started working in libraries, reference librarians got a lot of one-word-answer questions such as, “How do you spell this word?” or “Should I use the singular or plural here?” These days, librarians need to not only be tech-savvy, but also play the role of teacher, research guide, electronic-information navigator and employment counselor. As communication and information become increasingly digital, libraries and librarians help people to keep up with what has become the norm. Libraries are, for many, the only option for accessing computers and the Internet. 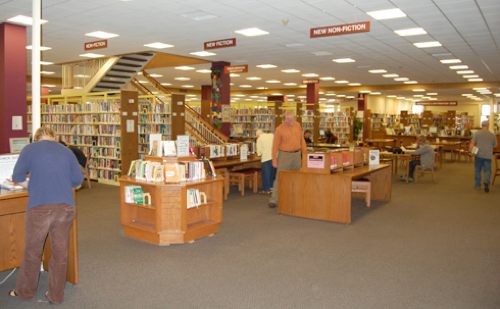 “There’s a huge digital divide that still exists in this country and many people don’t have computers in their homes or offices, or can’t afford high-speed internet,” says Raphael, noting that 65 percent of libraries report that they are the only place for free Internet access in their town. A 2010 Pew Research Center study found that 95 percent of high-income households use the Internet at home while only 57 percent of lower-income households do.

A digital divide, which widens in rural and low-income areas, coupled with a national financial crisis means that libraries play a crucial role in bridging the gap between those with access to computers and the Internet, and those without.

Raphael explains that in economically challenging times such as these, library use increases significantly. Despite decreased funding, branch closures and reduced hours and staffing, many branches and library systems are posting their highest numbers ever in terms of circulation and number of patrons through the doors.

“Library use in economic recessions always goes up,” says Raphael. “It’s counter to what the funding is. When funding starts to be cut back, use goes up,” she continues, “and use has been increasing dramatically in the last couple of years.”

While the increase in usage can be attributed to people having less discretionary income for books and magazines, it is also due to libraries’ continued evolution. Offering musical scores, toys, art, CDs and DVDs, radiation detectors, portable smoke detectors, tools, kilowatt-measuring devices, zines, seeds and more, libraries have become lenders of a variety of useful items. Some even offer ways for patrons to contribute to collections through reviews, comments, the transcription of materials into digital format, uploading computer programs of their own design, and more.

Depending on the level of community involvement and support, libraries follow the needs of the community. For instance, a branch whose demographic is mostly retirees may not loan out toys or have story hour. But they may offer estate and financial planning, social outings and computer basics classes. A branch with a younger demographic may offer activities and materials for children, digital media classes, video games and a teen lounge. 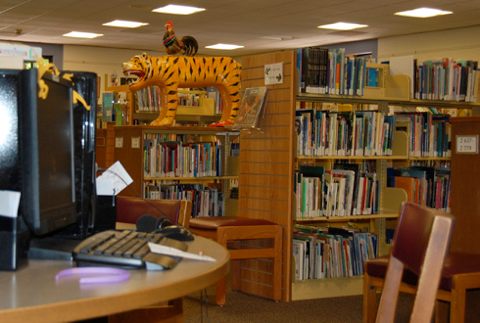 Libraries aim to be as valuable to communities as possible, which means that it is up to us, as patrons of the library, to let them know what we’d like to see; let them know what we appreciate, and share interesting ideas and leads with them. They are invested financially, energetically, philosophically and physically in enriching our communities, regardless of cultural and socioeconomic differences.

Despite branch closures, some drastic budget reductions and cuts to staffing, there are numerous success stories of communities rallying around their libraries to keep branches open and secure necessary funding. When branch closures were threatened in Oakland, Calif., the community organized “a huge campaign in support of the libraries,” says Raphael. “People said, ‘We’ll take a cut, but not branch closures.’” New York Public Library patrons, when faced with a $40 million cut to their system, organized and were able to restore $36.7 million to the budget.

When the Charles Village branch in Baltimore, Md. was closed, community members took matters into their own hands, and opened the Village Learning Place (VLP) in the unused library space. A volunteer-driven community library that relies on grants and donations for its running costs, the VLP provides open access to books, classes, various historical and cultural offerings, an after-school program and more, and is a beloved part of the community.

Libraries in general are pioneers of the sharing movement. Long before organizations were “going green,” libraries were there, showing us how it’s done. In fact, libraries are a perfect introduction for people who are wary of the whole sharing economy. One can simply say, “It’s like a library, but for cars (or bikes or tools etc.).”

In general, libraries are working diligently to keep up with, and push ahead of, society’s curve. If we hold on to our nostalgic notions of what libraries once were, we deem them relics of a time gone by. However, if we support libraries through their evolutionary process, they remain vital community resources and hubs; unwavering providers of information to all, whatever form that information may take.

“Public libraries are so important in communities because they’re open access to unfettered information of all kinds,” says Raphael. “An informed citizenry is what makes a democracy work,” she continues. “When so much of our economy is driven by information, libraries level the playing field and provide open access to knowledge in its broadest sense.”