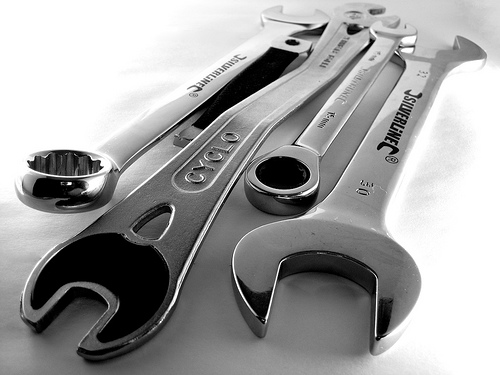 Shareable has turned a keen eye to libraries over the past few months, examining how these long-lived community resources can keep pace with the ever-changing needs of the people they serve. One of the new service offerings some public libraries are incorporating is tool lending. To paraphrase Rachel Botsman from her TED talk, you need the hole, not the drill, so why not share the tool with others who also need holes.

Berkeley, California, has always been a pioneer when it comes to community activism so it's no surprise that the city opened the first tool-lending library in the country (1979), setting a fine example for others to follow. The Berkeley center is affiliated with the public library, though some opt to be stand alone facilities, like in Santa Rosa, California, and Boulder, Colorado.

Center for a New American Dream took a tour of the Berkeley library and came away with the first video in a new series that is ramping up to the spring release of their Community Action Kit. The Kit contains a handful of guides "to help people around the country organize and implement projects in their own neighborhoods. Each Guide is divided into four 'Action Idea' sections, each containing a written introduction, step-by-step tips for how to carry out that action, and a video featuring a successful community case study." Naturally, the Sharing Guide comes first, and Shareable is proud to have contributed to the project.

As well as the Sustainable Economies Law Center's entry, Policies for a Shareable City #13: Public Libraries.