How Libraries Are Doing More With Less - Shareable
Skip to content 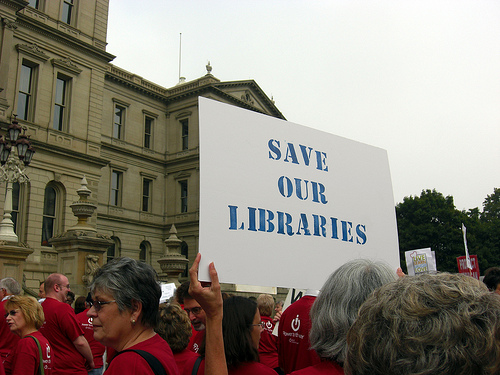 Do more with less. It’s a popular refrain these days, and one that libraries are all too familiar with. Re-tooling the ways that they share information and resources while simultaneously juggling financial issues, the challenges before libraries are significant. But with the support of their communities, libraries are moving into the future.

Since libraries are funded through different sources, not all of them are in financial trouble. While some systems are closing branches and making drastic cuts to their hours and staff, others are building state-of-the-art facilities and serving as models of what libraries are becoming.

“Some people have surprisingly positive stories to tell and some have very negative stories to tell,” says Molly Raphael, president of the American Library Association (ALA). “Libraries that are self-funded or can go directly to voters have fared quite well. The ones that have had the biggest challenges are the ones that are funded out of one pot of money from the city or county and are competing for those funds.” 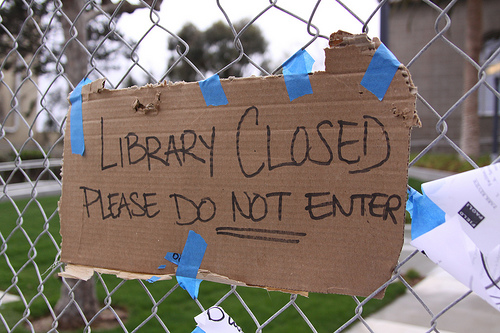 An overview of libraries reveals that some library systems are hanging on to a thread for their survival while others are thriving. The overall trend, however, is one of increased usage and circulation of materials, both electronic and traditional, coupled with decreased funding. The 2011 State of America’s Libraries reports that more than half of the states reported a decrease in library funding with cumulative cuts averaging greater than 10 percent. Cuts to federal library funding, compounded with state cuts and local cuts have left some library systems in an unworkable position. Many have cut back hours of service and staff and some have been forced to close branches.

Alongside cuts to staffing comes increased reliance on library volunteers, which are vitally important to libraries. But replacing librarians with volunteers is not the answer to libraries’ financial woes. The role of librarians—many of whom are experiencing the worst of the budgetary fallout through decreased hours, more work and smaller staffs—goes far beyond checking out books. They are trained, tech-savvy professionals adept at research, reference, child development, information navigation and more. As author Neil Gaiman said, “Google can bring you back 100,000 answers, a librarian can bring you back the right one.”

“School districts will say, ‘We’re not getting rid of our library, just our librarian,” says Raphael. “They want to use a volunteer instead. Much of what the schools do is teach children how to get authoritative information,” she continues. “Librarians teach them how to seek out information. They say, ‘Here’s an assignment and you can’t use Wikipedia.’”

In public libraries, the children’s librarian knows what books are on hand, but they also understand brain development in children and know the appropriate books for different ages and learning levels. Librarians assist patrons with a wide range of library literacy skills. Locating books, searching employment databases, resume writing, researching and selecting appropriate materials are all in a day’s work for librarians. Many librarians are also doing fundraising and bringing in grant money. 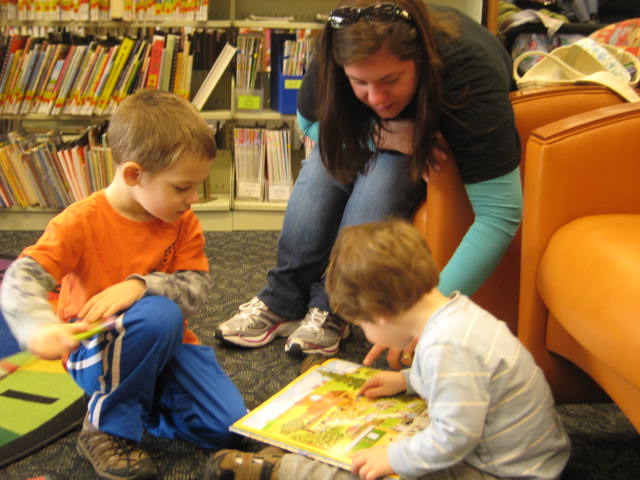 “Volunteers are really important in libraries,” says Raphael. “But every time someone says they can just run their library with volunteers, they lose the expertise and the fact that someone will come in every day and do their job. Libraries are very good at finding places for volunteers to work and contribute,” she continues. “They just can’t run libraries.”

For all the challenges that libraries are facing, the fact remains that their role in communities is equally or more important than ever. Libraries take a future-forward stance on information sharing and community. Those who feel like libraries are a thing of the past are holding on to the notion that libraries are merely receptacles of books. But libraries are much more: they are places for communities to gather for classes, cultural events and workshops. They lend a range of materials from e-books, music and movies to fishing poles, power tools and child development toys. They are also creating ways for patrons to contribute to library collections through rating and reviewing books, transcribing historic documents into digital databases, and sharing materials.

Libraries, in every way, work for us. They are what we want them to be and they are constantly evolving to keep up with our changing needs. They are funded primarily by tax dollars and their mission is to provide free and open access to information. They are committed to bridging the digital divide, enriching communities and supporting individuals in reaching their personal potential. And they need our help. 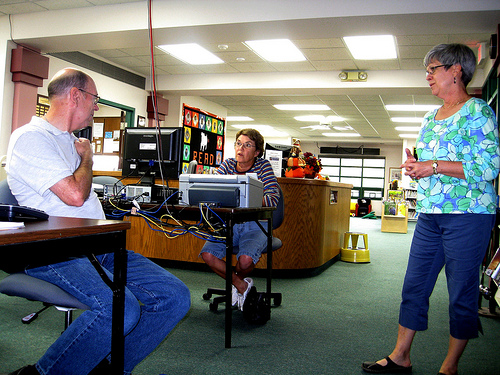 Librarians will be happy to tell you how to get involved. They need help with community outreach, support for ballot measures, raising awareness about issues, fundraising and more. Library advocacy group the Association of Library Trustees, Advocates, Friends and Foundations (ALTAFF) educates, connects and supports library communities; the American Library Association (ALA) has an Issues and Advocacy web page that provides information about accessibility, funding, cultural diversity, technological issues, censorship and literacy; and the ALA’s Emerging Issues website provides a platform for discussion about the latest issues affecting libraries. From national issues to concerns about local branches, find out what’s going on and let your support of libraries be heard.

“The best way to help is to talk to influential people in your community about libraries,” says Raphael. “Talk in ways that make it clear that libraries are not just an amenity; a nice thing to have. How are they essential to your family? How have they supported you in higher education or changing careers? Why do they matter? It has to go beyond the ‘I love my library’ deep affection,” she continues. “When elected officials start seeing that, they start seeing libraries differently.”