"Let's Do It!" Inspires Citizens to Fight Urban Blight - Shareable
Skip to content 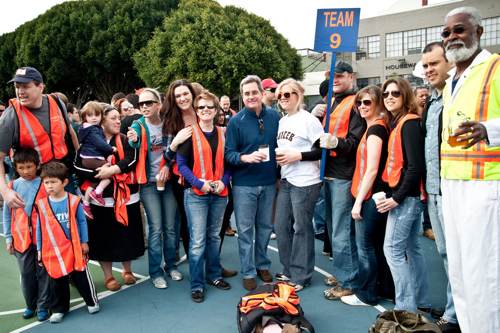 I think I first learned of the "Let's Do It!" movement from a small mention in a magazine article. What I remember more clearly is looking it up on YouTube and becoming incredibly inspired by how a small group of friends, in the tiny northern European country of Estonia, had taken on the challenge of cleaning up all of the illegal dumping in their country. They had calculated that it would take a few years and millions of dollars to tackle what had become a major issue in their country – and then they decided to do it in just one day as a massive volunteer effort utilizing geotagged photos of all the dumping sites in the country. After and incredible mapping campaign, some 50,000 people from Estonia and around the world on May 3, 2008, pulled off the amazing feat of cleaning the entire country in just six hours. 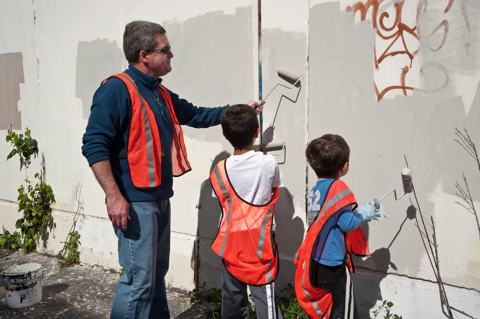 Following the Estonian effort, the organizers put together a website where others could emulate their efforts, and Latvia and Lithuania also organized massive "One day, one country," cleanups. There had been a total of nine efforts, including events as far afield as India, where volunteers held a regional "Let's Do It!" cleanup.

As a blogger for the SF government innovation site "OpenSF," I began writing about the Estonian campaign, and the possibility of pulling together a "Let's Do It!" campaign in SF to tackle graffiti tagging. My blogging drew significant interest from folks in the civic tech community, but didn't quite take off. In fact, I counted that as my biggest failure in 2010.

Flash forward to February 2011. World Cleanup 2012" aims to tackle waste and dumping in at least 100 countries around the world in single-day actions beginning next March. 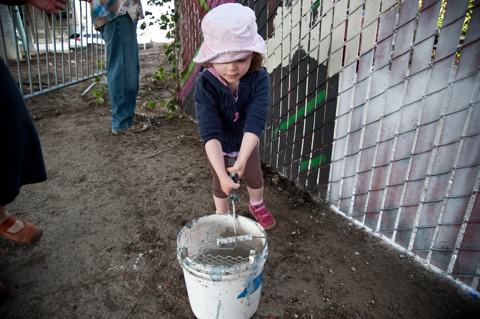 The youngest Let's Do It SF! volunteer gets a little more paint for her roller during the Department of Public Works Earth Day Clean Team event.

I didn't know how much I could do to help, but I invited Irmelin to share about the campaign on my public interest podcast, "Gov 2.0 Radio." On the show, she described the initial idea as so "crazy and fascinating" that "everyone loved it."

At the same time, my boss San Francisco City Attorney Dennis Herrera, was working on the illegal dumping issue in San Francisco, where the Department of Public Works had cleaned up more than 100 tons of illegal waste in the Bayview neighborhood since September 2010. On March 1, 2011, Dennis was discussing the issue with Mayor Ed Lee, and he brought it back to his staff, where some remembered my advocacy around "Let's Do It" from 2010. With Dennis interested in taking direct action to increase awareness about illegal dumping in San Francisco, a "Let's Do It SF!" initiative quickly took shape. In the City Attorney's Office, we reached out to several other major departments that deal with waste reduction and illegal dumping, and pulled together a social media-fueled campaign to tackle dumping and graffiti using geotagged incident reporting, and to organize volunteers in support of monthly SF volunteer cleanups and to join the World Cleanup. 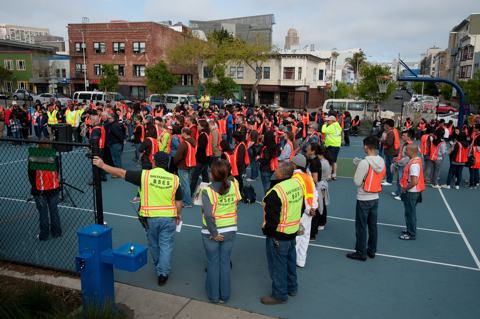 DPW Clean Team volunteers listen to instructions before heading out to spruce up District 6. Let's Do It SF! kicked of its volunteerism at this event.

The Let's Do It World! team is organizing a conference in San Francisco this fall, and our SF team has already participated in one cleanup, painting over graffiti tags as part of the Department of Public Works' Earth Day "Clean Team" event. Our SF effort is organized around bringing together the best of official resources and volunteerism, and using geomapping to help clean our city and the world. I'm really excited about the possibilities, and how much we can accomplish together with a "let's do it" spirit.

Hope to work with you on World Cleanup 2012, wherever you are!

Adriel Hampton is chief organizer at NationBuilder and founder of Gov 2.0 Radio. He is a frequent speaker on open government, social media, and technology innovation and

Adriel Hampton is chief organizer at NationBuilder and founder of Gov 2.0 Radio. He is a frequent speaker on open government, social media, and technology innovation and is president of the San Francisco Technology Democrats. In 2009, he became the first person to announce a run for Congress through Twitter. He has more than 12,000 followers on the popular micro-blogging platform and is also manager of the popular Government 2.0 group on LinkedIn. He also produces and hosts Leaders and Creators, the NationBuilder podcast featuring the world's top organizers.