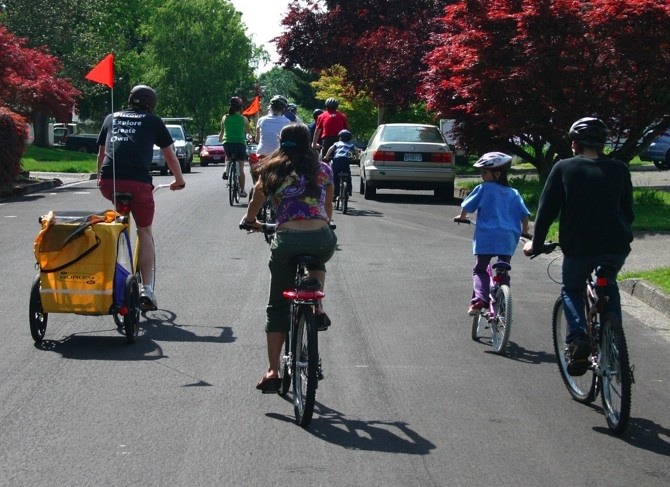 “Where are all of the cars?” asks Paul Adkins as we pedal down a quiet tree-lined street in Eugene, Oregon on a sunny May afternoon.

Adkins is leading a three-mile Kidical Mass bicycle ride. I’m one of 19 participants; more than half are kids. Adkins is navigating for the group and helping his four-year-old son Dare, who’s new on two wheels, learn the rules of the road.

“Good job, everyone,” he calls as the group glides around the corner behind him.

Occasionally we pass people working in their yards, and a chorus of bike bells dings. We’re usually greeted by enthusiastic waves and smiles.

“Look, there’s a turkey vulture,” a mom near the back of the ride says, pointing out a bird to her daughter.

Later a cat runs past with a garter snake hanging from its mouth, and we see a couple of horses grazing in a field. Both are big hits with the kids.

Shane Rhodes is the sweeper on today’s ride, which means he’s heading up the rear to make sure no one falls behind. He’s riding a cargo bike custom-made at Human Powered Machines in Eugene, which he’s rigged with a homemade wooden box and infant car seat, where his one-year-old daughter Isadora rides. Ziggy Marley’s album “Family Time” wafts from a stereo that fits in his water-bottle holder. 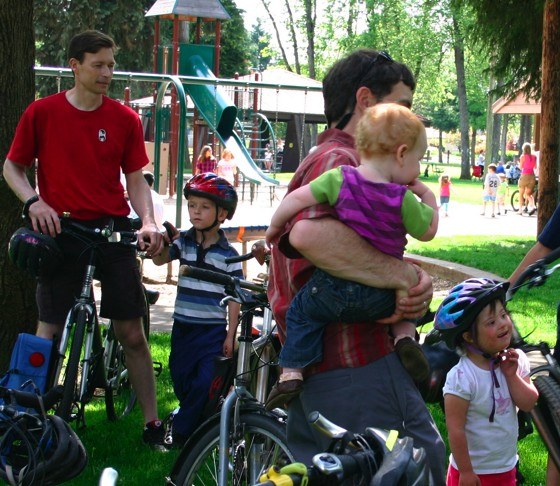 We pull up next to a convenience store, and Rhodes jumps off his bike, runs in, and buys ice cream bars for everyone. Ten minutes later, the ride ends at a park, and the kids grab their treats and head for the playground equipment.

Rhodes and Adkins started Kidical Mass in Eugene in April of 2008. Rhodes came up with the idea when he and some other local bike advocates were brainstorming on ways to celebrate an upcoming visit by Ted White, who’s well-known in the bike world for helping coin the term “Critical Mass” and making the documentaries Return of the Scorcher and We Are Traffic.

In the two years since, Rhodes and Adkins have held rides every month, rain or shine, which have attracted anywhere from 10 to 50 people. Bicyclists in 12 other cities, including Seattle, Toronto, and Pecs, Hungary, have also started Kidical Mass events of their own.

Kidical Mass borrows its name from the famous Critical Mass rides, which in some cities attract thousands of cyclists who take the streets, run stop lights, and lie on the ground en masse to bring attention to cyclist deaths and injuries. But the founders of Kidical Mass say their rides are all about following the rules of the road. And because the rides don’t block traffic or disrupt any civic activity, organizers don’t need to secure a parade permit from the city.

“It takes almost no time to plan an event like this,” Rhodes says. Before the ride, he and Adkins hovered over a laminated bicycle map of Eugene and mapped out the route together. Although Eugene has miles of off-street paths, they looked for quiet neighborhood streets and “bike boulevards,” because they want families to get comfortable riding on the road. 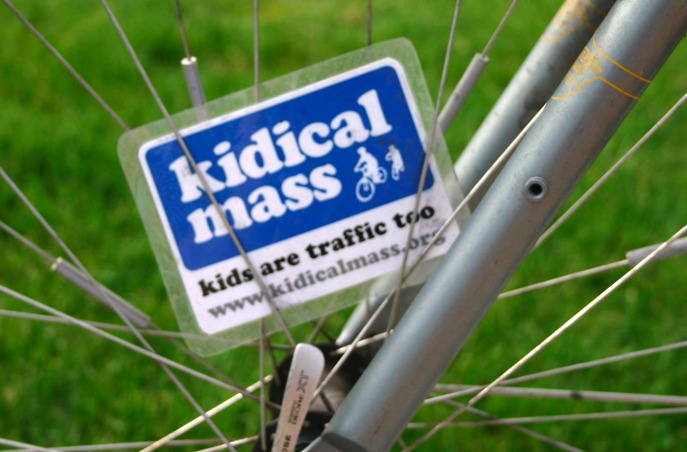 “If people are going to use their bikes for transportation or ride to school, they’ve got to ride on the streets,” Adkins explains. He and Rhodes also look for routes where riders won’t have to cross any high-traffic thoroughfares.

“Rides like that take more organization,” Rhodes says. “But usually a lot more people show up.”

Adkins and Rhodes try to get kids involved with all aspects of Kidical Mass, including spreading the word to their friends and making posters. 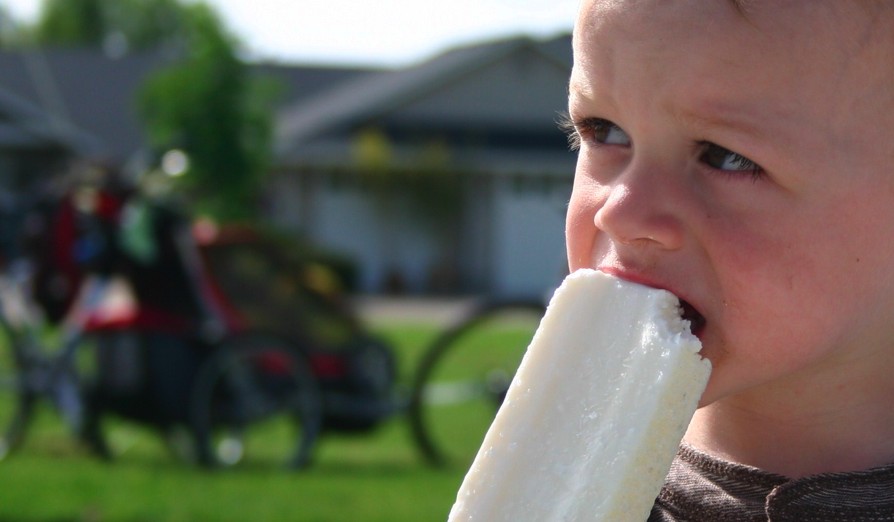 Both kids and adults have a great time, if the ice-cream coated smiles at the end of the ride are any indication. And according to the founders of the movement, that’s the most important part.

If you want to start a Kidical Mass ride in your city, you can find more information at kidicalmass.org.