It is not news that we waste a lot of food in the United States. Trying to get your head around the amount of food we throw out each year—70 billion pounds—is a challenge. In weight, that is the equivalent of 95 Empire State Buildings. But even this comparison is hard to fathom. The food waste problem in the United States has gotten out of control, and we need ways to rein it in.

Zoe Wong and Kay Feker have found one way to help. The pair recently teamed up to form Revive Foods, which turns cosmetically imperfect fruit into jam. The company projects recovering 2.5 million pounds of produce a year by 2020, which is small but promising start on a big problem.  I recently sat down with Wong and Feker, who were fresh off a division win in UT Food Lab's Food Challenge Prize. 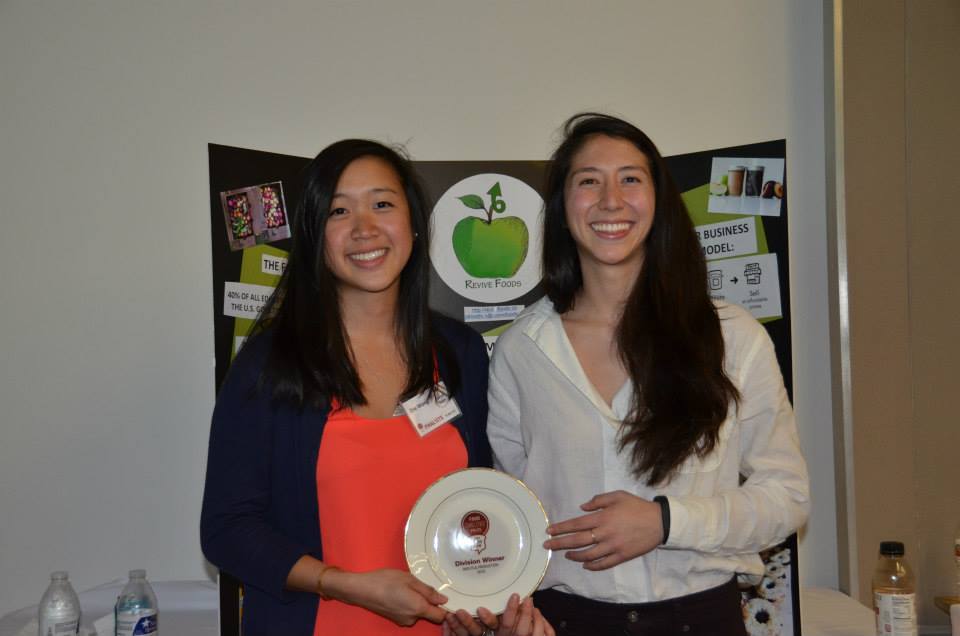 Courtney Pankrat: What is Revive Food and what prompted you to start it?

Revive Foods: I [Zoe] grew up in Hong Kong, where over 90% of produce is imported. By the time it gets to you, it doesn't taste great. I never fully appreciated produce until I moved to the Bay Area and discovered the quality and variety of produce here.

At the same time, I also learned about the food waste problem: that 40% of all edible food in the United States is wasted, costing $165 billion per year. I started to wonder about what people were doing to address the issue. I learned that not much was being done.

At Revive Foods, we focus on recovering perfectly edible fruit that would otherwise be wasted to because of its aesthetics. We take the fruit and use it to make jams.

There are some organizations that recover food waste to drop off at food pantries, but not many are turning food waste into value-added food products. We have heard of a few other small companies like ours, one making salsa in Colorado and another making apple chips in Virginia, but nothing on a large scale.

I've heard about grocery stores in France and Canada selling "ugly" fruit at a discount. Why is this not happening in the United States?

The United States has cosmetic standards for fruit and vegetables, which means that most of our "ugly" fruit goes straight to the compost bin. American culture favors aesthetically pleasing produce.

Why did you decide to make jam?

Produce has a very short shelf life. You have to do something with it or you end up throwing it out. Preserving it seemed like a natural step for us. Later, we plan to expand to other products such as juice, soup, and pasta sauce.

We also want to focus on providing heathy food options for people. Jams and preserves typically contain a lot of sugar. Our jams are significantly lower in sugar content and we do not use processed or artificial ingredients.

I saw on your site that you have a banana jam.

Yes, we were recovering fruit at Whole Foods in Oakland and there were boxes of bananas that were going to be thrown out, so we decided to try to make banana preserves. We are constantly experimenting with different flavors based on what is about to be sent out for composting. 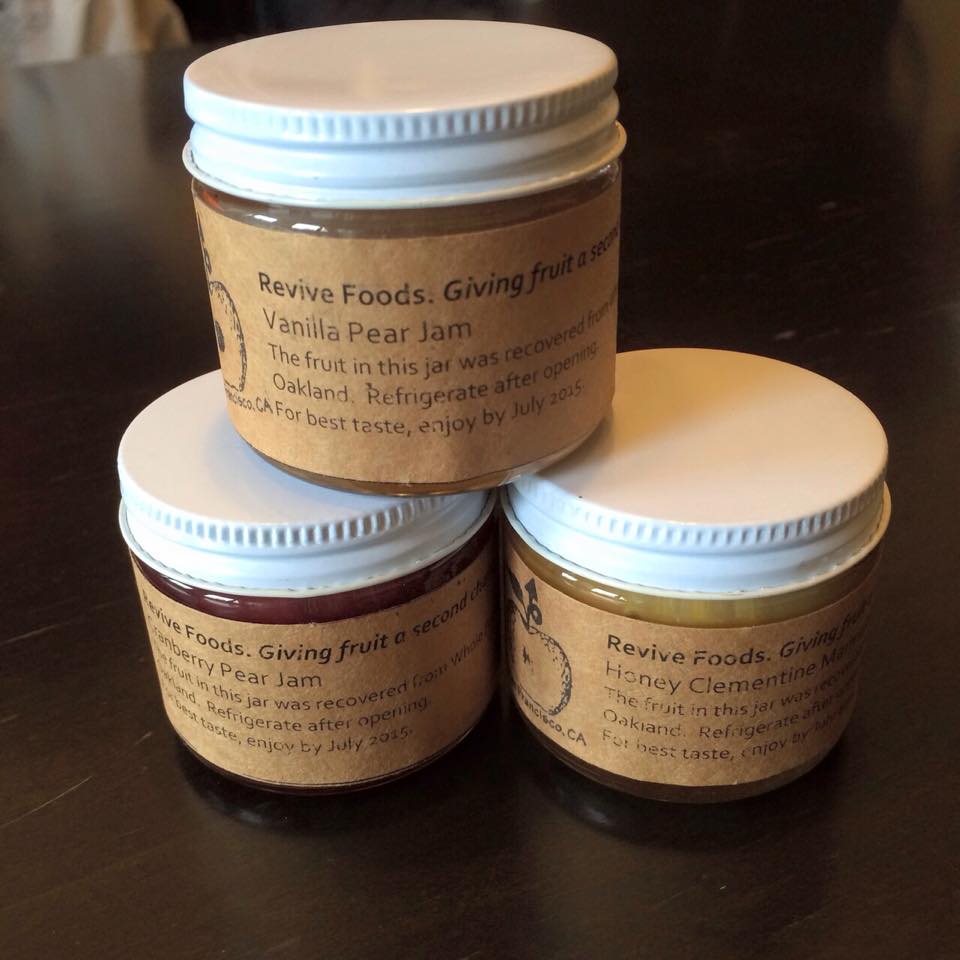 The company makes jam from fruit that would otherwise be discarded. (Revive Foods via Facebook)

Where are you getting your produce?

We've been piloting the model for the past couple of months, working on recovering fruit from Whole Foods in Oakland and Good Eggs in San Francisco.

We are about to launch a partnership with the San Francisco Wholesale Produce Market, Veritable Vegetables, and Feed Sonoma. Working directly with wholesalers makes more sense [in terms of] time and cost. We will be buying fruit wholesalers would otherwise have to pay to dispose of. They get new product in daily and can only donate so much to the food bank, so they are happy to be working with us on this project.

What are your next steps?

Scaling the business. We believe that if we are going to make a dent in the food waste problem, we need to scale this project nationally.

As of right now, the two of us make all the jam. Starting in May, we will be working with a food processing facility. We will give them our recipes and they will make the jams.

We are also planning to launch a Kickstarter campaign to help us begin online sales. Right now, we are making sure all our ducks are in a row to prepare for our partnership with the produce wholesalers.

Where can we buy your jam?

So far, we've been testing out different recipes and donating most of our products or using them for tastings for feedback. We are planning a soft launch in April in the Bay Area and are planning to start selling jams online by July.

Thanks for taking the time to talk with me. I'll be on the lookout for your jams soon! 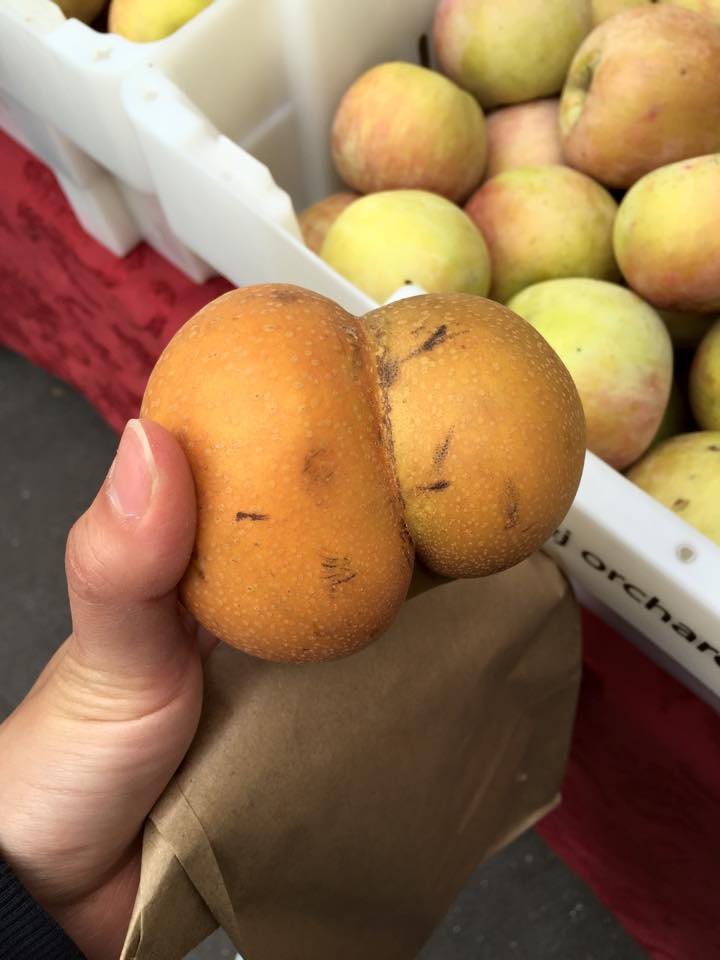