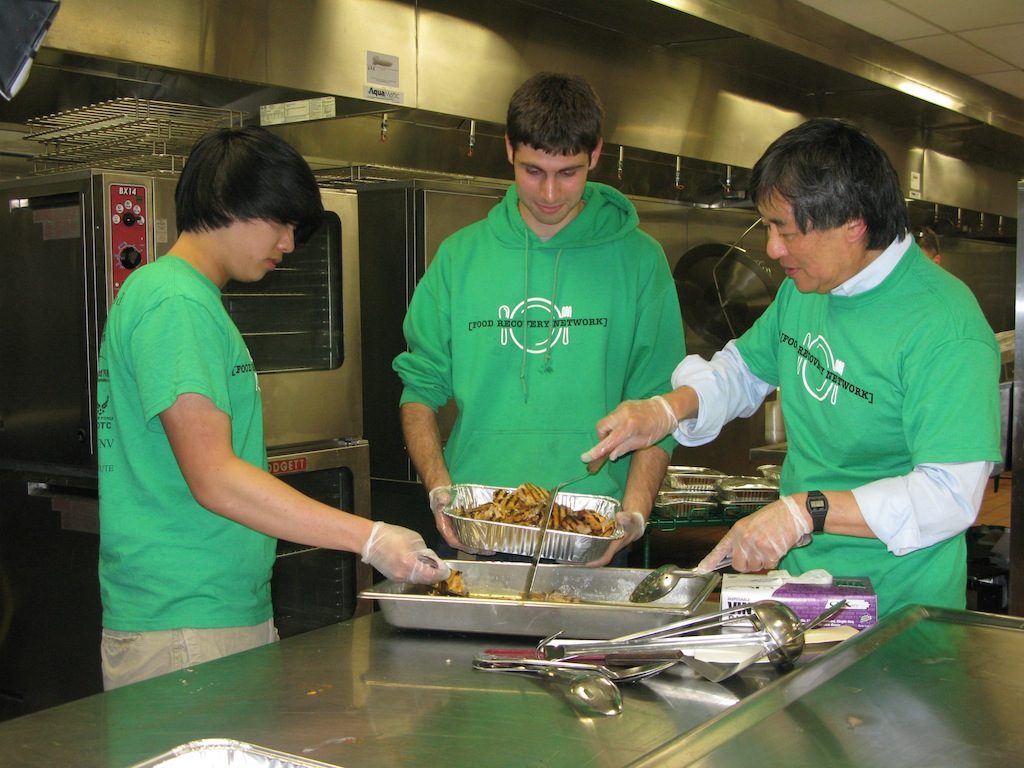 All sorts of common good comes out of universities including knowledge, activism, culture, and art. They can also generate a lot of waste. As previously noted, the Post-Landfill Action Network is doing something about one part of that equation by collecting books, furniture, and supplies from outgoing students at the end of Spring and reselling them to incoming kids in the Fall.

Tackling another part of the campus waste problem is the Food Recovery Network. Founded in 2011 by Ben Simon at the University of Maryland, College Park, the group collects uneaten food from campus cafeterias and donates it to local shelters, churches, and other programs feeding hungry people. In just two years, Food Recovery Network has branched out to 60 schools across the country and has served more than 267,000 pounds of food to people in need.

The main message of the Food Recovery Network is that the U.S. doesn't have a food shortage problem; it has a food distribution problem. In fact, Americans waste more than 70 billion pounds of food every year while 50 million of our neighbors suffer from food insecurity. As Simon says, college campuses are a great place to start shifting that dynamic — a single cafeteria at his school has nightly food overages of up to 200 pounds that were previously going to landfills or compost centers. With Food Recovery Network on the case, those nightly overages are now going to feed about 150 people.

Food Recovery Network aims to be on 1,000 campuses by 2018. Get involved and start a chapter at your college.