How to Design for Social Inclusion - Shareable
Skip to content 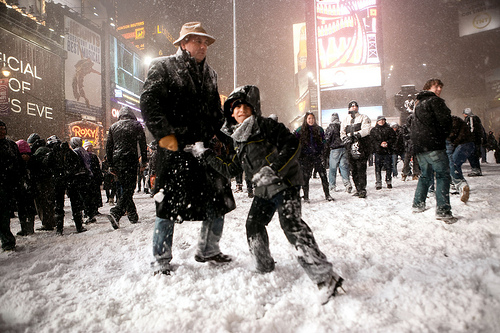 Much has been published about the decline of public life and how sprawl is ruining the social fabric of our cities.

Jane Jacobs, in her book The Death and Life of Great American Cities, was one of the first to really speak out about designing for people and community.

And in many ways, today's Green movement has grown in response to issues of sprawl and expanding infrastructure. By conserving energy, resources, and materials, we are in essence thinking beyond ourselves, to other people, a process happens to be at the core of our neighborhood social fabric.

Thus a focus on natural resource conservation converges with another, perhaps more important, type of sustainability: a socially sustainable community.

Much of the time, we fail to realize just how “good” something is until we no longer have it. It is no different with our need for social interactions.

“Social bonds are the most powerful predictor of satisfaction,” writes Robert Putnam in his book, Bowling Alone: The Collapse and Revival of American Community

Not only do social bonds affect life at the scale of an individual or family, but also at the scale of a city. Our cities suffer due to the lack of people involved in public life. Seventy years ago, urban historian Lewis Mumford argued that “suburbia is a collective effort to lead a private life." Unfortunately, that collective effort broke down America's urban social capital. 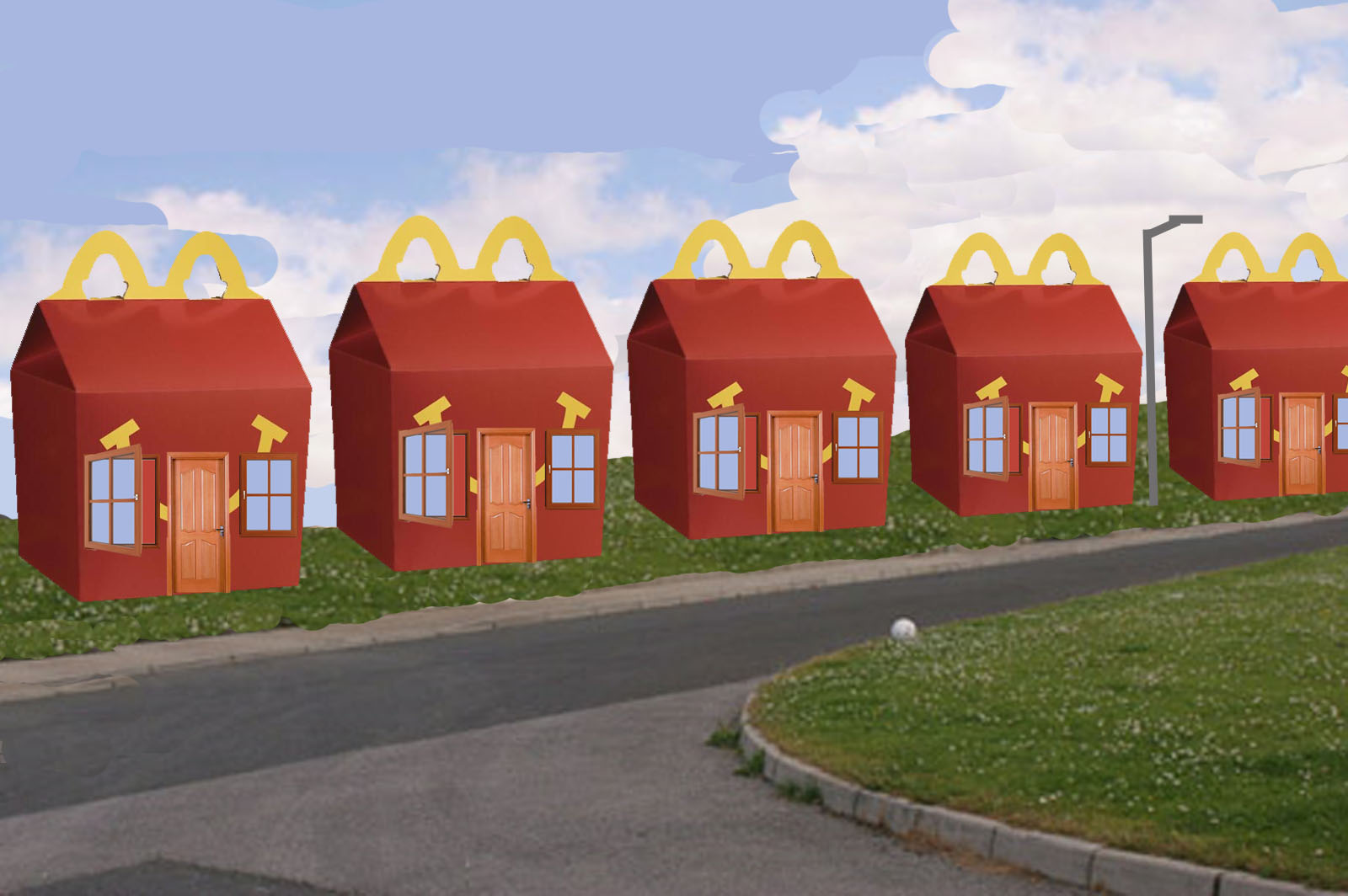 As a result, suburban life consists of a series of private homes, whose residents spend a lot of alone time in cars traveling between separate zones. This helps to isolate people, and it detracts from social interaction within our neighborhoods, simply because there are not as many opportunities to cross paths with other people. 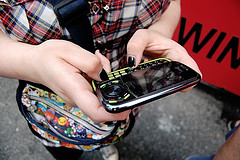 In recent years, we have seen technology step in to fill this need, from our mobile phones to the Internet. I question whether social networking sites such as Facebook, Twitter, or MySpace would even exist without the social breakdown of our communities due to suburban development.

These applications do for us what our built environments can no longer do – create opportunities for social interaction, filling a need and desire that we all have to be able to communicate with our family and friends.

But however good these social networking sites may be, they cannot build social capital as well as our buildings and streets can. Our built environments have something more to offer.

That something is people; real, live, flesh and blood people.

Management guru Joseph Pine has suggested that we are living in the "Experience Economy," and that we all crave active participation in social interactions. If that's true, face-to-face conversation remains the best way to be immersed and socially active.

It is only through this one-to-one conversation that we can read body language, hear inflections in the tone of another’s voice, and in general communicate more effectively. There are so many verbal and nonverbal cues used when we socialize in this manner.

Why focus on social psychology? Because as community designers – and in a sense, we are all capable of designing community, professionally or not – we can have more impact on the social capital within our built environment than we realize. 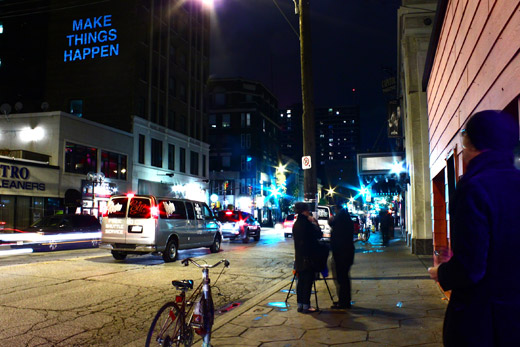 We may not be planning new cities and neighborhoods on the scale of Songdo City, Korea. We may not be breaking down the barriers of a gated community. But how we affect the design a building or group of buildings can have more impact than one would think, because we are affecting the everyday social interactions of people.

The Architecture of Connection

How can we make space more socially inclusive?

Take, for example, a typical office building tenant space, because we all spend a considerable amount of time at work. 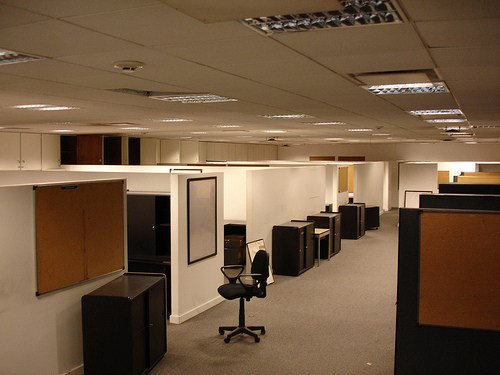 Typically, managers and executives want to have the "the corner office with the window." This means that the workspace is designed with offices around the perimeter. Private meetings take place within these private offices, so they must have doors, and most likely no window facing into the building.

This serves to separate the executives from other employees, a design that will shape the interface between the two groups. This then leaves the center area of the office as one large open workspace, with the most efficiency gained by arranging cubicles in rows to accommodate all of the other employees.

How might this typical office space be designed to be more socially inclusive?

Let’s look at an alternative, which I and my architecture firm had a hand in creating. The space in question covered the entire second or upper floor of an office building. There were eighty to one hundred employees.

With that many employees grouped together, one would think that it would be easy to encourage social interaction. But if everyone is located in one large space, as in the typical office design, people actually feel less social because they are intimidated by the sheer size of the group.

To begin designing for social inclusion, we asked ourselves a few questions: 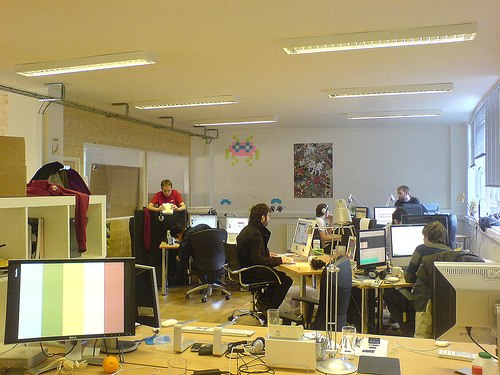 Because “many studies have shown that social connections with coworkers are a strong predictor – some would say the strongest single predictor – of job satisfaction,” as Putnam writes, the solution that was arrived at in this instance was to create four distinct "neighborhoods."

Each neighborhood consisted of 20 to 25 people and was located in each corner of the office, visually separated from the other neighborhoods. Walls between desks were removed or kept low in an effort to open the space up.

The intention was to create small enough groups so that everyone within that neighborhood can become acquainted with one another and develop good working relationships. As a result, these groups tend to become a mix of executives and employees who socialize with one another, including activities outside of the workplace.

Another example: The typical nursing home is designed with efficiency and the caregiver in mind. By arranging rooms along double-loaded corridors branching out from a central core, you create the most efficient scenario from the caregivers’ or nurses’ point of view.

But, again, in tackling a nursing home project, we asked some critical questions. 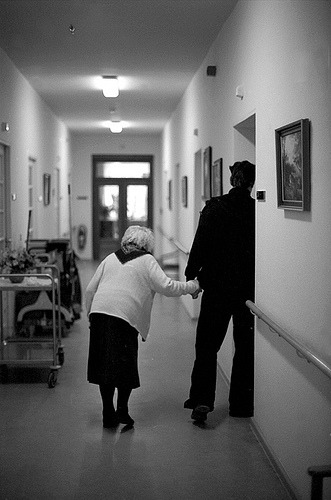 To start, the long double-loaded corridors do not create a sense of place and do not provide opportunities for residents to get to know the person next door.

The alternative is to create separate, smaller neighborhoods, or pods, that allow the rooms to face inward, which provides opportunities for social interaction.

In addition, all of the services – such as medical supplies, dining space, nourishment center, and living spaces – are localized.

Residents don’t need to travel as far to access things for their daily use. This also gives them an opportunity to look out the door of their room and recognize other residents sitting in a common living space.

By creating localized neighborhoods and sharing facilities on a smaller scale, you are in essence providing a neighborhood community setting for residents. The residents are then able to develop bonds with those that live and work around them and are able to look out for one another. 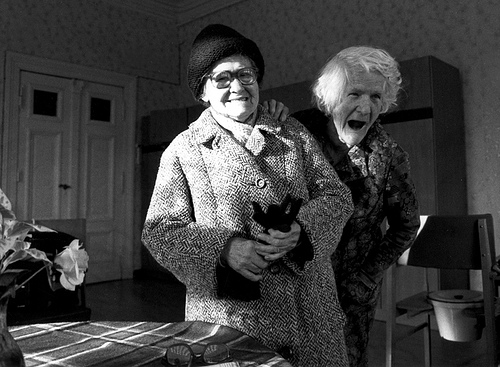 In a sense, we as designers of the built environment around us are all social scientists. If we start to think of ourselves in that context, we will begin to consider people as the basis of our designs. After all, isn't a neighborhood about bringing people together?

Aaron Arbuckle is an associate with Architectural Nexus in Salt Lake City, Utah. An architect by day and a student of urban planning and social theory by night, he is

Aaron Arbuckle is an associate with Architectural Nexus in Salt Lake City, Utah. An architect by day and a student of urban planning and social theory by night, he is involved in urban design and public projects.