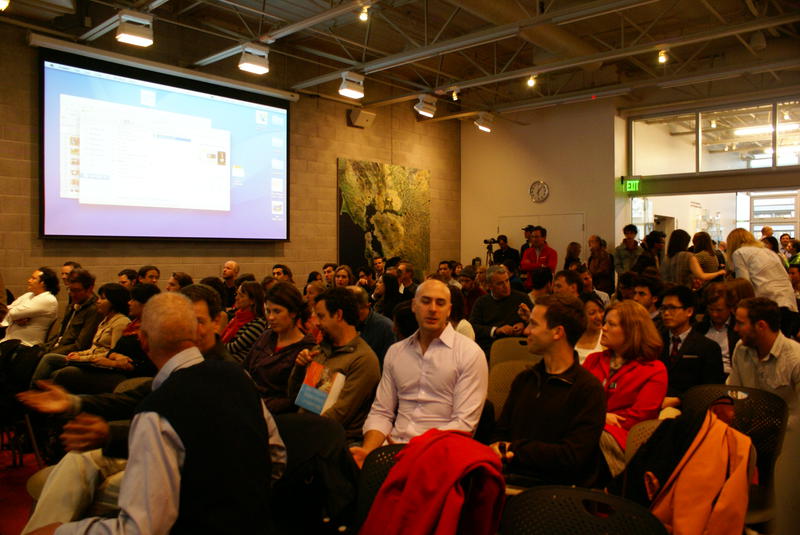 In the wake of San Francisco Mayor Ed Lee’s announcement of a Sharing Economy Working Group, SPUR hosted a panel on the topic of cities, policy and the peer-to-peer platforms that are proving to be more than just a trend. Also co-sponsoring the event were TechCentralSF, sf.citi ( ); and Shareable.

[image_2_big]Mayor Lee kicked off the evening by emphasizing his interest in the innovative sharing economy, and how businesses in the space can benefit San Francisco. He spoke of the new working group and a new tax structure that “doesn’t punish the inventiveness that we want to have in the city.” Following Lee were Supervisor Scott Weiner and Board of Supervisors President David Chiu, who asserted that he wants San Francisco to not only be “the capital of innovation, but the capital of the sharing economy.”

The panel was bursting with thought leaders in the space:

If you’re wondering why cities should be interested in collaborative consumption companies, you should be reading more Shareable articles… But take carsharing for example. Neal Gorenflo, Shareable’s publisher, noted that owning a car is the second highest household expense. If San Francisco reduced car ownership by 15,000 vehicles, the city would retain roughly $127 million in the local economy annually. How? Only 20% of expenses for cars stay in the local economy. That’s just one reason why cities should care about this exploding industry.

[image_1_big]As Nath reminded us, cities are the original sharing platform: we share parking spots, library books, buildings and natural resources through our parks. So what can a shareable city do to help cultivate this new economy?

For one, it should consider the opportunities rather than simply finding ways to regulate. Last week, San Francisco’s Tax Collector’s Office called a hearing to address imposing a transient occupancy tax – or “hotel tax” – on Airbnb hosts. If this were to pass, hosts would have to pay a 15% tax on their transactions. This code was written in 1961 and Airbnb – along with over 50 emotional hosts in attendance who use the service to pay property taxes, mortgages and more– asked for a more appropriate policy from local government; one that doesn’t impede this extra source of income for residents, not to metion the economic boon to neighborhoods infrequently visited by traditional, hotel-staying tourists.

Small businesses use "task rabbits" (the name for people performing services on the platform) for on-demand labor forces or for delivery services. Busque said that many of these deliveries are performed with personal vehicles and it would be especially helpful if the city were to provide parking perks for small businesses supporting these peer-to-peer services.

In addition to the regulations and government incentives, it’s also important to think about how communities are impacted by the sharing economy. Not only do these platforms act as a gateway for tourists and locals alike to discover new neighborhoods and local gems, but also they can bridge the gap between the haves and the have-nots. When asked how these companies were actively trying to reach underserved communities, Vayable had a standout answer. While volunteering in the Tenderloin (a marginalized San Francisco neighborhood), Vayable’s team met Milton, a local homeless man. They realized that few people know what it’s really like to be homeless so they asked Milton if he wanted to be one of their guides. While at first the team had to facilitate Milton’s tours, he has now earned enough money to buy a cell phone so he can organize them himself. Perhaps more impressive, the Deputy Mayor of Atlanta has taken Milton’s tour in an effort to inform policy on homelessness in his city.

This is a momentous opportunity for San Francisco to show the rest of the country how a shareable city can benefit everyone from the tourists to the residents to the business owners. As Molly Turner so aptly stated, this is not a battle between the old economy and the new economy; there’s a place for both and we should make sure that governments accommodate us all.

Ali Hart is a media strategist and content producer with a passion for behavior change, collaboration and storytelling. Her background in the Entertainment industry, penchant for humor and MBA in

Ali Hart is a media strategist and content producer with a passion for behavior change, collaboration and storytelling. Her background in the Entertainment industry, penchant for humor and MBA in Sustainable Management from Presidio Graduate School are Ali’s secret weapons in her quest to make sustainability inconveniently fun. Follow her: @traHilA