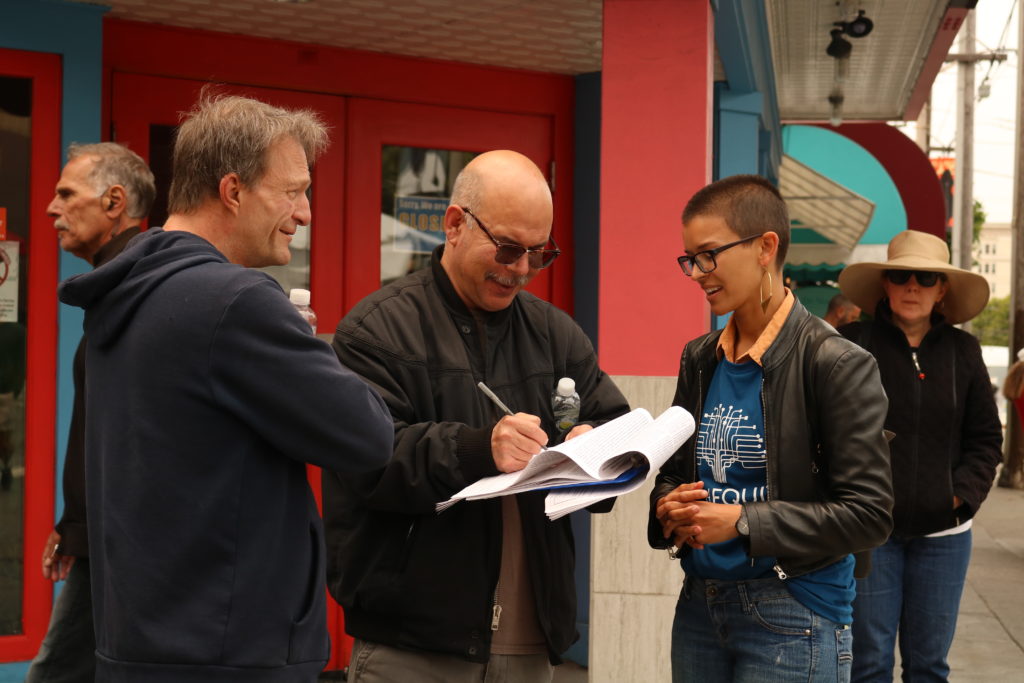 As tensions between tech companies and their surrounding communities in cities like San Francisco, Seattle, and Austin continue to escalate, there's an effort underway to find meaningful, collaborative solutions. From driving up the costs of housing to increasing traffic congestion, employees of large-scale tech corporations have been blamed for intensifying socio-economic inequalities. But some workers are taking matters into their own hands. Recently, Google dropped its Project Maven collaboration with the Pentagon after employee pressure.

Coworker.org, a nonprofit based in the U.S. that enables workers to start campaigns to change their workplaces, received more inquiries from employees at tech firms about using the platform following the election in 2016. Yana Calou, the group's engagement and training manager said: "They were really concerned about their jobs being used towards things that they were not really comfortable with."

Another organization leading this effort in the San Francisco Bay Area, home to several of the world's largest technology companies, is the TechEquity Collaborative, which is taking more of a grassroots approach.

"No one was looking at the rank and file tech worker as a constituent group to be organized in a political way," says Catherine Bracy, executive director of the TechEquity Collaborative. "There is a critical mass of tech workers who feel a huge sense of shame and guilt about the role that the industry is playing in creating these inequitable conditions, and want to do something different about it. They are hungry for opportunities to learn and be out there and contributing to solutions."

TechEquity's model — as its names states — is a collaborative one. Instead of dictating solutions, the organization works on connecting tech workers with affected communities to foster a shared approach to reaching potential solutions.

"It's not just a political strategy, it's an end in of itself," Bracy says. "We need to develop stronger relationships based on trust if we're going to live in a world where tech can be a value-add for everybody, not just the people who are getting rich from it."

This connects with the challenges facing another key group — gig workers. Many gig workers have seen their livelihoods directly impacted by the growth of platforms like Uber, Taskrabbit, and Amazon Mechanical Turk. Coworker.org is also helping gig and contract workers organize campaigns. One of those campaigns, started by the App-Based Drivers Association, a group for drivers working for various app-based companies, targeted Uber, which refused to make in-app tipping available to all of its drivers based in the U.S. Organizers believe this campaign played a role in the ride-hailing giant adding tipping in June 2017.

Coworker.org's platform allows for a similar function — workers can build networks within the platform to stay connected after the completion of a campaign. For gig workers who work in isolation, this can be a powerful organizing tool. There are currently approximately 6,300 Uber drivers on Coworker.org. Calou sees potential for these networks to increase the power of gig or contract workers who are often at the periphery of the tech industry.

"One of things that we're doing is thinking about is how can workers at these companies join employee networks where anyone has ever signed a petition on Uber then has a platform where they can connect with each other and have a more sustained, long-term view of things they want to get together and work on," says Calou.

For Bracy, building worker power within the industry and partnerships with communities everywhere are key steps towards restoring the promise of the internet and digital technology to connect people.

"I still think the internet is the most powerful for democratizing communication in human history, and we've seen a lot of bad, but there is a lot of potential for good, but we have to do the work to pull the industry in that direction to make sure that promise of the internet is kept," Bracy says.