This article was first published by Community-Wealth.org

Although worker cooperatives are gaining traction in many cities nationwide, one challenge they face as a movement is their ability to operate on large scales. Some argue that cooperatives can’t extend their benefits to larger audiences because of their focus on democratic participation and involvement of all individuals in proceedings of the organization. In other words, the famous cooperative tagline of “one worker, one vote” might seem to be a barrier to cooperative expansion. But what if worker-owned businesses could “cross-pollinate with other cooperatives and clients to achieve economies of scale?”

So imagines Emma Yorra, Co-Director of the Cooperative Development Program at the Center for Family Life (CFL) in Sunset Park, Brooklyn. Yorra works with a number of neighborhood-based worker cooperatives incubated by the CFL, including the housecleaning cooperative Si Se Puede! (or “We Can Do It!”) – a business run by women, for women, whose goal is “to create living wage jobs that will be carried out in a safe and healthy environment.” Si Se Puede! is one of a growing number of women’s cooperatives focusing on innovations that will allow them to expand offer their services to a broader array of clients and consumers.

Si Se Puede!, specifically, is reaching beyond the traditional pathways of word-of-mouth advertising in order to expand their client base and compete with new digital platforms. As Yorra revealed last Fall at the Platform Cooperativism conference in New York, Si Se Puede! is working with a group of MBA candidates from Cornell Tech to develop an app that goes beyond just scaling the cooperative: it seeks to create a platform that elevates Si Se Puede! into the heights of the digital age, allowing them to offer home cleaning services to a wider spectrum of clients through a brand new customized smartphone app. 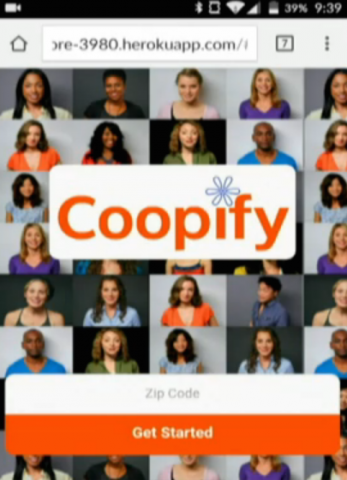 The app, known fondly as “Coopify,” began as a dream to connect low-income workers to the “digital sharing economy” not as precarious cogs in an impersonal machine, but on their own terms. Melina Diaconis, one of these Cornell Tech candidates who helped develop the app also spoke at New York City’s Platform Cooperativism conference, shedding light on the key features of the platform and the process by which they designed them. “At its base, Coopify is a way to get worker coops in New York City off their existing databases,” she said, which will allow scalability because the companies won’t have to rely on the bottleneck of office managers for bookings. In accordance with the core values of cooperatives, Diaconis assured that “money is going to the worker, not the business of the Coopify platform.”

How did the Cornell Tech group link with workers at Si Se Puede! to develop the app in the first place? That connection was made possible by Robin Hood, an organization dedicated to fighting poverty in New York City. Robin Hood focuses on the employment landscape and supporting low-income New York residents who do task-based work, making Si Se Puede! perfect candidates for application of the research they had done grant awarded to develop the app. We spoke with Robin Hood’s Steven Lee, one the principal organizers of the collaboration between Si Se Puede! and the Cornell Tech development team. Lee says Robin Hood facilitated the project as an opportunity to develop an app that could provide the much-needed technology that could help take cooperatives to scale, thus allowing low-income workers to penetrate the tech “sharing economy” field.

According to Lee, the partnership has been in the works for almost two years. In past technology development projects, he says, “workers can’t really benefit to the extent to which they should because the platform developers take a slice off the top.” What Robin Hood hopes to do instead is allow the workers themselves to “get more” from this app, meaning that the new platform gives workers increased wages and ownership rights.

In order to do this, Diaconis emphasized that the aim of the partnership was not to reinvent the wheel of app platforms; instead, the team spent the two-year collaborative process “constantly reflecting on the ownership structure of the technology itself” to incorporate the cooperative foundations of Si Se Puede! into the design of the app. To this end, according to Lee, they invested substantial development time and resources to make the appas inclusive as possible of the needs and desires of the actual co-op members. 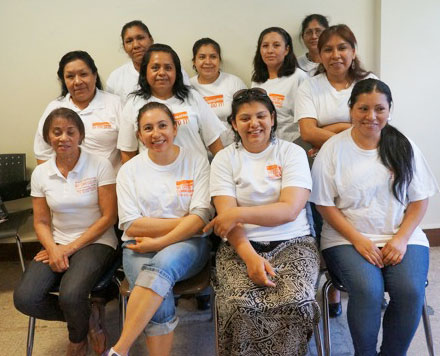 Lee explained that from the very beginning, the relationship of the Cornell students with Center for Family Life was to be very collaborative and inclusive of workers. They strived to avoid the detachment associated with “working from Google headquarters.” In other words, the Cornell students were involved with the workers in incorporating their visions into the app from day one. Diaconis corroborated this in her presentation at the Platform Cooperativism conference – she excitedly recounted interviews with both higher-up leadership at the CFL and individual co-op members convened by Robin Hood. After a year of independent research and thousands of hours of collaborative development, the Cornell team arrived at a final product, whose unique features include:

Coopify arrives at the scene at a time when consumers increasingly rely on technology for connect to services. From Uber to Favor, Coopify would join a long list of new apps that erase the middle-man from the hiring process, allowing consumers to access services conveniently and efficiently. But what sets Coopify apart from these apps is that it was designed in collaboration with the workers, thus reflecting the community’s needs. Unlike the Handy platform, which Yorra describes as a “faceless yellow dismembered hand that cleans your house for you,” Coopify wants to bring a face and a sense of community to the app-based booking world.

What are the possibilities for this model of collaborative and inclusive app development to be extended to other organizations, sectors, and localities? Lee envisions that this app could be extended to task-based workers working outside of the cooperative framework, since the actual number of worker cooperatives,while certainly growing,is still very small relative to the amount of workers who could benefit from technology designed with their needs and interests in mind. Such a strategy could provide a powerful pathway for app-based workers to federate into new worker cooperatives. On the consumer side, Lee hopes to see the app adopted by  businesses and institutions looking to hire workers, not just individual clients. The opportunities for expansion are virtually limitless. “What if the City of New York used Coopify as a platform to hire low-income workers?” suggested Lee. If they could begin contracting with city governments or larger organizations, he says, the workers and cooperatives could “tap into billions of dollars in contracts.”

Robin Hood and the CFL plan to officially unveil Coopify in beta form this Spring, and after six months of planned user testing in real time, they plan to go live with the app in Fall of 2016. It remains to be seen how the app will take root, but judging by the calculated approach and dedication of the various teams developing this app, it’s bound to be more than a faceless yellow hand of Handy – instead, it will connect to workers directly to their consumers using a cooperative app that they themselves had a hand in developing.

Michelle began working at the Democracy Collaborative in Fall 2015 after graduating from Georgetown University with a Bachelor’s degree at the School of Foreign Service. Her studies focussed on environmental

Michelle began working at the Democracy Collaborative in Fall 2015 after graduating from Georgetown University with a Bachelor’s degree at the School of Foreign Service. Her studies focussed on environmental justice, globalization, and critical theory. She also studied sustainable community development and urban agronomy for a semester in Santiago, Chile, where her Spanish accent became quite distinctive. Before joining the Democracy Collaborative, Michelle spent most of her time organizing for social justice on-campus and teaching in Ward 7 of Washington, D.C., where she co-founded a youth-centered community garden in the Parkside-Kenilworth neighborhood.