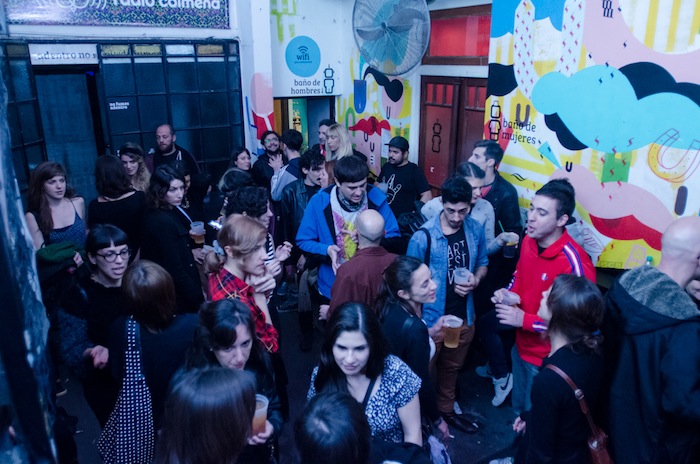 On Dec. 2, 2016, a fire tore through an artists' warehouse in Oakland, California, claiming the lives of 36 people. Dubbed the "Ghost Ship," the communal space was not only a concert venue, but also a refuge for artists, in a city mired by a housing affordability crisis. A little more than a decade ago, a similar tragedy struck Buenos Aires, Argentina. On Dec. 30, 2004, a fire broke out at the República Cromañón club during a concert, killing 194 people. Following the devastating fire, upcoming artists' spaces and cultural centers were met with stiff bureaucratic resistance.

In response, a group of five young people with little knowledge of management but an extremely strong drive to leave a mark in the city founded the Matienzo Cultural Club, a thriving worker-managed cooperative for artists, actors, and musicians, in November 2008. What they've created might serve as a template for groups around the world that are seeking to build sustainable arts spaces.

"We did not know where we were heading or what we wanted to achieve, although we did know that we wanted collective work, an entity that would listen to the community," says Juan Aranovich, one of the founders. On Pringles Street, in the boundary of the city's Palermo and Villa Crespo neighborhoods, the Matienzo Cultural Club sticks out like a lighthouse. The founders came from different walks of life, Aranovich explains. He worked at Microsoft. His partners worked as a sociologist, a lawyer, an industrial designer, and an architect.

With an initial investment of 100,000 Argentine pesos (around $6,000), they rented the first house on Matienzo Street. The first event they hosted was film screenings on the rooftop. That was followed by recitals, plays, lectures, readings, and workshops. Matienzo grew by leaps and bounds in the first five years. The original building ended up being too small so they moved to a new, larger space in 2013. 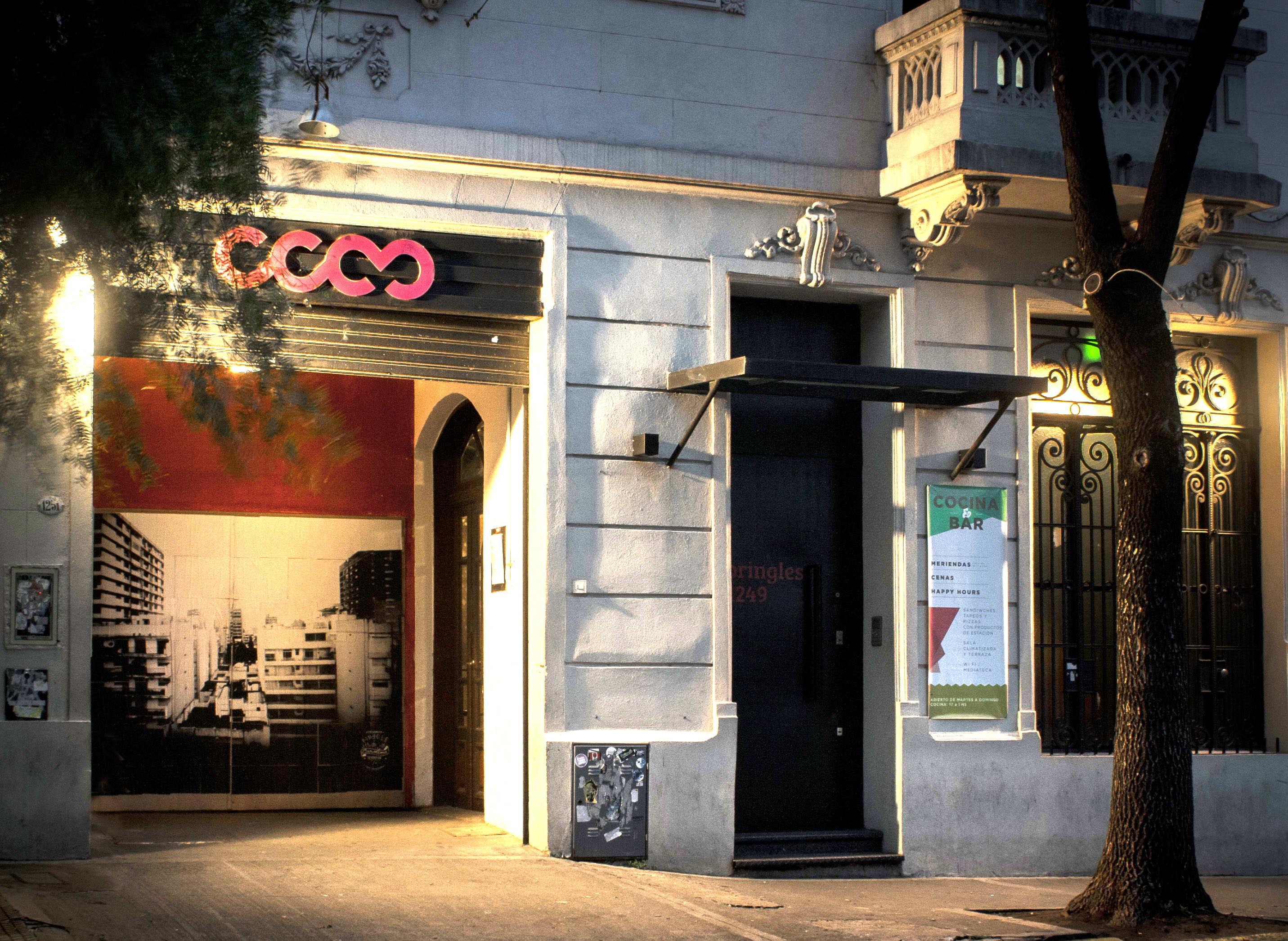 An outside view of Matienzo Cultural Club in Buenos Aires. Photo courtesy of Diego Geddes

In those initial years, the five founders led a double life of sorts. They kept their jobs in the corporate world and learned about cultural management on the side: putting on art shows, hosting recitals, and organizing festivals. They learned how to work with food and drinks suppliers. They essentially turned into entrepreneurs.

"Money has never been a goal in Matienzo, although we had to decide on a model of sustainable business," Aranovich says. "We wondered if what we were doing had any value at all. The financial system said it did not, because nobody would lend us a cent. We finally decided to do something which we called a 'Fund of Cultural Investment,' to see if there were people willing to bet on us."

The founders decided to turn to the public for support: They presented a business plan and offered to share their profits with those who were willing to invest money in the club. They got 25 investors and reached a capital of one and a half million pesos ($200,000).

They continued with this collaborative approach by connecting with other local arts and cultural spaces for support instead of competing with them. For example, to buy supplies for the club, they worked with other groups and used collective purchasing power to get lower prices from vendors. The model they've pioneered has been replicated by approximately 150 cultural centers in Buenos Aires. Aranovich and his team brought the collaborative economy to the arts and culture sector in Buenos Aires and showed the city just how successful an entity can be when it's based on sharing and collaboration instead of competition.

As for the programming, they've brought on both little known and well-established artists. "Matienzo has the advantage of surfing between the mainstream and the underground scene," says Sato Valiente, a musician who has played at the original Matienzo and in the new building. 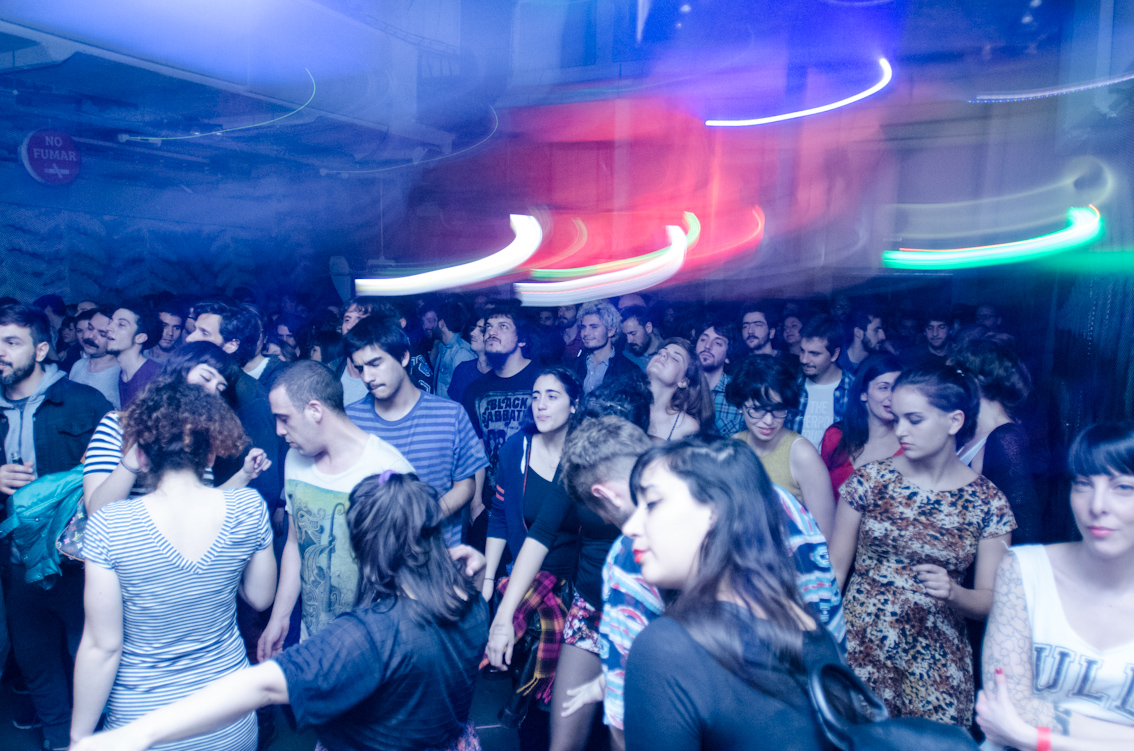 Matienzo Cultural Club has become a hub for people to collaborate, make and share art, and dance the night away. Photo courtesy of Diego Geddes

In the club's early days, it served as an intermediate step for bands — between small, local venues and the larger stages in Buenos Aires like La Trastienda, Niceto, and Gran Rex Theater. The stopover at Matienzo was considered a turning point in the career of artists, actors, and musicians.

Aranovich says that while they have focused mainly on music, theater, and art until now, they want to start addressing social justice issues. "Not to boast, it is clear that our major role is as a cultural center, but we are already thinking of the social transformation through culture," he says, adding that they are looking into infusing feminism, indigenous people's rights, media activism, and other issues into their work.

Last year, Matienzo hosted more than 700 events. Over 300 bands played on the main stage and 400 students participated in 70 workshops. Matienzo's achievement not only represents teamwork, but the strength and value of constructing a community identity through collaboration. The club's formula for success was born from the entrepreneurship and community-oriented approach of five young people — who bet on culture on a small scale, with new artists and a direct rapport with the public — to create a bustling new avenue for cultural events in Buenos Aires.

Header photo of an event at Matienzo Cultural Club in Buenos Aires, courtesy of Diego Geddes.