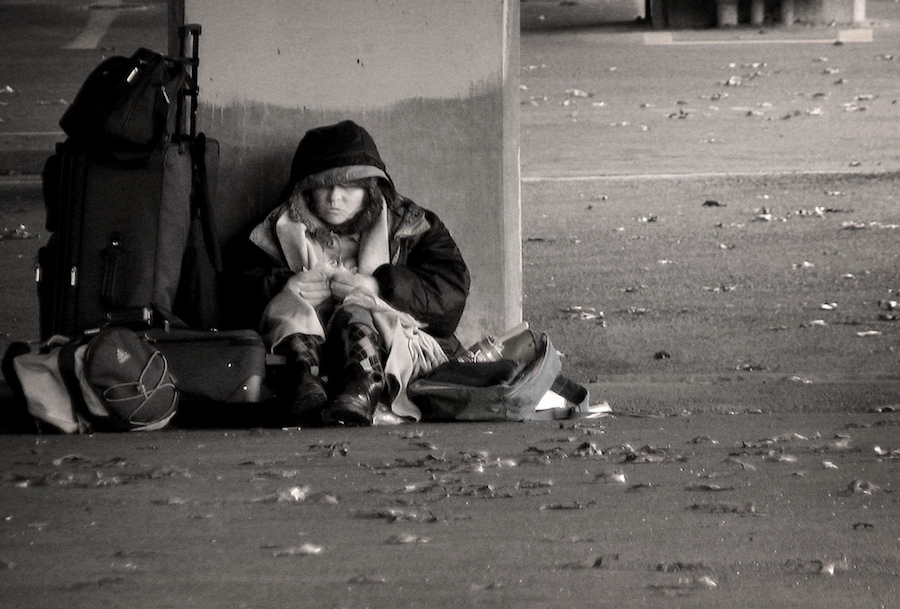 Cat Johnson|February 6, 2017
During an end-of-year fundraising campaign for local nonprofits, Good Times, the alternative weekly newspaper in my hometown of Santa Cruz, California, raised $178,000. Dubbed Santa Cruz Gives, the project made it easy for people to donate to numerous nonprofits through one website. It also tracked how much each nonprofit received. One of the top three programs was our local warming shelter service. The mission of the Santa Cruz Warming Shelter Program is to prevent hypothermia-linked health issues among the local homeless population by providing a warm, safe space to sleep on stormy nights.
The climate in Santa Cruz is mild, but temperatures do occasionally dip below freezing. During those times, the Warming Shelter puts out a community alert about warming center locations in the area as well as details about how to reach them on shuttle buses. When poeple arrive at the warming shelters, which are located in churches, community buildings, and meeting rooms, they have access to floor pads and clean bedding. They also receive soup, coffee, and other food items. The shelter program is activated when the temperature drops below 35 degrees (37 degrees following a day of rain) and during severe rain storms.
The idea for the warming shelter came about in 2013, when — during an extended cold snap — four people died in neighboring Santa Clara County. In an effort to prevent the same from happening in Santa Cruz County, a group of community members started working toward a local warming shelter program by launching a crowdfunding project.
The Santa Cruz Warming Shelter Program is one of countless centers across the country. The popularity of these pop-up shelters appears to be growing, with warming shelters found in Chicago, New York, San Francisco, Boise, Austin, Philadelphia, Los Angeles and many more cities, large and small.
For example, in Portland, Oregon, warming centers have the capacity to serve around 1,600 people per night. Municipalities in the Chicago area have opened warming centers in fire stations, public libraries, and recreation centers.

The fact that the warming shelter project has attracted so much support in Santa Cruz speaks volumes about a growing willingness to support community-based solutions that have the potential to save lives.