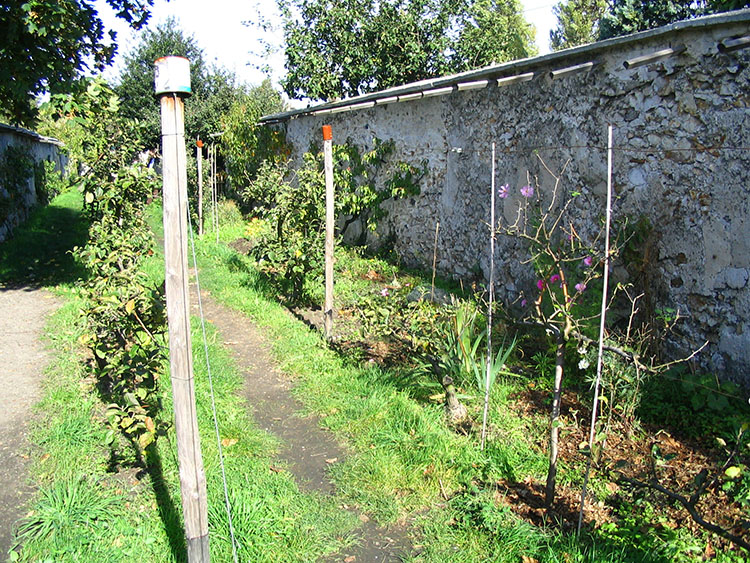 Here’s the problem: Les Murs à Pêches is a maze of walled gardens stretching over 35 hectares (around 86.5 acres) in Montreuil, in the middle of the Paris megalopolis. This site was established five centuries ago and developed over time, as residents found out they could grow peaches because of the microclimate generated by a network of walls that accumulate heat during the day and release it at night.

Over the course of the last century, the commercial culture of the fruit declined, and many walls began to slowly crumble. In 1994, the whole place was rezoned and 80 percent of the area was open for urbanization, putting at risk this unique horticultural heritage and opening the door to the privatization of land that was publicly owned. What was the best way to encourage city dwellers and the government to value and preserve Les Murs à Pêches?

Here’s how one organization is working on the problem: A nonprofit association called M.A.P. was formed in 1994 to advocate for the preservation of the site. Initially, the group wanted the whole site to be protected from developers. In order to increase the visibility of this unique site, local associations organized a multicultural festival.

As the result of this bottom-up mobilization, in 2003, the French government issued a decree to protect 8.5 hectares of the Mûrs à Pêches. A handful of cultural associations obtained concessions to use garden lots, opening them to the public. These associations, federated within the “Fédération des Murs à Pêches,” organize a cultural festival every year as a strategic effort to build a strong network of citizens who are ready to oppose future urbanization of the site. A second crucial element of the festival is to bring the distinct populations that form the city of Montreuil together, to reinforce social cohesion.