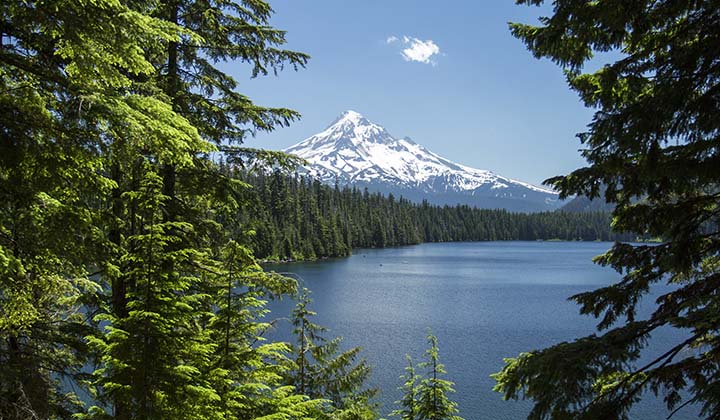 For nearly a decade, Nestlé Waters has attempted to extract and bottle water from the publicly-owned Oxbow Springs in Hood River County, Oregon. The people of Hood River County defended their water by bringing together small businesses, farmers and orchardists, native people, and others to stop Nestlé. They formed a group called Local Water Alliance. The group then put together a ballot initiative that would permanently limit the amount of water that could be bottled in the county. On Tuesday, May 17, 2016, the 22,000 citizens of Hood River County passed the ballot initiative with an impressive 68 percent of the vote.

The initiative, pushed forward by a coalition of disparate actors, amends Hood River County’s Charter by prohibiting commercial bottled water production in Hood River County. The Water Protection Measure (Measure 14-55) is a common-sense way to protect the local water supply for use by local families, farms, and fisheries. The Water Protection Measure will stop the production of roughly 750 million plastic bottles annually. That’s an elimination of 6 percent of water bottle consumption in the United States. It also sets an important precedent for water protection across the U.S., and it builds the strength of an ever-growing movement of concerned people fighting water privatization all over the world.

The Story of Stuff community made a huge difference by supporting the creation of an online campaign video, Our Water, Our Future. The Story of Stuff Project is shifting the balance of power by bringing to light the stories of heroic citizens who are taking on Nestlé around the world. Following the passage of the county ordinance, the city of Cascade Locks challenged it claiming that city rights supersede county measures.

Emily E. Skeehan is currently living in Tokyo, Japan and is a Sharing Cities Policy Analyst Fellow. She completed a one-year John A. Knauss Marine Policy Fellowship working for the

Emily E. Skeehan is currently living in Tokyo, Japan and is a Sharing Cities Policy Analyst Fellow. She completed a one-year John A. Knauss Marine Policy Fellowship working for the Administrator of the National Oceanic and Atmospheric Administration (NOAA) in Washington, DC. NOAA is a federal agency that enriches life through science by monitoring the condition of the oceans and the atmosphere. In her fellowship, she served as a liaison between NOAA headquarters and external stakeholders to advance the agency’s priorities including making communities more resilient to climate change. She also co-authored the Administrator’s monthly external stakeholder newsletter, translated scientific findings into actionable policy recommendations, and cultivated public-private partnerships. Emily has a M.S. in Marine Science from the Virginia Institute of Marine Science (VIMS) at the College of William and Mary and a B.A. in Environmental Studies with a concentration in Policy from Middlebury College. As a Graduate Research Assistant, she studied model policies and flood management strategies from around the world and investigated adaptation options to recurrent flooding in coastal communities in Virginia. For her M.S. thesis project, she assessed the resiliency of marine ecosystems to sea level rise and climate warming using a computer model. Prior to her graduate studies, she spent six years working on science-policy in New York at two international clean water advocacy organizations. Emily was the Program and Government Affairs Associate at Metropolitan Waterfront Alliance (MWA), a convener of over 550 member organizations working to protect, transform, and revitalize the NY/NJ harbor and waterfront. She engaged citizens and cultivated strategic partnerships, facilitated the update of New York City’s Comprehensive Waterfront Plan, and influenced local, state, and Federal legislation. Emily also worked as the Field Coordinator for Waterkeeper Alliance, an international grassroots advocacy organization founded by Robert F. Kennedy, Jr., where she led strategic planning to help organizations develop consensus-based planning documents. She worked with international grassroots advocates in their fight to protect clean water by advancing community-based solutions to local, national and international water quality issues. She studied abroad in Italy and New Zealand and her extensive travels have made her enjoy working at the local, national and international level to advance climate change mitigation and other challenges facing cities around the world.

Things I share: Ideas and best practices on environmental policy and sustainability as well as stories on climate change adaptation and other challenges facing cities around the world.