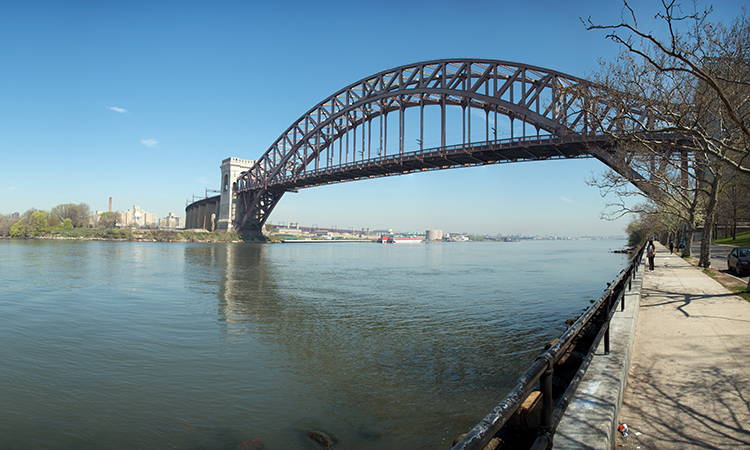 Here's the problem: Beginning at Lake Tear of the Clouds, the Hudson River cascades and winds its way through a beautiful valley for 315 miles, running alongside New York City in its last stretch before joining the Atlantic Ocean. The Hudson Valley has long been a muse for artists, a popular retreat for city dwellers, and a sanctuary for its residents, while its southern neighbor —New York City— continues to be a bustling metropolis.

However, the popularity of this region surrounding the Hudson has heightened the need to monitor the quality of its water and combat contamination flowing through increasingly overtaxed sewage systems. Although the passage of the NYS Pure Waters Bond Act and Clean Water Act —and most recently the Clean Water Infrastructure Act of 2017— have helped protect the River's water, a lack of investment in maintenance and upgrades to sewer systems threaten the health of the river, its watershed, and the people who use it.

The U.S. Environmental Protection Agency has estimated that 3.5 million Americans are sickened each year from contact with recreational water, primarily due to pathogens associated with sewage —yet there is little government data available to define when and where waters are safe for swimming. Hudson Valley communities have proposed as many as 300 wastewater improvement projects to combat contamination, but action on those projects has been slow.

Here's how one organization is working on the problem: To defend the health of the Hudson River and its communities, the Hudson Riverkeeper, a nongovernmental organization established to protect the Hudson from pollution, devised a community-led, water-quality monitoring program in which the public helps fill the vast data gap on the level of contamination and water quality problems. Unlike traditional citizen science projects —in which scientists define the problem and recruit citizens to help gather data— the organization's program began with a citizen team co-designing and leading the project with scientists from Columbia University's Lamont-Doherty Earth Observatory and Queens College, in New York. Both citizens and scientists own the results and the work.

Through the program, committed community members are trained in basic water sampling techniques to test for bacteria —indicating the presence of untreated sewage. The Hudson Riverkeeper's team and a growing number of partner labs perform these tests on a regular basis, including after heavy rainfall when contaminated runoff and other sewage leaks are heaviest. Certain scientific standards are enforced to ensure proper data collection, and all results are shared as an open-source model, meaning citizens are able to easily access and contribute to the data, empowering them to advocate for change in their own communities.

This piece was edited by Emily Skeehan.

Heartie Look is an advocate for clean water and environmental conservation. Born and raised in New York, the Hudson River is personally significant to her and her first job was with

Heartie Look is an advocate for clean water and environmental conservation. Born and raised in New York, the Hudson River is personally significant to her and her first job was with Riverkeeper as community outreach manager. Since then she has engaged the public, bridged partnerships, and worked in marketing and communications for environmental initiatives, including Conservation International, the Clinton Global Initiative, and the Central Park Conservancy.