Hacking the World at MakerLab Milan - Shareable
Skip to content 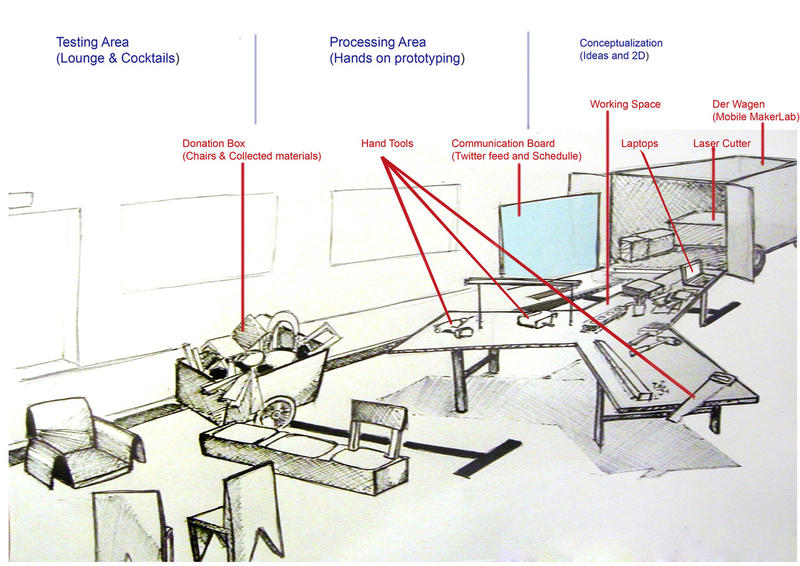 MakerLab Milan is currently taking place in Italy, hosting all order of cool and imaginative collaborative projects with the goal to hack the urban environment. The free-form event, which kicked off yesterday and runs through April 14, is described as “a space where people come together to share ideas, skills, tools and resources over a preset period of time. It is a space for co-production and creation.” It’s organized by a number of European-based hackers and creators, including Jay Cousins of Open Design City, who wrote a fascinating post for Shareable last week about ODC and hackerspaces.

The word “hack” immediately calls to mind tech-related applications, but MakerLab is welcoming creators of all kinds who want to hack their physical world just as one might hack software or hardware. One of the most intriguing projects is the Hack Your City project, in which the public is invited to bring their own chairs and physical materials and then “hack, modify and up-cycle them”. The goal of the exercise is to encourage residents to re-imagine their urban environments, giving them a framework with which they will take an active role in transforming their urban spaces.

Chasing the Buffalo from KS12 on Vimeo.

MakerLab Milan is only the first of a series of hubs scheduled to tour to various locations and events. More information can be found at the MakerLab website.