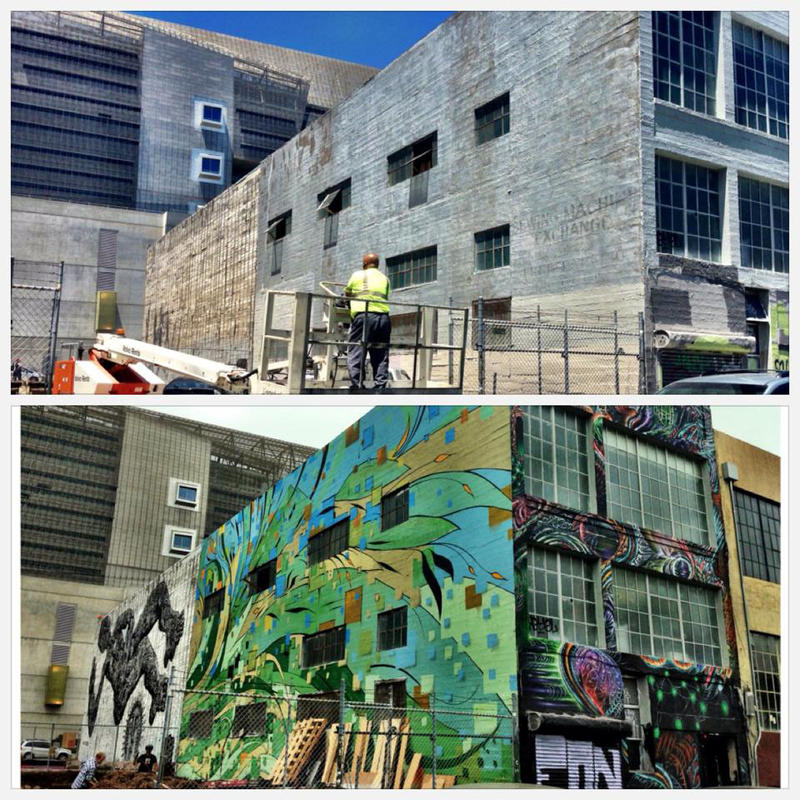 I’m sitting inside a vibrant 14,000 square foot warehouse in Central Market. Music serenades a group of energetic blues dancers on the main stage. Upstairs, the rapid neon lights of a laser dance party give way to the serene tone of a yoga class. In the next room over, a twelve year-old is describing his idea to combine the elements of play and learning that came out of a youth design thinking hack. This is freespace and it’s day 27 of a grand civic hacking experiment.

In my other life, I consult on economic development work for the city with a focus on the Central Market area, where [freespace] is located. The neighborhood is in transition, so I spent much of my time thinking not just about revitalizing the neighborhood, but also how to do it in a way that won’t push out the existing population.

Fast forward to May, when I was approached by my friends Mike Zuckerman and Morgan Fitzgibbons about the National Day of Civic Hacking. When they presented the idea to me about creating a community space as a civic hack experiment, I immediately saw the potential.

We sat down with a few mutual friends and talked about what to do for San Francisco’s Hack Day. To us, our city, with its parklets, progressive policies and pedal-powered festivals was already ahead of the curve when it comes to civic hacking. So we wanted to take it to the next level and go beyond the typical 48-hour hackathon that most people expect.

We had seen the impact that technology has to alter our world, but we also knew that people hold the power to make the changes they want to see in their cities and communities. We knew that once they were together collaboration would flourish naturally, and ideas would sprout up consistently. What was missing was a reason for people to come together to make that change. We thought that reason could be a space.

Through a careful collaboration with a real estate agent, a partnership with the Mayor’s office, and a generous property owner, we landed a June lease of a vacant 14,000 square foot warehouse for just one dollar. I guess you could say we hacked the National Day of Civic Hacking – in San Francisco we’d be hacking for an entire month.

The result is [freespace] – a temporary space for lasting change. Our mission is to foster creativity, civic innovation and community through the gift of free space.

Our first order of business was attracting those creative changemakers. We did this by handing over the building as a blank canvas to the community. Within a week, artists transformed our dilapidated walls into a major attraction: 20 fresh murals where there had been graffiti. The crowds came to admire the art and the new garden that sprang up in the formerly bare gravel parking lot out back. 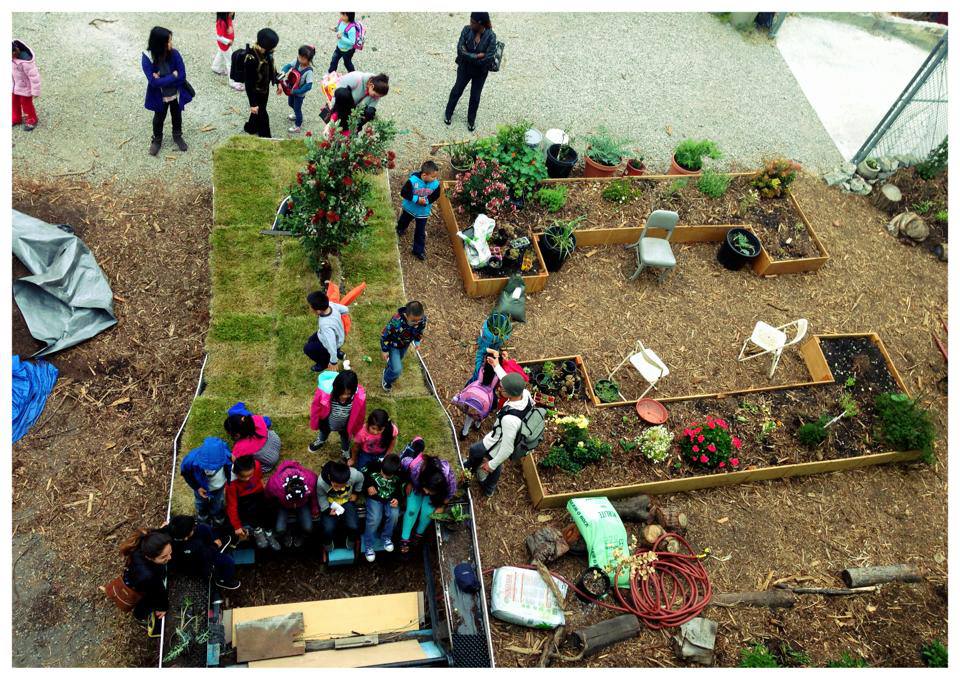 Within days of opening, couches, chairs, art supplies, amplifiers, clothes, costumes, garden materials and food started flowing through our doors. Everything – objects and time – were given selflessly by people inspired by what could happen here. We hoped all this giving of free space, free art, and free creature comforts would inspire changemakers to give their free time and prompt civic hacks.

On a typical day, one of the most exciting things for me is to watch people be inspired by the white walls, the open stage, and makeshift classrooms. People walk around in awe, ask if they can paint a wall, teach a class, or start a project. And it’s particularly those long-term projects that we’re hoping to prompt in the space. 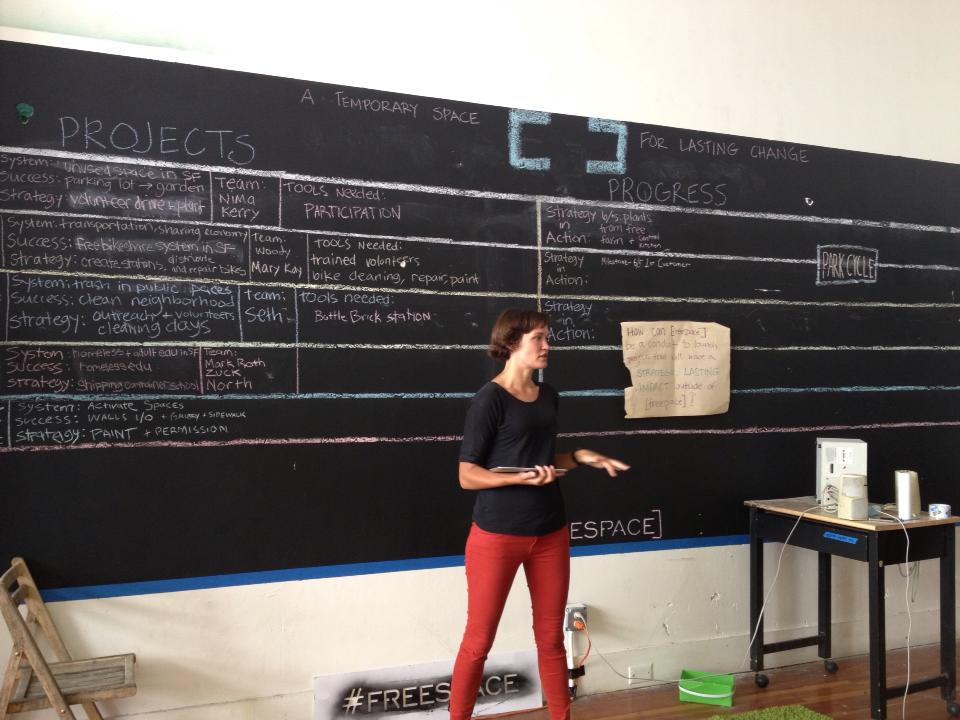 The serendipitous connections are what attracted “homeless hacker” Marc Roth to hack here on his project, The Learning Shelter. This shelter is a maker classroom in a shipping container that offers 90 day training courses for residents of local homeless shelters. I read an article in Venture Beat about him, and our team called him up about freespace. His plans had stalled, but now he’s focused on seeing the hack through. As he told us, “Freespace showed up all of the sudden and in the ideal location for me to collaborate and prototype one of the most important concepts I've ever devised.” More hacks are sprouting up and being nurtured day in and day out including a free bike share, and homefrontfan.com which is tackling the challenges that young women veterans face.

At day 27, we’re inspired by the art, the generous teachers conducting workshops here, the dancers and yogis, and the community. We’re ready to empower communities all over the world. We’ve launched an Indiegogo campaign to stay in the space for one more month to properly document the movement that has started here and share it with others so that they can create [freespace] in their communities. We are confident that what grows out of our temporary experiment will create lasting change. We want to show the world that when you have a committed group of changemakers — and give them space — anything is possible.