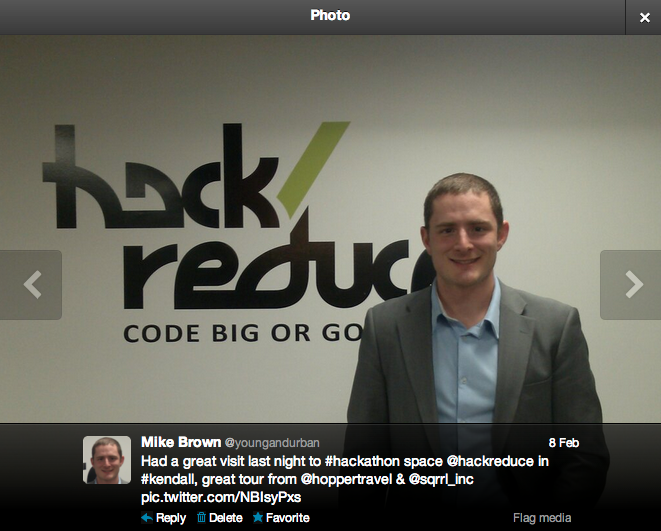 Last year our CEO decided he wanted to start an internal company blog to keep the workforce engaged with his vision for the organization.  In my mind I thought, “Oh my God, this is going to be a total mess.”  I correctly assumed that he had no idea what blogging actually was, let alone how to blog effectively.  In a workplace that is dominated by people in their 40’s and 50’s, I have become the token “young guy”.  As one Director put it, “Mike understands the social media”.  Nice.  So in an attempt to get some senior executive attention I offered to drop some knowledge on our head honcho. 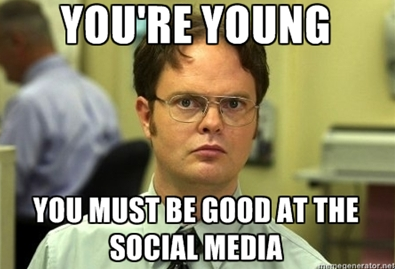 After my first consulting session, he quickly broke just about every rule of blogging including infrequency of posts (one post every few months) and heavy moderation of the comments section (effectively killing discussion).  I warned him that his workforce would quickly disengage from his content and that’s exactly what happened.  Bummer.  For an excellent example of a CEO blog, check out Running a Hospital by Paul Levy, the now ex CEO of Beth Israel Hospital in Boston.

Web 2.0 “Innovation” in the Workplace

Since the failed blog experience, I have given a series of presentations at work on web 2.0 related “innovations”.  My superiors are certainly smart successful people, but they are fairly clueless when it comes to words like retweet, hackathon, or startup accelerator.  I take for granted that not everyone grew up in the startup and social media revolution that we are seeing now.  However, after some hand-holding I could tell that our senior leaders really do see the value in why Google hosts hackathons, why startup accelerators like MassChallenge are changing the world, and why social media isn’t just for kids to talk to their friends.

Over the course of a few months, I brought our leaders up to speed with life back in 2007 (2013 will be a more advanced course).  In doing so, I’ve added some cool projects to my resume.  My newest project is to start and manage our company’s first hackathon (check out “hackathon” on Wikipedia if you’re at a loss for what I’m talking about).

Aside from doing basic engineering research, my role at work is to leverage regional innovation opportunities that are common in the entrepreneurial community but not yet widely realized by more traditional (read: bureaucratic) companies like mine.  Awesome.  One of these opportunities was to manage our first hackathon.  Through some connections @MassChallenge, I quickly got introduced to the founders of Hack/Reduce, Boston’s newest hackerspace.  Many thanks to Dena from @HopperTravel and Andrew from @AtlasVenture for giving an excellent tour of the space. 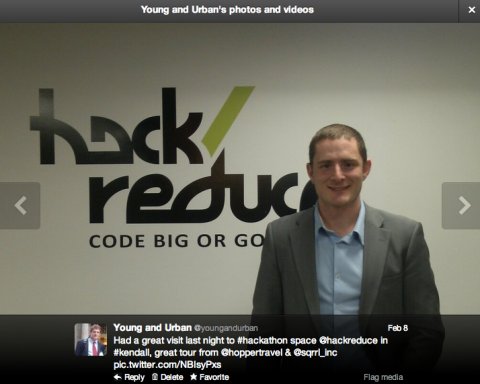 Hack/Reduce is a non-profit hackerspace in heart of Kendall Square.  They are focused on making Boston “Kick-Ass in Big Data”.  It is a space where computer programmers, web developers, user-interface designers and others can come together to solve complex problems involving massive data sets.

Hack/Reduce was founded in 2012 by Frederic Lalonde (CEO of Hopper, a cool new travel company that is relocating to Boston) and Chris Lynch (a serial entrepreneur and Partner at Atlas Ventures).  The Commonwealth of Massachusetts, in particular Gov. Deval Patrick is also a huge supporter.  Big Data is estimated to be a $100 Billion market so it is a huge opportunity for the city of Boston.  Combining the high density of universities and technical companies in Boston with the constant professional networking fueled by microbrews in Kendall Square should mean great things for the Commonwealth. 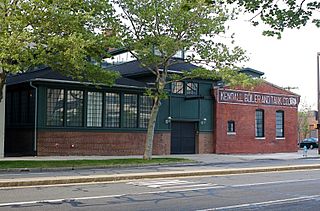 Hacking and the Sharing Economy

At the heart of Hack/Reduce is their Hadoop Cluster (read: super computer).  This computer cluster is designed around the sharing of processing power from multiple individual computers in order to create a super machine.  This allows you to process huge volumes of data in a synchronized way, something that would be impossible by using a single computer.  Therefore, to solve problems in Big Data it is necessary toshare resources, share talent, and share information throughout the hacker community.

I’m excited to launch our hackathon event in the next few months and I know Hack/Reduce can play a huge role in its success.  If we can pull it off then I think we can make the point that even large bureaucratic companies can innovate by participating in the Sharing Economy.