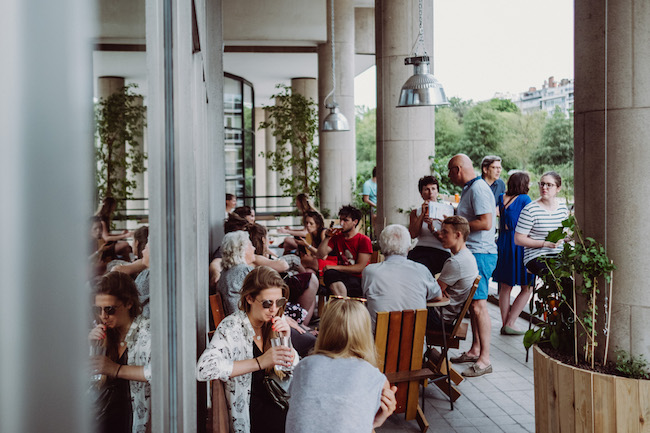 A renewable energy cooperative, a community land trust, and a former church building publicly-controlled and used by nearby residents — these are just a few examples of about 500 urban commons projects that are thriving in the Flemish city of Ghent in Belgium. A new research report (in Dutch) shows that within the last 10 years, the city has seen a ten-fold increase in local commons initiatives. The report defines commons as any "shared resource, which is co-owned or co-governed by a community of users and stakeholders, under the rules and norms of that community."

With a population of less than 250,000, Ghent is sizably smaller than the other, more well-known Sharing Cities such as Seoul and Barcelona. But this report shows how it is quickly becoming a hub of some of the most innovative urban commons projects that exist today.

The study was commissioned and financed by Ghent city officials who were keen to understand how they could support more commons-based initiatives in the future. It was conducted over a three-month period in the spring of 2017. The research for the report was led by the P2P Foundation's Michel Bauwens, in collaboration with Yurek Onzia and Vasilis Niaros, and in partnership with Evi Swinnen and Timelab. 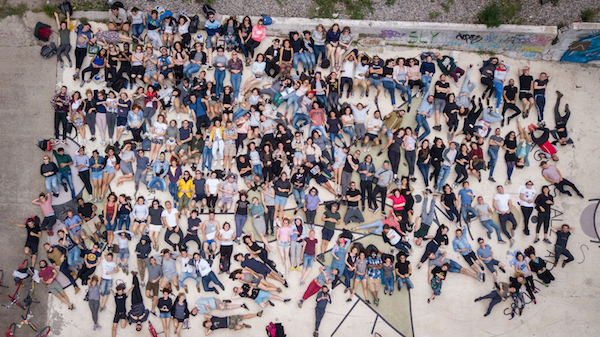 Given how self-governance is central to the success of a commons, the primary methodology employed by the researchers was to meet and talk with the members of various projects. Additionally, they conducted a series of surveys, workshops, and interviews with Ghent residents to explore how these projects came about and what could be done to encourage more commons initiatives to emerge. One result of this process is an online wiki that maps hundreds of successful such projects in the region.

These are a few notable projects mentioned in the report that embody the type of commons work currently underway in Ghent:

For a moderate sum, a resident can become a member of this green energy cooperative to co-own and co-manage the enterprise. Not only is this model more affordable for lower income residents, members can share the efficiency of solar panels. For example, many members' roofs may not be optimally located to get enough sunlight at all times of the year. But with collective ownership, people can access and share the available energy, whether or not their own home is collecting as much solar power as other locations.

A decade ago, the city gave the keys to a formerly abandoned church to neighboring residents. Since then, the space has been turned it into a thriving center for exhibitions, meetings, and other community events, and it is entirely self-governed by the residents.

Community land trusts (CLTs) are associations that develop and manage land in order to keep housing or other types of properties affordable and accessible to lower income populations. When the city of Ghent develops housing, it dedicates a percentage of it to CLT Gent to manage and oversee it.

The city made plans to renovate an old library. Instead of leaving the building empty for the eight months leading up to its reconstruction, officials decided to turn it into an experimental urban commons project. Now, the space is a thriving community center with meeting and event spaces, a music studio, children’s play area, and more. Each of the services and spaces are operated by different community organizations and enterprises. They also have a contributory rent arrangement, where organizations that are more participatory and sustainable in their practice pay less rent. That means 20 percent of the enterprises pay 60 percent of the rent, thereby subsidizing the commons activities of the other spaces. 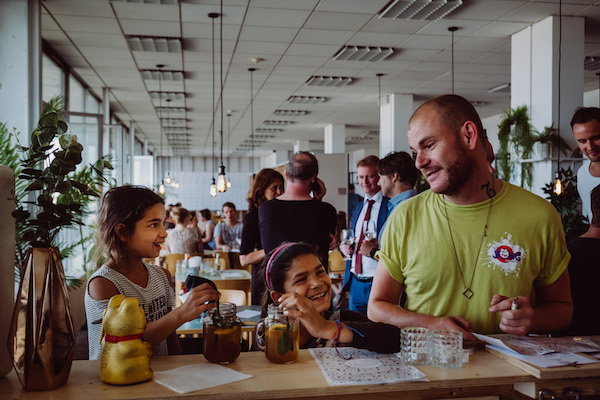 The strength of Ghent's commons can be traced to how the projects encourage participation by individuals and community organizations to steward the shared resource, according to lead researcher Bauwens. There are a few factors that stand out among Ghent's various commons projects. The first is that the projects' members invite residents to openly contribute their time, skills, money, or goods, while at the same time not requiring contributions by people to make use of the resource. Secondly, these urban commons projects rely on some aspect of their operation on "generative market forms" that can produce income to sustain them. And finally, they also require support from government agencies or nonprofits to help manage the resource.

Despite the plethora of commons projects that are there, however, the commons-based economy is still relatively small. The report concludes with a series of 23 proposals for actions the city could take to support and strengthen the urban commons in Ghent. Much of the recommendations are aimed at addressing the underlying problem that the researchers identify — that the movement is very fragmented.

The local commons initiatives do not actively collaborate or cooperate with one another. Bauwens noted that he saw members of commons projects within the same domain not know of one other's commons initiatives. That's why the report suggests the city set up alliances and other opportunities for cooperation between individual commoners, civil society organizations, the private sector, and agencies within the government itself.

An innovative proposal is what one of the researchers, Swinnen, refers to as a "call for commons." The idea emerged from the way the NEST Experiment came about. Where major work is required to build a shared space or resource — such as a new library or community space — heavy institutional support is needed to carry forth the project. The idea is that instead of having potential developers individually compete to win the bid for the project to build it — as is the case in most commercial-style development contracts — the project would be rewarded to the strongest coalition of community partners and organizations. And instead of giving it to one developer of one winning proposal, this method enables several organizations to have all their winning ideas realized in tandem. The coalition would have to prove its ability to collaborate, share resources, and maximize community benefit, all the while enabling the most public participation.

Commons as a School for Democracy

Bauwens says that with any commons project, urban or otherwise, there are two major potential benefits of having people share and govern over a common resource. The first is that it can reduce the environmental and material footprint of that community. With any physical commons, people can mutually share and provision its use. Instead of having many people buy or own their own car or tools for example, they can share it, leading to less of those goods having to be produced or transported in the first place.

The second potential of the commons is that they can help build a true democracy, or what Bauwens calls a "school for democracy." When people have to govern something together, they need to make decisions collectively and work together. The commons is where people can practice and exercise their civic muscles by talking and meeting with other members of their community face-to-face.

Hopefully, we will continue to see the people of Ghent build new urban commons projects as fervently as they have done in the last 10 years. With the additional support of their city government as proposed by this report, Ghent could become one of the leading urban commons capitals of the world.

Header image of NEST in Ghent courtesy of Evi Swinnen