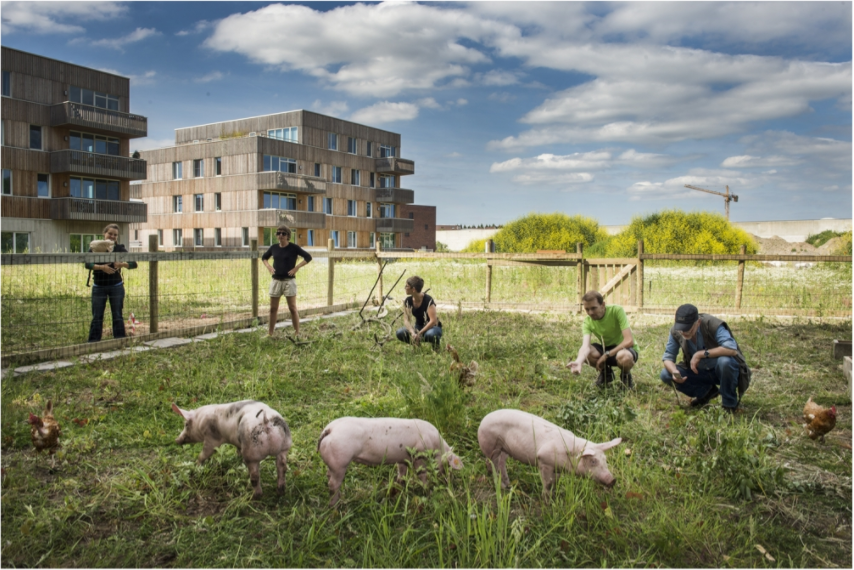 Urban commons initiatives are booming in the Belgian city of Ghent, according to a new report. One of the researchers behind the study, Michel Bauwens of the P2P Foundation, says that "the ecosystem of commons-based initiatives in Ghent is quite exemplary precisely because it covers an ecosystem in an area that requires a lot of capital and has to overcome a lot of commons-antagonistic regulation." So against the odds, approximately 500 urban commons projects have sprung up in the last decade. 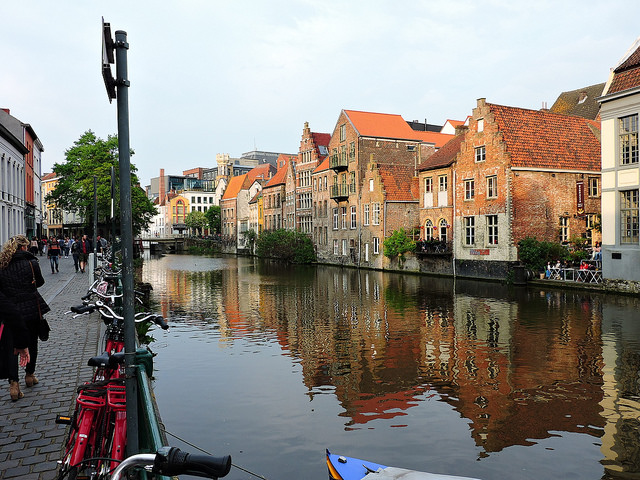 Last week, we wrote about the overall findings about the report. Below, we highlight a few standout examples of urban commons projects that are thriving in Ghent:

1. Wooncoop is a housing cooperative that gives home renters the same housing security as home owners. The cooperative buys, refurbishes, and mutualizes buildings — not the land on which they stand like a Community Land Trust. Once someone buys a share of Wooncoop, they can rent a house or apartment in one of their properties owned by the co-op. They are guaranteed housing there for a lifetime while paying reasonable rent for a well-maintained residence.

2. There is a multitude of innovative co-housing initiatives that have emerged in Ghent. But what is interesting is that people are not simply living together in a shared space, but rather, sharing various amenities. This includes sharing kitchens, guestrooms, and laundry rooms. This model works when a group of houses are designed collectively to share their facilities. However, local regulations have hindered the growth of this kind of co-housing development. Labland is a workshop and think-and-do-tank that is working to change policies on behalf of these experimental initiatives. 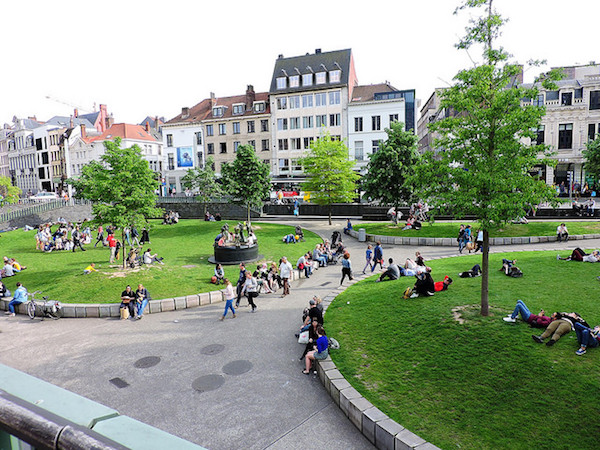 3. The City of Ghent facilitates the temporary use of local land and buildings. The most notable one is the Driemasterpark, a park that sits on a former industrial site in a poor neighborhood that is entirely managed by nearby residents. It was opened in late 2016, and in addition to having a playground, the park has spaces for chickens and dogs, and a vegetable garden.

4. Ghent has a thriving Community Land Trust (CLT). When public land becomes available, the city occasionally sets aside a percentage of land to the CLT so that it bypasses land speculation by real estate developers. The CLT keeps properties affordable and accessible to low-income residents. 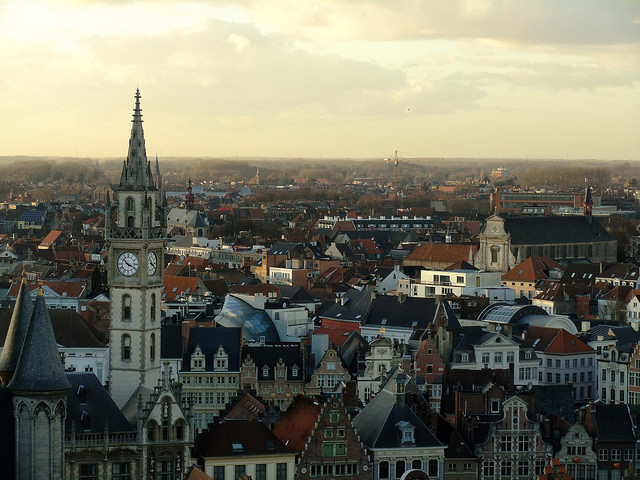 5. Ghent's food sector is where the commons is most developed. This is partly due to the public organizations in the city that are building political support for this work. Gent en Garde is a transition platform that endorses the demands of civil society for fair, organic, and local food. It created, among other things, the Urban Agriculture workshop, which is a working group of individuals and organizations whose mission is to create a more sustainable and healthy food ecosystem in Ghent.

6. Ghent's public schools collectively provide about five million meals a year to their students. However, much of it tends to be the cheapest food they can order from remote multinational food producers. Lunch met LEF is an initiative that aims to counteract this by bringing local, organic food to public schools. The group plans to transport the ingredients using cargo bikesharing, a zero-carbon transportation system.

7. A brainstorming session between a few Ghent urban commons leaders led to the idea of introducing pigs to vacant land, as an experiment in maximizing the use of unused public property in Ghent. Spilvarken started as a pilot project in 2014. A few weeks after three pigs were brought to the neighborhood, nearby residents voluntarily began taking care of them. Soon thereafter, the pigs because a center of community socializing, and a way for nearby residents to dispose of food waste as feed to the animals. 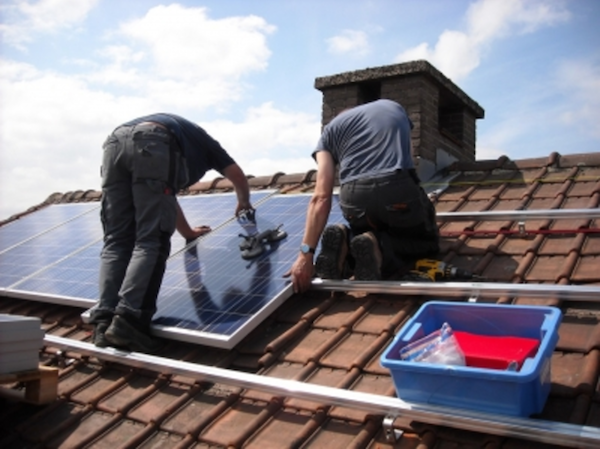 8. As a city that was in the first cohort to sign the EU Covenant of Mayors in 2009, Ghent has created an ambitious plan to reduce its carbon emissions by the year 2030. One critical part of its strategy is the creation of a central governmental body called Energiecentrale. The agency serves as a contact point for locals to get support for anything related to making energy efficient renovations to their homes, businesses, and facilities. The agency provides free energy audits of homes and facilitates a "sustainable neighborhoods" program, by providing advice and financial support to get community-led energy efficiency initiatives, such as energy co-ops, off the ground.

9. The crown jewel of the city's energy program is the community-owned Energent — a renewable energy cooperative with cheap shares that make membership accessible to most Ghent residents. The co-op started as an ambitious project, in coordination with the city, to furnish the majority of houses in the neighborhood of St. Amandsberg with solar panels. Individual solar power — in which people only get the power harnessed from their own panels — are expensive. Under a system like Energent, more people can afford to install solar panels. The problem of less productive, east-west roofs — called the intermittency problem or the unequal provision of energy due to weather — gets solved. This shows the the advantage of having a collective approach to energy provisioning.