For Love or Profit: Reflections on OuiShare Fest 2014 - Shareable
Skip to content 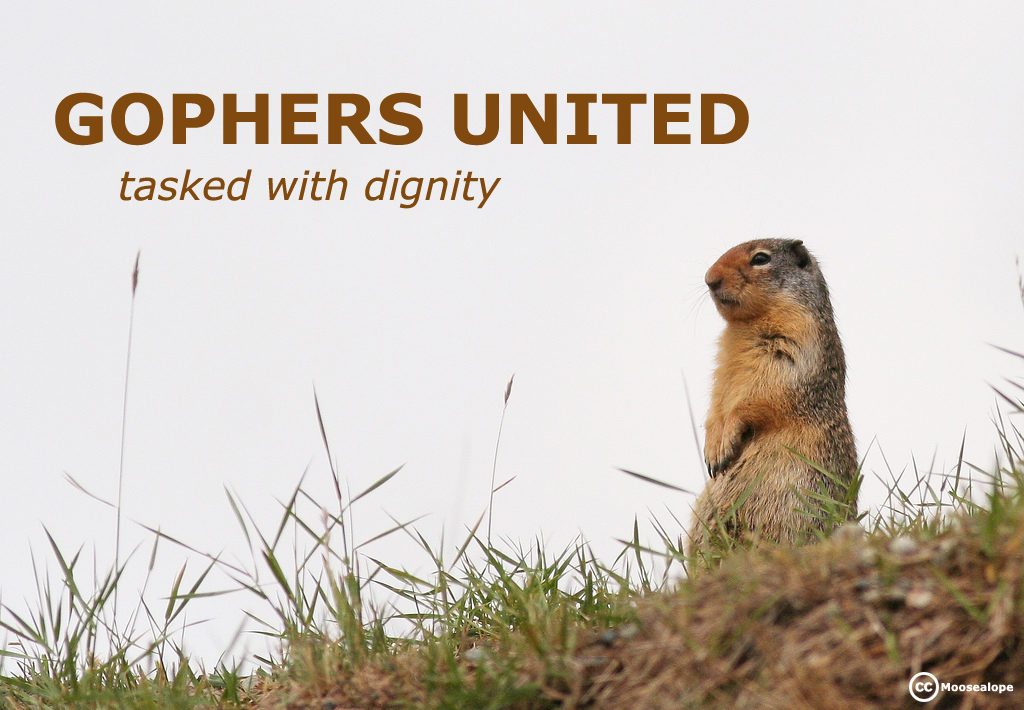 "What was the last thing you shared?," asked the Spanish documentary team interviewing "thoughtleaders of the Sharing Economy" at OuiShare Fest in Paris in the first week of May.

I told them the the story of my roadtrip en route to the event, a ride shared with someone I'd never met until we set off in a campervan and drove across Germany, Holland, and Belgium into France. We took slow, winding country roads the whole way, so that the trip stretched to 50-some hours and two nights of camping. Turned out we shared a fondness for stargazing and whiskey nightcaps, and a fascination with past life regressions. From strangers to lifelong kindred spirits thanks to one shared ride.

These kinds of stories are a dime a dozen in the Sharing Economy, and help us believe in the goodness of humanity, in our ability to trust perfect strangers. We need help believing this. One of the obstacles I encounter most frequently when talking about a new economy based in abundance rather than scarcity and the common good rather than hoarding, is this fervent clutching onto the notion of human nature as greedy and selfish.

But as evolutionary biologist Stephen Jay Gould wrote: "Violence, sexism and general nastiness are biological since they represent one subset of a possible range of behaviors. But peacefulness, equality and kindness are just as biological– and we may see their increase if we can create social structures that permit them to flourish."

As I said in my talk at TEDx Berlin 2013 , I truly believe that the great potential of "sharing" as a social, economic and political movement is that it's not just about stuff or skills or expertise or time, but more importantly we share responsibility for each other and this planet that is our only home.

At OuiShare Fest Edition Two, things began with OuiShare co-founder Antonin Leonard warmly welcoming all of us gathered inside the blood red circus tent and directing us to not just introduce ourselves to three strangers around us in the crowd, but to hug them. We were also told to look out for members of the OuiShare Love Team, specifically designated folks who would introduce us to someone new with whom they thought we'd have a fruitful connection.

Then Tomas "the human operating system is love" de Lara's opening keynote brought tears to my eyes by describing a project in Sao Paulo and Rio that brought to light the lives and work of recycled materials collectors, a nearly invisible population. In the project, a step towards earning them the acknowledgement and respect they deserve, the scrap collectors collaborated with artists to "pimp" their collection carts.

The only other moment I got really emotional was the group hurrah and hug among all the volunteers and OuiShare team after the official program ended and before the all-out celebrations began. I stopped OuiShare Core Team member Francesca Pick in her tracks to appreciate her truly remarkable leadership (one to watch, my friends), and I grabbed the aforementioned Antonin by his shoulders: "Look what you have built! Can you believe what you have built with the strength and courage of your heart?" Then it was not just my eyes but his too, misting, hearts beaming.

Probably there were more speakers and presentations that would have moved me like this, except that I missed about two-thirds of the official program on account of so much deep connecting with people. That's ok, since all the presentations were recorded and will be available to watch on the OuiShare website  in the coming weeks.

But also, truthfully? My heart was hampered by the presence of profit-maximizers. The percentage of venture capital-backed profit-driven companies at OuiShare Fest had noticeably increased since last year, mirroring what's happening throughout the Sharing Economy. And of course this tension between profit vs. people and planet is one that characterizes our whole messed up economy.

In the 18 months in which I've been more deeply involved with the sharing movement, I've been one of the voices saying there's a place for all of us; that demonizing the venture capital backed "success stories" is going to get us a whole lot of nowhere; and that making a global cultural shift towards abundance, trust, and dignity is going to require alliances with all kinds of creatures great and small. For the past decade I've believed that business– triple-bottom line business, but even earnest efforts by, say, WalMart– can be more agile than government (which isn't to say civic participation and political processes aren't also important, just more laborious).

These days I'm not so sure.This probably has something to do with the drastic, inhumane inquality in how resources are distributed among humanity, as well our reaching 400 parts per million of CO2 in the atmosphere, mass species extinctions, the infertililty of our soil and bodies, freakish weather and floods, the dying of the bees who create all our food, etc. All these miseries are caused by the take-make-waste economic system, the absurd drive for endless growth and profit.

Many of us embraced sharing as a way to decrease the consumption of natural resources and as a path to better distribution of wealth (because, for example, money flows to me rather than the Hilton corporation when I can rent my room on a homesharing site; and "gigging" platforms that enable me to monetize various skills and/or small chunks of time). Some of us came to sharing from longtime campaigns to protect the commons; or from the work of building a circular economy modelled on the waste=resources, take-only-what-can-be-replenished processes of earth systems; or from efforts to expand a cooperative or "solidarity" economy that respects and rewards all workers.

As investors have discovered the huge popularity of sharing startups, they've made them into businesses as usual, maximizing profits for stakeholders. This has led to the distressing perception that the "sharing economy [is] a Silicon Valley-invented term," as Kevin Roose wrote in New York Magazine in April 2014.

The least comfortable and most significant panel during OuiShare Fest was on "Tensions and Controversies" featuring collaborative consumption evangelist Rachel Botsman and New School professor Trebor Scholz. Scholz came right out and said that the new microentrepreneurial platforms (the so-called "gig economy") are an abomination, eviscerating all the protections, rights, and other gains the Labor movement has worked to win over the past century. Indeed, a near and dark future in which Taskrabbiters become strikebreakers seems entirely plausible.

I think of civil rights champion Van Jones' pointed comment to me some months ago: "The slogan of the sharing economy is 'access over ownership,' but right now it looks more like 'excess' than 'access.'" You have to have unoccupied stuff to collect rent on it; and the stuff that rents best is usually more expensive, from houses and cars and boats to bikes and power tools. Right now collaborative consumption and microentrepreneurial opportunities seem solidly white and upper-middle class.

These are the hottest, most important topics in the Sharing Economy right now.

Professor Jem Bendell, Director of the UK's Institute for Leadership and Sustainability, has suggested the creation of a "public interest charter for private enterprise in the collaborative economy, mandating data portability (each individual owns and has the right to all information collected about him/her), based on open source and interoperable software with a commitment to counter surveillance, and facilities for the suppliers of shared services to organise and jointly represent their views to the firm, perhaps even via cooperative governance systems."

Benjamin Tincq, co-founder of OuiShare, has put forth the idea of a "P Corporation" (Peers Corporation) that would put the interests of their users / contributors before their own interest, and perhaps reflect all or most of Jem Bendell's criteria.

Maybe we're about to see the emergence of a workers cooperative like Bronx-born Cooperative Home Care Associates , but for small jobs (Gophers United??)–mandating a minimum wage, negotiating health and pension benefits for members, distributing profit among worker-owner-members rather than to shareholders, providing skillswapping and training in new skills, perhaps rewarding some portion of hours worked with time banked or another alternative in-community currency. This, reproduced across the country and the world. Let it be.

In the end, I return to connection as the greatest source of inspiration and hope for economic and social transformation. Humanity is finally accepting the truth of our interconnectedness, whether it's from the perspective of network technology, biology and chemistry, philosophy and spirituality…

The 19th and 20th century economy's relentless drive towards growth (profit, More) is just a response to (or a symptom of) the fear-filled separate sense of self that has had us believing in the worst of human nature. (It's every man for himself. Grab some while you can! There's not enough for everyone. It's us vs. Them.)

Aka The Book Doula: I help people with Big Ideas write books. Titles include: Rebuild the Dream, a New York Times bestseller by Van Jones (Nation Books, 2012) The Story

Aka The Book Doula: I help people with Big Ideas write books. Titles include: Rebuild the Dream, a New York Times bestseller by Van Jones (Nation Books, 2012) The Story of Stuff by Annie Leonard with Ariane Conrad (Free Press, 2010); The Green Collar Economy, New York Times bestseller by Van Jones (Harper One, 2008) HOOPING, by Christabel Zamor with Ariane Conrad (Workman Publishing, 2009). I like taking complex economic, political and philosophical topics and transforming them into accessible stories that appeal to a broad audience. Recent interviews with artists and human rights activists in the independent monthly The Sun and in Spirituality & Health magazine. Also appeared in The Nation, TheRumpus.net, Alternet, Curve, and LiP magazine. Fluent in German and currently residing 3/4 time in Berlin, Germany.

Things I share: Insights, my office space (co-working at mobilesuite in the Prenzlauerberg neighborhood of Berlin), my sewing machine, my studio in Berlin..