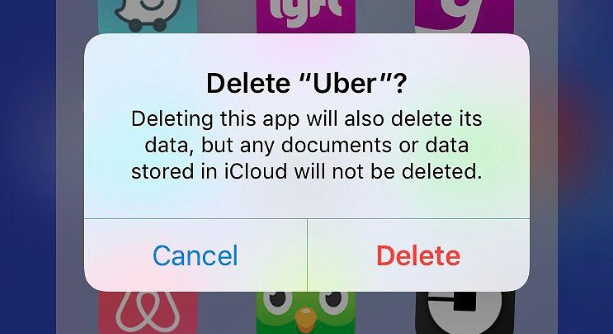 It seems like not a month goes by without a major controversy about the San Francisco-based ride-hailing company Uber. On Feb. 19, Susan J. Fowler, a former engineer at the company, published a blog post alleging sexual harassment and discrimination she faced during her time there. Fowler’s claims prompted Uber to hire former U.S. attorney general Eric Holder to launch an investigation.

In January, the company faced a social media backlash after it turned off “surge pricing” at a time when the New York Taxi Workers Alliance went on strike against President Donald Trump’s travel ban. While it is unclear whether Uber was truly disregarding a protest in support of immigrants — as it turns out, there are many more reasons to #DeleteUber and seek out ethical alternatives for your transportation needs:

The company appears to constantly disregard laws. It has amassed an astounding array of fines as a result: $20 million for misleading “prospective drivers with exaggerated earnings claims and claims about financing through its Vehicle Solutions Program” to the Federal Trade Commission, $11.4 million in Pennsylvania for operating without approval, $7.3 million by California for failing to provide mandatory data to the state’s Public Utility Commission.

According to a story in The Guardian published in April 2016, the company has been ordered to pay a total of $161.9 million in fines and legal settlements since 2009.

One clear-cut example of this was in Portland, Oregon, where Uber launched without even notifying the mayor. The company then hired 10 lobbyists who became “a constant force in City Hall,” pushing for friendly-regulations, Bloomberg reported, adding, “City officials say they’d never seen anything on this scale.”

In New York City, New York, the company used the app as a weapon against Mayor Bill de Blasio. Wired reported that the company added a mock “de Blasio” feature that showed that there were no cars available along with the message, “This is what Uber will look like in NYC if Mayor de Blasio’s Uber cap bill passes.”

A few cities, including Austin, Texas, and Tokyo, Japan, have stood up successfully to Uber, though in the case of Japan, Uber set its sights on small towns instead.

Last year, the company reportedly lost an astounding $3 billion. This is possible because the company is flush with venture capital money, which it uses to heavily subsidize fares in an attempt to destroy the competition. Given that other ride-hailing apps are also on a similar trajectory, some analysts point out that this “price war” can only last so long, before prices for consumers spike.

Uber’s practices not only distorts markets, but it also make it incredibly difficult for local taxi companies and cooperatives ride-sharing services to compete.

When Austin, Texas, passed a regulation requiring drivers working for ride-hailing companies like Uber and Lyft to undergo a fingerprinting background check, Uber left the city in protest.

In California, the company was sued for “making fraudulent statements to consumers about the quality of its driver background checks and a $4 airport fee to riders traveling to and from San Francisco international airport, even though the drivers weren’t paying that fee to the airport,” The Guardian reported.

Uber’s safety failings have led to some horrific tragedies — including numerous car crashes, kidnappings, drunk driving charges, and even deaths, according to reports collected by the Taxicab, Limousine & Paratransit Association.

Data obtained by Buzzfeed revealed that there were more than 5,000 sexual assault complaints on the company’s customer service system.

Of course, one of victims of Uber’s practices are its drivers. They are promised ample work and wages — even claiming they could make $90,000 a year in New York. The reality appears to be the opposite, as some drivers barely make minimum wage and often find they have to work long shifts to make ends meet. Adding to their vulnerability is the fact that Uber considers all drivers as “self-employed” contractors.

Recently, the company agreed to settle a worker misclassification lawsuit for $100 million, which a federal judge in California said wasn’t enough, The Washington Post reported. “[T]he Court concludes that the Settlement as a whole is not fair, adequate, and reasonable,” U.S. District Judge Edward Chen wrote.

This means that Uber more or less admitted that in this case, it expected workers to behave like full-time employees, but treated them like temporary, self-employed contractors who didn’t receive benefits.

Want another example of how little Uber cares about its drivers? The company gave subprime auto loans to potential drivers, Al Jazeera reported.

Currently, Uber is facing a class-action suit that alleges the company methodically manipulated data so that drivers were paid less than what they were owed, while riders paid more, according to Ars Technica.

There are more than enough reasons to #DeleteUber and switch to a better service. (Note: Lyft is not one of them. It often stands alongside Uber in limiting the rights of its drivers and pushing against safety regulations, as it did in Austin, Texas.)

There are many ethical, user-friendly options out there that are not getting the attention they deserve. By choosing one of these alternatives, you’ll be helping create a transportation ecosystem in which drivers are treated well and compensated fairly for their work and passengers’ safety is also taken into account.

For example, taxi cooperatives, or organizations in which drivers have a say and stake in operations, are now cropping up everywhere. Denver residents can get a ride through the recently formed Green Taxi Cooperative, while in Austin — a city Uber and Lyft both abandoned due to regulations — residents can use the nonprofit RideAustin or any of these other alternatives. See this handy list to see if there’s a cooperative alternative near you.

You no longer have to call or stand on the street, waiting for a taxi. Now you can hail one directly through ride-hailing apps like FlyWheel (U.S.), Curb (U.S.), Easy (Latin America), Hailo (Europe), and Taxi.eu (Europe). The best part? No surge pricing.

We’ll continue to update this section with more alternative options, so please check back often.

If you’re looking for resources on launching a cooperative, check out these articles:

How to Start a Worker Co-op

Your Study Guide to the Cooperative Movement

Header photo of deleting Uber by Bit Boy via Flickr.

Editor’s note: We have removed Juno (which claimed it would give 50 percent of the company’s equity to highly-screened drivers) from the list of alternatives after learning that it was acquired by ride hailing company Gett, and “nickel-and-diming” its drivers.