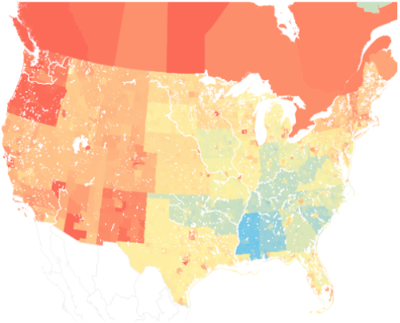 Traditionally, companies have held their internal analytics and data information tight, trade secrets that would allow the competition to gain the upper hand if they were disclosed. And while the majority of companies continue to covetously hold on to their internal data–notoriously secret Apple comes to mind–a handful are instead turning toward opening their data and operating transparently. The benefits can transcend tech-industry inside baseball statistics, as evidenced by a new post on dating site OK Cupid’s blog OK Trends, “Gay Sex vs. Straight Sex”. 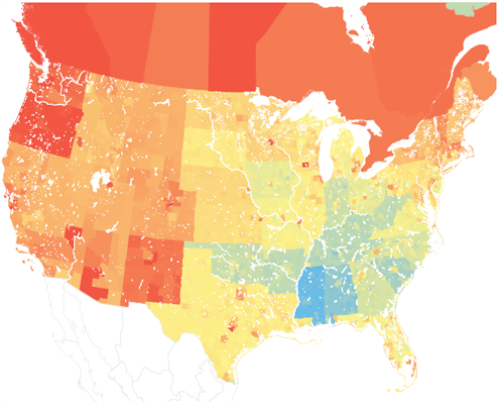 In the post, OK Cupid founder Christian Rudder dismantles many stereotypes about gay sex and dating habits by analyzing the company’s internal data. In the process, Rudder demonstrates how tenuous these myths are, from misconceptions about sexual partners to the hoary myth that straight sexuality is somehow “threatened” by homosexuals. Rudder writes:

Gay issues have been in the news a lot lately, from the debate over same-sex marriage in Congress to a sickening rash of gay-bashing here in New York City. We see a lot of emotion out there, instead of information, and we wanted to provide some data-based context on sexuality so that people might make better choices about what they say, think, and do.

The data is fascinating, and demonstrates a number of truths the gay population and straight allies have long known. Taking on the myth that gays are attracted to straight people or desire to “convert” them, Rudder writes “We combed through over 4 million match searches, and found virtually no evidence of it…In our dataset, there was not a single gay user, male or female, who primarily searched for straight people.” Rudder goes on to undermine misconceptions about gay promiscuity and the geographical distribution of gay-curious straight-identified users.

While OK Cupid’s blog is an excellent example of corporate transparency, proving its points calmly with persuasive infographics, it would be even more useful if they released the raw data to their community, to further verify the claims and draw out other insights. Regardless, the openness that OK Cupid already practices is laudable and sets an example for other social media services. What could be gleaned, for example, if Facebook was as transparent with its analytics?

There is plenty of corporate-speak about the importance of transparency, which usually translates to letting someone in upper management occasionally use swear words in their tweets. OK Cupid demonstrates how much can be gained by companies truly being open and transparent with their data–it’s not only an excellent PR move for the company in question, but that data can be leveraged to dispel dangerous and pervasive cultural myths.