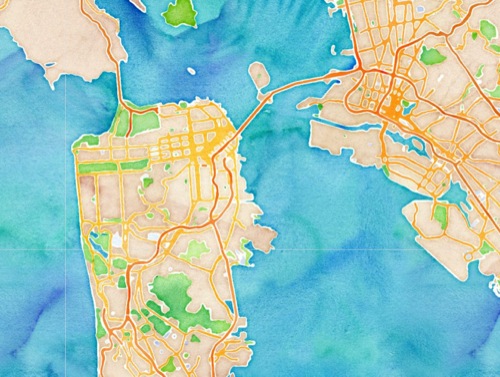 It’s heady days for OpenStreetMap: a number of high-profile companies and web services are abandoning Google Maps in favor of the open, crowdsourced mapping platform that operates much like a Wikipedia for online cartographers. Apple is using OpenStreetMap (OSM) tiles in its new iOS version of iPhoto, as is FourSquare and Microsoft, which hired OSM founder Steve Coast to work on the company’s competitor to Google Maps. 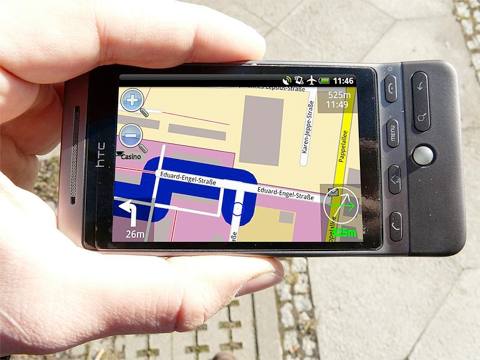 Photo by Klugem via Wikimedia Commons.

The most recent convert is the WikiMedia Foundation, which will use the open source mapping tool in its mobile apps, a collaboration that makes intuitive sense. Wikipedia’s Yuvaraj Pandian said as much in a blog post announcing the switch, writing, “this closely aligns with our goal of making knowledge available in a free and open manner to everyone.” It also ensures universal map access for all users of the fragmented and increasingly-closed Android platform. “This also means we no longer have to use proprietary Google APIs in our code,” Pandian wrote, “which helps it run on the millions of cheap Android handsets that are purely open source and do not have the proprietary Google applications.”

[image_2_small_right]It’s logical that Wikipedia would turn to the collaborative mapping system, but the private companies giving Google Maps the boot aren’t doing it out of a newfound embrace of open source: since January, Google has been charging high-volume users of its mapping API, making the gratis OSM much more attractive to corporate beancounters conscious of the bottom line. And in the case of Apple, using OSM data in the iOS version of iPhoto is a subtle way to stick it to its rival Google.

Will these companies contribute back to the community in any meaningful way, or just freeload on the back of the platform? The most egregious freeloader may currently be Apple, which is using old OpenStreetMap data dating back to April 2010 and not crediting the project’s contributors, a violation of the project’s CC-BY-SA license. Given Apple’s less-than-stellar history with open source projects and standards—such as using the open eBook format ePub as a stopgap measure while developing its own proprietary format—and persistent rumors that the company is developing its own closed Google Maps alternative, it’s unlikely that the company will meaningfully contribute to the OSM community over time.

[image_1_small_right]Regardless of whether or not these companies contribute meaningfully, these developments bode well for OSM’s long-term viability. Launched in 2004, OSM long appeared to be a quixotic effort to create an open alternative to the Google Maps behemoth. The adoption of OSM by the likes of the Wikimedia Foundation, Foursquare and Microsoft shows significant confidence in the future of the platform, which will in turn encourage adoption and introduce OSM to potential new contributors.

To see the potential promised by new contributors entering the fold, look no further than Stamen’s watercolor tiles for OpenStreetMap, which dump the drab tones of the native OSM map tiles for vibrant overlays that look more like impressionist art than utilitarian street maps. As Stamen’s watercolor tiles demonstrate, OSM’s open mapping platform offers online cartographers, designers, data scientists, and developers the opportunity to reimagine the world, mashup data in new permutations, and create vibrant visualizations that are only limited by the extent of their imaginations.