Fiction of a Future Age - Shareable
Skip to content 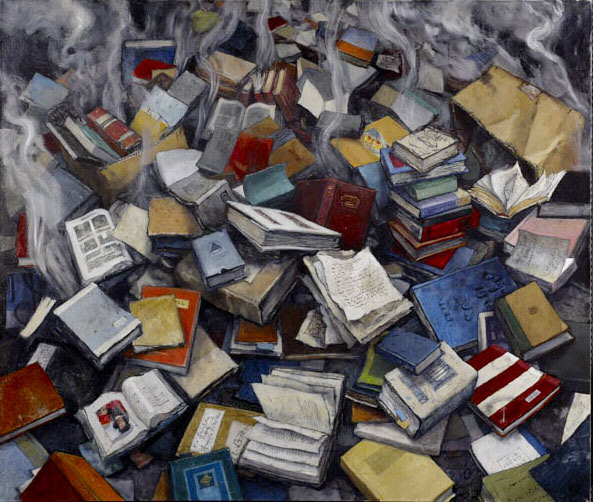 It’s an uncertain time for emerging authors: the traditional model of getting a book published no longer holds. Traditionalists warn that authors who distribute their work online will never get taken seriously by agents or large publishing houses, even while authors turn blogs into book deals. These are signs of an industry going through a wrenching identity crisis, and it’s clear that fiction is evolving in ways that would have seemed inconceivable even a decade ago. For some emerging writers, social media is becoming its own publishing medium—or even a literary form itself.

Such novels are part of an emerging trend towards transmedia fiction. As Allison Norrington explains at futurebook.net, the term “transmedia” was coined by academic Henry Jenkins to describe storytelling that “immerses an audience in a story’s universe through a number of dispersed entry points, providing a comprehensive and coordinated experience of a complex story.”

Author and journalist Laird Harrison’s Children of a Future Age project is one such experiment in shareable fiction, a hybrid between a traditional novel and fictional blog.

The story begins in the present day, with the protagonist Adrienne realizing that her husband is cheating on her. This insight propels her to reconsider her childhood and her parents’ nonconformist marriage. While a traditional print and eBook novel will tell the story of her parents and Adrienne’s childhood, the present day narrative will be told through Adrienne’s blog on Laird’s site. Though the traditional component of the novel is already written, Adrienne’s modern-day story will be a work in progress. Readers’ comments and advice to Adrienne on the blog will shape the direction of the story Laird writes in real time.

Adrienne’s blog launches on October 1, 2010, while the print novel will be released in early September of 2011. Despite the separate media for the two parts, Laird sees both as a whole—the novel isn’t only the book, but also the evolving interactive story on the blog.

Laird was inspired by the ways that social media have transformed his journalism career. “It struck me as a really interesting way to take advantage of new media to broaden the form of the novel,” he says. “A few years ago it struck me that there could be a way to use some of the tools that are being used in journalism to do fiction as well. I’m really influenced by things I’ve done in journalism where I’ve worked with readers in an interactive way.”

That said, writing fiction in real-time and in response to comments-section dialog is a daunting task for an author. “One of the reasons people go into writing novels is that they want to construct a world and they’re in complete control, and this does take me out of that,” he says. “For me, the scariest part is that I might not have time to think everything through and write a piece of prose that I can polish perfectly for the scene that I want to set.”

Despite this, Laird is embracing the unknown and excited about the potential of interactive fiction. “How many times have you been reading a novel and wish you could communicate with the characters, ask them, ‘Why are they doing this?’ It seems like a lot of fun.”

While Laird is using social media to morph the very form of the novel, novelists such as Jesus Angel Garcia are using it as a way to slice up, re-contextualize, and broadcast pieces of their novel through various media. Billed as “Sex, God and Rock ‘n’ Roll Meet the Social Web,” Garcia’s badbadbad is pulpy noir for the social media era. Garcia explicitly bills the project as a transmedia novel, and will disseminate the novel’s themes and content through various online media channels, ranging from the traditional literary novel form, to audiobooks, a soundtrack, video interviews, and photo essays.

With the traditional print novel not due until October, 2011, Garcia is currently offering transmedia teasers, including video interviews that explore the book’s thematic concerns. “The first videos are going to be based around interviews I conduct with people on the street using questions tied directly to the central themes of the book,” he says. “For now, I’m developing the work and using my home site as the home base for all new material or teasers of what’s to come. When the novel is published in a print edition, I hope I’ll have lots of appropriate venues lined up for a multimedia barrage…I think it’s common knowledge that traditional distribution channels for first novels are a crapshoot. I’m trying to increase the odds of expanding the book’s readership by expanding the story’s creative reach.”

While Garcia’s approach isn’t as collaborative as Laird’s, social media influenced the writing of the novel. “I wrote the book before I ever got on the social networks like Twitter and Facebook and all the blogs. My research or influence came from lots of reading, talking to people about their experiences regarding love in the e-world, and putting myself out there as a kind of method fiction writer, let’s say. I did this both as a fictional character and for real on the various hookup pages of Craig’s List and on OKCupid, a free online dating network. I met a lot of women with a lot of stories to tell. They’re the ones who most influenced the novel. The multimedia is inspired by the book.”

“I didn’t start writing badbadbad with the transmedia in mind,” he notes. “That developed later. I just wanted to explore or come to terms with the issue of intimacy in e-culture, which led to the other dominant themes of sexual morality and self-destruction versus redemption.”

Despite all of the opportunities social media provide authors to inspire, promote and even re-envision the very form of the novel, the going rate on the social web remains free. The most vexing problem for these emerging authors remains whether these approaches help pay the bills?

Laird is optimistic about monetizing the project. Not only does he see the blog component of the novel as a promotional tool for the book version, but he will also ask for donations. “I’m certainly hoping that people will want to buy the print novel based on reading the interactive novel,” he says. “I’m soliciting donations as well. I’d like people to look at it like they do listening to NPR. You can do it for free but it’s not the sort of thing that can be sustained indefinitely if there’s no money stream.” 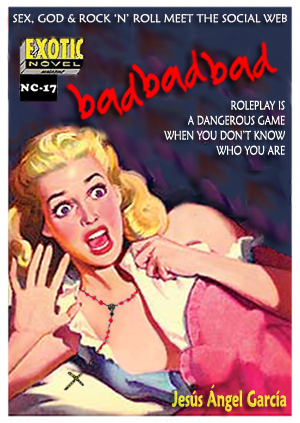 Garcia is less bullish on the prospects of monetizing the project. “Monetize? You jest. You dream,” he says. “I don’t think there’s any money in indie lit, no matter how multimedia you get. I plan to monetize my efforts by selling badbadbad T-shirts and panties.”

Still, he considers such efforts to be essential promotional activities for an emerging author in 2010. “I think they’re both promo vehicles – to let everyone know what you’re up to and to see what everyone else is doing as well so we can mutually support one another, and also to potentially attract an audience from a wider range of communities.”

Two authors, two different approaches, both wildly experimental approaches to sharing their work, and even collaborating, with their communities. Yet neither author is certain that these efforts will cut through the cacophony of voices within social media. Is the world ready for countless transmedia novels, published across various social networks? Does such a prospect suggest the literary dystopia Laura Miller warns of in her Salon article “When Anyone Can Be A Published Author,” in which she asks, “Is the public prepared to meet the slush pile?”

The notion of an endless slush pile is overwhelming. But perhaps this talk of slush piles and a glut of un-vetted fiction represents a dated notion of what the novel is becoming. It also fails to recognize the potential of hybrid publishing efforts such as Laird and Garcia’s, whose books will be distributed both by traditional independent publishing houses as well as disseminated through various social media outlets. If such transmedia approaches prove successful, the leading emerging authors of tomorrow may be the ones who rise above the cacophony by interacting and collaborating with their readers across social media—and in the process establishing a wildly different concept of what novelized fiction can be.