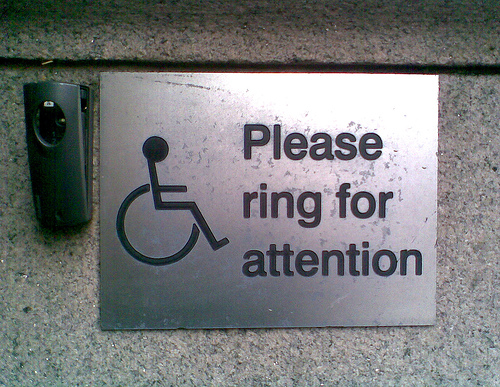 Last month my son and I were playing with his friend Oliver (not his real name) when Oliver had a seizure.

It came at me sideways; his scream possessed a rattling amplified quality, as though it were coming through an old speaker, and I saw his little body flex and seize out of the corner of my eye. I knew Oliver had epilepsy (as well as other difficulties) but I confess I needed an agonizingly eternal five seconds to understand what was happening. I was knocked out of my momentary paralysis by Oliver’s mom, who leapt over to him and shouted at me to call 911. Even in the moment, some part of my mind murmured to me a reminder that I had been spared watching my child go through what Oliver was going through.

My son Liko was not able to interpret these events; they were simply outside of his five years of experience. It wasn’t until the paramedics and firemen arrived that I think Liko realized that something serious had happened to his friend. From the stillness on his face, I imagined my son experiencing something that I believe was new for him: that sickening, cold, tingling feeling that starts in your stomach and spreads through every nerve.

In the weeks that followed, my wife and I both observed Liko shut down when the subject of Oliver came up; he expressed no enthusiasm for seeing his friend again. This didn’t, in my estimation, have anything to do with Oliver. Instead, I believe it emerged because Liko was afraid of the scary situation that had involved Oliver. Liko instinctively sought to avoid the situation, not the person.

Because I’m a writer—and because a three-year stint at the UC Berkeley Greater Good Science Center taught me that the solution to kneejerk bias is mindfulness—I monitored myself for similar feelings. I found them. Don’t be surprised; is it a cliché to remind us that we all have a scared child inside of us, just inside the shell of adulthood?

I won’t go into the details, but the seizure ended up being part of a significant medical event for Oliver. While he was in the hospital, I talked to his mom Lynn. She anticipated Liko’s reaction, and perhaps mine. I don’t remember what tactful way she phrased it, but she talked with me about how afraid she was of being isolated because of Oliver’s disabilities. People avoid kids and adults with visible troubles. It took a lot of guts for her to bring this up to me, however indirectly; in fact, I saw Lynn show a lot of guts that day, though I doubt she saw it that way.

There was never any question that Liko would see Oliver again. In the weeks that followed, we read a few books about epilepsy but otherwise I did not tackle the topic head-on; I thought it best to emphasize the many good times we’d had with Oliver instead of the one scary time. Last week we returned to his house and played with rockets and watched a movie. Liko looked forward to it and enjoyed himself, and asked to return afterward. I’d like to think that his world has grown just a little bit larger.

As a result of this incident—plus a series of readings I did with the editors of My Baby Rides the Short Bus: The Unabashedly Human Experience of Raising Kids with Disabilities—I’ve been thinking about disability and social isolation. It’s struck me that the idea that people with disabilities should be fully included in social life is a truly radical one, whose implications range from the ways we think and comport ourselves to the ways we design our institutions and buildings. Radical in the sense of really getting to the root of human society, which starts with the question of who belongs in the group and who does not.

There’s an idea called “universal design” that invites us to think about how to open up the world—from streets to buildings to products—for everyone, including people with disabilities. Here are the principles of universal design: 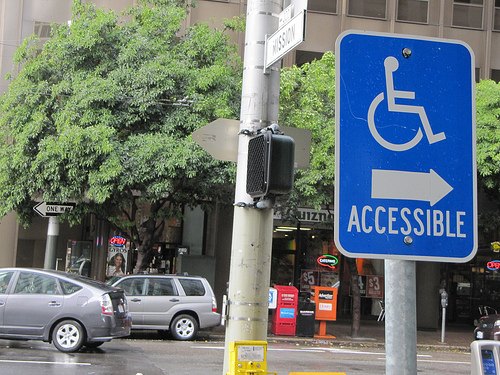 It’s strange to think that this is a very new idea; before this new idea, people with disabilities were asked to accept their isolation, to stay out of sight and out of public life. In other words, the society around them succumbed to the same fears that I detected in myself. This isn’t just about installing curb cuts or publishing large-print books; it’s about how who we are willing to accept in our lives. Curb cuts are just an outer reflection of an inner adjustment. Retrofitting both our buildings and our psyches might be costly in the short term, but once in place—or if we build our stuff and ourselves as universal at the outset—maintenance costs nothing and the social benefits are enormous.

It's also striking to me how applicable these universal design principles might be to any object or environment that we would like design to be shared. These ideas fold nicely into resilience thinking (something we've discussed quite a lot here on Shareable): Systems that are flexible, equitable, and simple–that are able to tolerate errors and learn as they go–are more durable and resilient systems, and can thus be shared among many more people. Stuff designed for universal access encourage sharing through time and space, and are better able to connect people to each other.

Jennifer Silverman, one of the editors of My Baby Rides the Short Bus, told me that the anthology was rejected by at least one publisher as being “too niche,” and not interesting to people who weren’t raising kids with disabilities. That may be true, but I wish it weren’t. My experience with Lynn and Oliver taught me something about myself and parenting, but it also asked me to lift my eyes and look at the way our entire society is organized. It can’t think of anything more fundamental than changing the world so that everyone can live in it.

Revised for Shareable from an entry on my Mothering magazine blog.