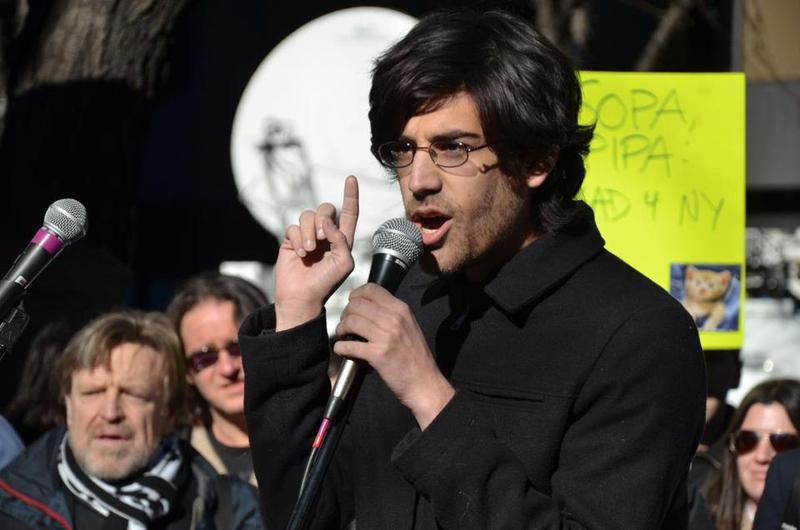 As you may well have learned by now, dedicated activist and brilliant web innovator Aaron Swartz took his life this past Friday. Aaron was 26, but in those short years he made important contributions to RSS, been instrumental in the creation of Reddit, and created the lobbying group that was a powerful part of stopping SOPA/PIPA, among numerous other achievements large and small.

Aaron touched many lives, directly and indirectly, fighting to make the technology and the policy that would keep information free and available for everyone, and his work was appreciated around the world. The hundreds of testimonials on the website set up in his memory demonstrate this beyond a doubt.

But fighting for freedom has become dangerous business in America. Aaron was facing federal charges for illegally downloading millions of articles from JSTOR, an academic article web archive, through MIT servers, and the prosecution was threatening him with 35 years in prison and a $1million fine. It’s not clear that what Aaron did was even a crime, and if it was, the threatened punishment was completely out of proportion. He intended to spread the articles for free on the internet, and was not planning nor going to profit from the enterprise: it was an act of pure sharing.

Though suicide is never a simple act, it's all too easy to imagine how facing 35 years in prison could turn manageable depression into suicidal despair. In an official statement, his family and partner said:

“Aaron’s death is not simply a personal tragedy. It is the product of a criminal justice system rife with intimidation and prosecutorial overreach. Decisions made by officials in the Massachusetts U.S. Attorney’s office and at MIT contributed to his death. The US Attorney’s office pursued an exceptionally harsh array of charges…to punish an alleged crime that had no victims.”

The same DOJ that went after Aaron like he was a criminal mastermind hasn’t convicted a single banker for the fraudulent theft of billions that has thrown the world into economic crisis. There has been a total of one conviction connected to the CIA’s torture program, and that was for John Kiriakou, the man who revealed it to the world. Obama’s DOJ has prosecuted more government whistleblowers than all previous administrations combined.

Aaron’s prosecution comes as part of a clear pattern on the part of the federal government: give blanket immunity to the powerful (after demonstrating that HSBC had actually laundered money for drug cartels and terrorists, the government declined to prosecute because they were “too big too fail”) but throw the book at anyone who tries to bring information to the people. It’s more than anti-democratic, more than corruption: It’s villainy.

I spent time with Aaron on a number of occasions over the last year, and though we didn’t know each other well, I assumed, because we had overlapping interests and overlapping social circles in New York, that I would get to know him better over time. He struck me immediately as an intelligent, committed, and kind person. The fury and sadness that I’ve felt for this man—bullied to death by the government for fighting to make the world a better place—I can only imagine is felt a thousand-fold by those closer to him.

Aaron was a powerful force for the free and open sharing of human knowledge, a brilliant technical innovator and a brave advocate against political corruption. We’ll never know what he could have done with another 26 years. But in the four days since his death there has been an outpouring of love, anger and action that points toward a lasting legacy of advocacy and change. Aaron’s work here is finished, but his mission will be continued by the thousands he inspired. There can be no greater tribute.