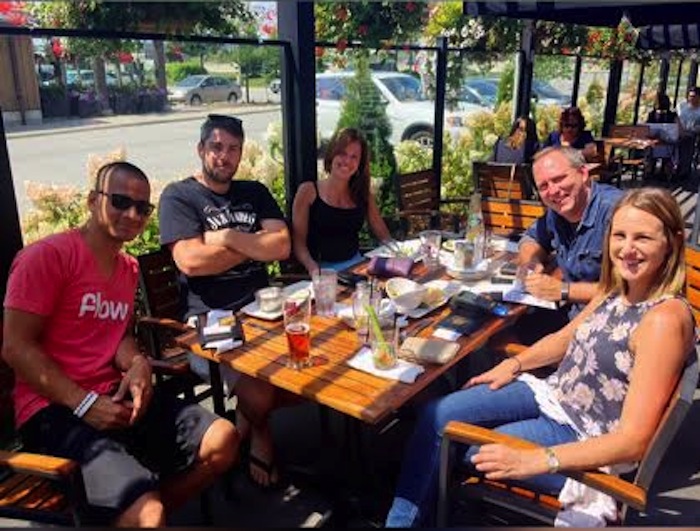 In late-2012, Tony Bacigalupo, cofounder of the recently closed New Work City, observed that people were coming into the coworking space, working, and going home without much interaction. Business was slow, the community was lacking zing, and attempts to engage members weren’t working. Bacigalupo needed to create a new way to attract and engage members. Shortly thereafter he launched Cotivation—a simple accountability group that gathers at the beginning of the year to set goals and help members meet them.

“It was a ‘keep your new years resolution’ sort of thing,” he says.

The first Cotivation group was a hit, with participants forming deep bonds and leading a cultural revitalization in the space.

“Friendships were formed,” says Bacigalupo, “people hired each other to work on things, and a lot of other good connections ended up coming out of it as the group's influence extended into the rest of the community.”

Later that year, Susan Dorsch, cofounder of Office Nomads, a coworking space in Seattle, picked up the program, developed a process around it, and she and Bacigalupo worked to turn it into something they could share with other groups. Now, Cotivation consists of a 10 week training program, an organizer’s toolkit, an online discussion group, regular meetings, customization options, and more.

Cotivation is designed to be used with coworking spaces and any other community or group where members want to get together to set goals and hold each other accountable. Bacigalupo and Dorsch have even been approached about adapting it for corporate programs. Pricing for Cotivation is $750 for the training program, or $250 for the access to the organizer’s guide, promotional resources, online discussion group, and a one year license.

There are now Cotivation groups in New York, Seattle, Sao Paulo, Fort Collins, Kansas City, Ontario, Brussels, Columbus, and more. Some groups have met only a few times, while others have been going for years. 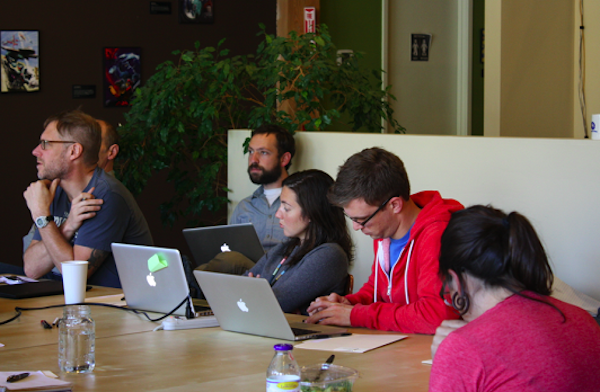 Bacigalupo and Dorsch have found that in Cotivation groups, people share a lot of the same goals: focusing on getting more clients, better time management and personal discipline, finishing creative projects that never seem to get done, clearing nagging tasks they want to avoid, even simple things like remembering to floss or getting up early every day.

“By sharing your desire to improve with peers,” says Bacigalupo, “you not only increase your chances of achieving great things, you also get to see that you're far from alone. When you work for yourself, that's hugely valuable.”

Dorsch adds that Cotivation has been an invaluable tool for her at Office Nomads. The biggest take-away for her, as well as Cotivation participants, are the connections made.

Looking forward, Bacigalupo would like to see every coworking space offer Cotivation or similar programs, so the members of those spaces can benefit from the largely untapped opportunities that come with being a member of a coworking space. He explains that one of the biggest shortcomings of many coworking spaces today is that there are far too many people who just go there to work.

“The real value of being a member of a coworking community,” he says, “lies in the connections members can make with each other, so things that would be difficult to do alone become suddenly achievable. Cotivation helps coworking communities ensure their members have a way to access that value.”

The next Cotivation training starts the week of August 27. Apply at cotivation.co.