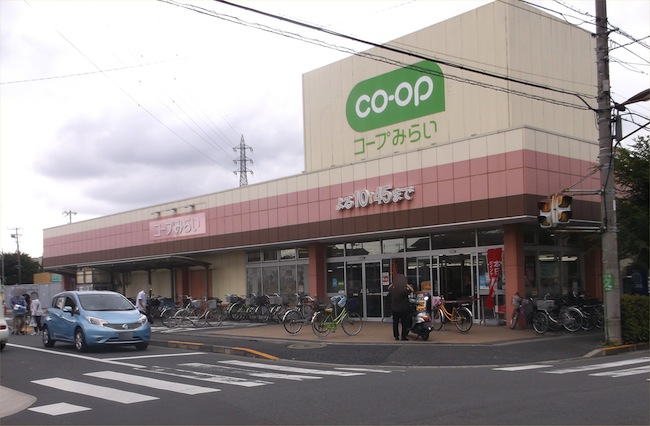 Japan's Consumer Cooperative Union (JCCU), commonly referred to as Co-op in Japan, is the world's largest consumer cooperative. It provides a diverse range of goods and services, and its resilience in the face of economic challenges and social change is a model for how cooperatives can transition to the digital era.

JCCU is not your local co-op — it's a powerhouse in the Japanese economy, with more than 28 million members, which is an astounding 37 percent of Japanese households. It's a diverse network that stretches the entire country, says Jiro Ito, director of public relations at JCCU.

"JCCU is the national union of consumer co-ops in Japan — 334 coops are a members of JCCU," Ito says. "Our main business is retailing, insurance, and also healthcare."

In fact, the resilience of the Co-op shows that when they're properly managed and remain open to adapting to emerging technologies, cooperatives can be scaled up to work together and positively impact all sectors of society.

Forging the Path of Sustainability

Founded by Toyohiko Kagawa, the father of Japan's cooperative movement, in 1951, JCCU has been an integral part of the Japanese economy for more than five decades. The group's model is unique. While it operates stores across the country, about half of its business takes places outside these physical spaces, through weekly home deliveries, because of the remoteness of many of its members and the high cost of retail spaces, especially in large cities.

In practice, this means that Co-op members send in a form every week ordering specific items listed in a vast catalog, and then these products are delivered weekly to their homes. Who are these members? Surprisingly, 90 percent of its members are female.

The Co-op is known for its high quality, ethical products. In fact, the organization was at the forefront of introducing eco-friendly products in Japan such as environmentally-safe laundry detergents. The group also led the charge on labeling allergens in its products. It also played a key role in expanding the sales of organic produce across Japan. Today, ethical products make up about a quarter of all of its sales. 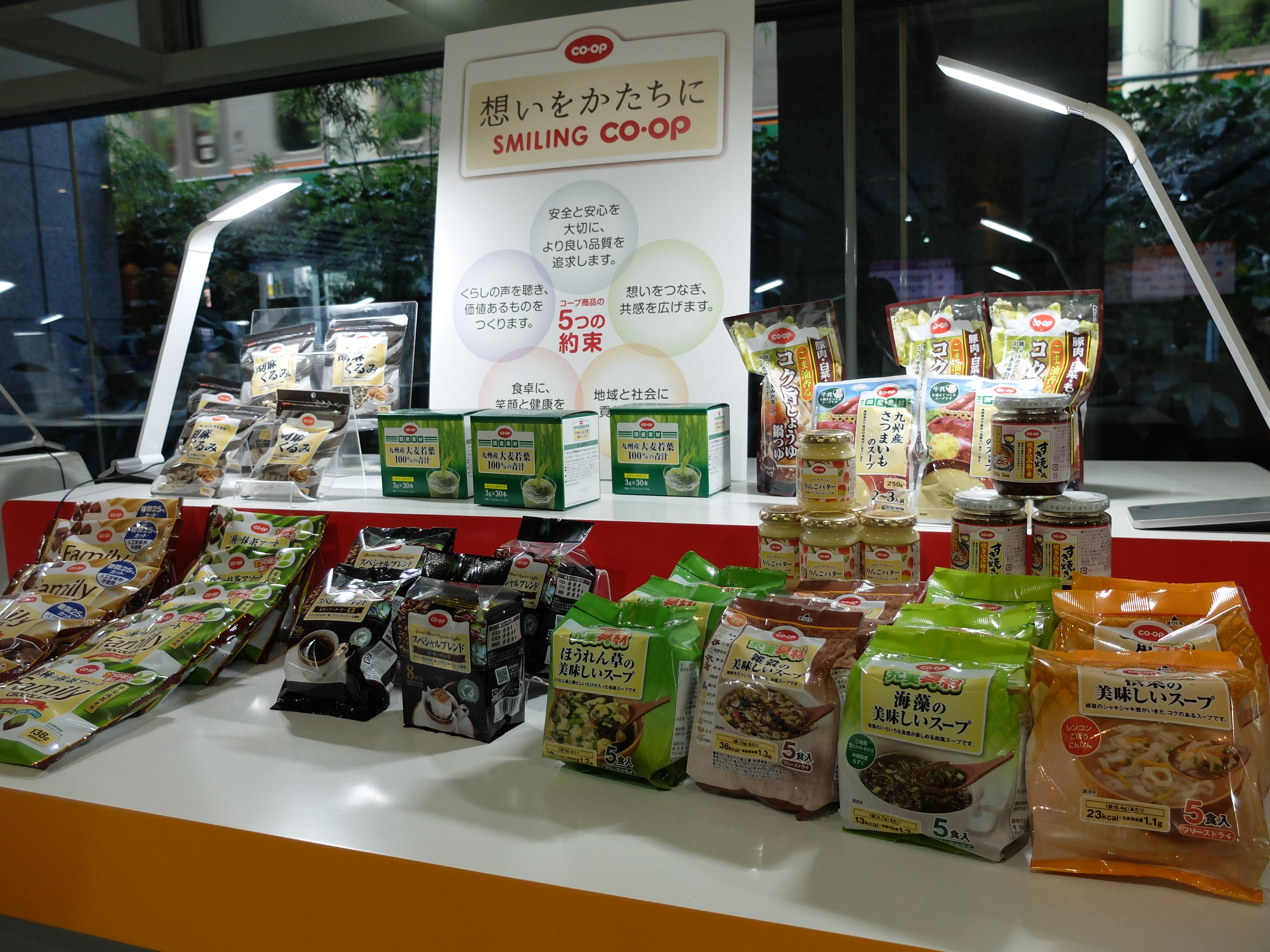 Products sold at the Co-op. Photo by Nithin Coca/Shareable

"We try to increase the number of merchandise that is fair trade, but also that supports local farming in Japan," says Ito.

Because it is a cooperative, it offers members much more than just a place to buy grocery products. It is a community, and its members participate not only in the decision-making processes for the cooperative, but in creating social networks that allow members to connect with neighbors.

"It used to be more active in Japan that there were neighborhood organizations — but nowadays, [many] people… are not joining these groups," Ito says. "We want to play a role in connecting neighbors through our activities."

Co-op members are also actively addressing Japan's social challenges. Many members are active in anti-war demonstrations. They also play an important role in disaster relief efforts. For example, after the Great East Japan Earthquake of 2011, which ravaged the Tohoku region, Co-op members across the country sent truckloads of food and other essential supplies to affected regions, which were often the first items to get aid to those in need. 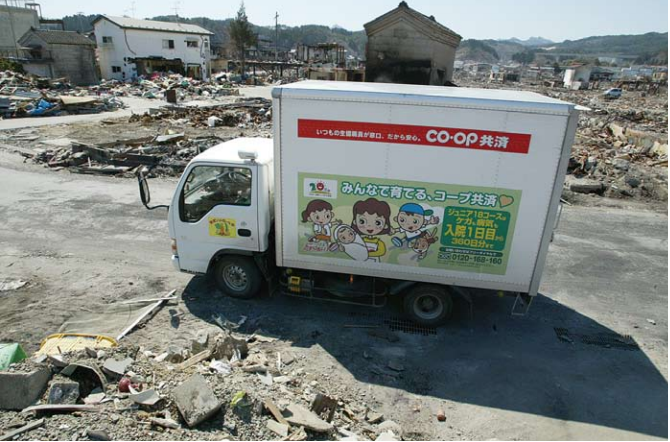 Transitioning to the Digital Age

JCCU's catalog system and weekly delivery model was developed in a very different era, and may seem ill fitting for present-day Japan, a country considered one of the most digitally connected in the world. Moreover, the Co-op's average member age is 55 — and getting older. Thus, recruiting newer, younger members is critical to its future sustainability.

So far, the organization's model is proving resilient. Despite the rise of new, e-commerce competitors including Amazon, JCCU and its member-coops are still, today, the largest delivery service in Japan. In fact, 50 percent of all food and household products delivered in Japan are through the Co-op — a total of 1.73 trillion yen a year ($15 billion), a number that dwarfs Amazon.jp's entire delivery sales in Japan, including products like electronics and books that the group does not sell.

"We are not threatened by their growth yet, but we are aware that the future is going to be difficult," Ito says.

One way they are looking to compete is move from their reliance on the paper ordering system. While this system is effective for many older members who may not be used to using digital technology, it can be a barrier for savvy youth who are used to ordering things through a smartphone. That is why in 2015 JCCU launched an online and mobile ordering platform, which now accounts for 15 percent of its sales.

"We want to introduce more younger people to join us," says Ito. "We have to use more modern technology, otherwise, they won't use the Co-op." The need to recruit new, younger members into the organization is a key concern to the organization.

One thing that will help is to allow members to join the Co-op online, which wasn't possible before due to regulations.

Even at the ripe age of 67, the Co-op is still innovating, creating newer, better, and more relevant services for its members that reflect the 21st century economy, while remembering its roots as a cooperative. It is adapting to current technologies and developing new ones. It will be a challenge, but the Co-op is ready to take it on, because its 28 million members expect nothing less.

"Even though we've become such a big organization, our organization is a place where people can make decisions democratically," Ito says.

Header image of Co-op in Japan by Kentin (own work) [CC BY-SA 4.0], via Wikimedia Commons