A City Lover's Guide to Detroit - Shareable
Skip to content 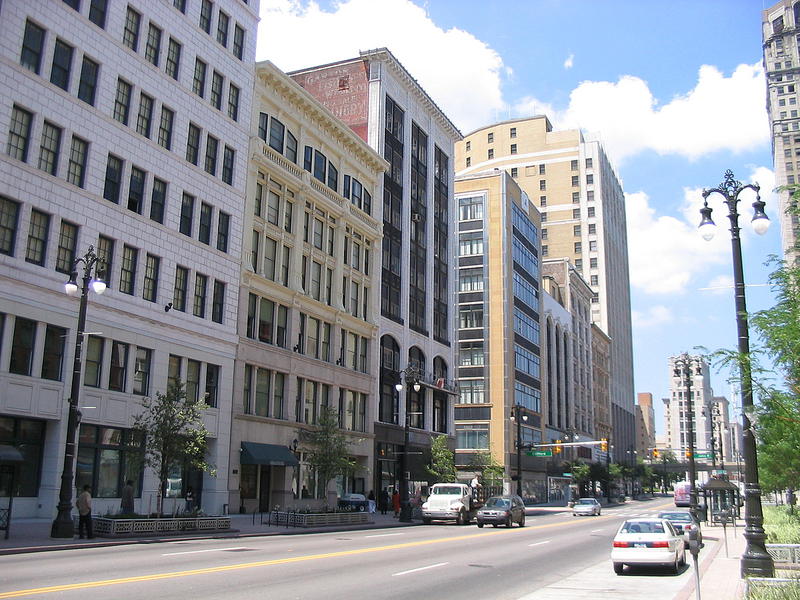 For those of us who love cities in all their giddy gritty glory, the Motor City awaits.  Although struggling in recent decades Detroit still offers experiences you expect from a world-class city: heartstopping architecture, a bustling waterfront, topnotch art, convivial nightlife, great food, picturesque city squares, a jam-packed public market, memorable strolls and a spirit all its own.

Let me start this tour of the city with a confession. Despite being a lifelong Midwesterner and veteran travel writer, I have always avoided Detroit. I expected to be depressed by seeing a once-grand place battered by economic disinvestment and all-for-the-auto urban planning. I finally made the trip two years ago, and witnessed scenes of abandonment and decay that almost broke my heart—but also examples of perseverance and creativity that stirred my soul.

Shortly afterwards, I got connected to the Detroit Revitalization Fellows Program at Wayne State University, which tapped 29 young professionals from across the U.S. to become part of organizations working to revive the city. The project—funded by the Kresge Foundation, the Ford Foundation, Hudson-Webber Foundation, the Skillman Foundation and Wayne State—is part of an unprecedented philanthropic effort to reinvigorate Detroit.

Seeing Detroit through the Fellows’ eyes—both Motor City natives and newcomers—I got an up-close look at a city that has fallen farther than any other but is now waging an exciting comeback.

“No city has gone through what Detroit has gone through. But that leaves the door wide open to do new things,” explains Fellow Matteo Passalacqua, an urban planner working with the Vanguard Community Development Corporation.

Surprises abound, beginning with the fact that you can actually see a lot of the Motor City comfortably on foot. Woodward Avenue offers an intriguing urban promenade covering two miles between Midtown and Downtown—the nuclei of Detroit’s revitalization. Home to Wayne State University and the Detroit Institute of Arts, Midtown is a haven for the young and the hip.

Stroll south on Woodward Avenue from the DIA, and you’ll see new housing and office developments with shops on the ground floor in the classic urban style—signs of Midtown’s building boom. There’s actually a housing shortage in Midtown right now, as burgeoning numbers of young people along with employees of Wayne State and the nearby Henry Ford Health System and Detroit Medical Center seek to move into the neighborhood.

Coming into downtown, you’ll pass pass Grand Circus Park, one of several landscaped squares downtown laid out 300 years ago as part of the city’s European-style street plan. Handsome mid-rise buildings line Woodward and surrounding avenues, a number of them empty but not detracting too much from the overall sense of vitality. Campus Martius—an inviting square renovated in 2004 to include a café, music stage, ice rink and mesmerizing fountain—lured $500 million in new development to adjacent blocks.

Woodward Avenue meets the Detroit River at Hart Plaza, the social focal point of downtown and site of many festivals throughout the summer. Check out the iconic sculpture of boxer Joe Louis’s arm and the deeply moving Underground Railroad Memorial showing escaped slaves looking across the river toward Canada.

Rolling on the River

Another pleasurable stroll is the River Walk, which edges the turquoise Detroit River five miles from downtown to Belle Isle, a Frederick Law Olmstead park with sweeping lawns and landscaped lagoons occupying a 982-acre island. (Or see the sights on a rental bike.)

You’ll pass Renaissance Center, GM headquarters and a showpiece of the 1970s strategy to renew downtowns by concentrating new development in fortresses set apart from everything else. A short ways up the path, you can enjoy a picnic or just kick back shadow of the lighthouse in William A. Milliken State Park, Michigan’s first urban state park. It’s the trailhead for the DeQuindre Cut Greenway, a rail line fashioned into an oasis-like biking and hiking trail leading one mile to edge of the Eastern Market—which features 250 vendors from the region, plus surrounding blocks filled with bountiful bakeries, meat markets and specialty gourmet shops.

Stirrings of revitalization can also be felt  nearby in Southwest Detroit—an immigrant haven that registers the lowest family income of any area in Detroit but nonetheless shows many signs of a thriving community. Roughly 40 percent African-American, 40 percent Latino and 20 percent white, it’s home to active community organizations, small businesses, ethnic restaurants, intact historic neighborhoods and a walkable commercial district along Vernor Highway that would please Jane Jacobs.

Hamtramck, an independent city enclosed by the North side of Detroit, once a bastion of Polish immigrants is now a racially diverse community favored by Bangladeshis, Arabs, Bosnians, Albanians and young people of all backgrounds, according to Fellow Tom Habitz, who bought a bungalow there. You’ll find great Bangladeshi food at Aladdin, exquisite crafts and imports (plus a treasure trove of polka recordings) at the Polish Art Center and live indy rock at clubs scattered throughout town.

What About the Ruins?

The two best examples are: 1) Michigan Central Railroad Depot, an imposing 18-story train station on the edge of Corktown where every single pane of glass is busted out; and 2) the Packard Plant, a 3,5000,000 square-foot auto factory by eminent architect Albert Kahn on East Grand Boulevard, which was abandoned in 1958 and later made musical history as the site where techno music gained popularity at raves in the late 1980s.

Dancing in the Streets

Less than four miles west on Grand Boulevard is an even more world-renown musical shrine —a modest frame house where Berry Gordy lived on the 2nd Floor and superstars like Stevie Wonder, the Jacksons, Diana Ross & the Supremes, Marvin Gaye, the Temptations and Four Tops recorded a stream of hits downstairs. It’s a religious experience to enter the small Motown Records studio with the original Steinway piano, Hammond B-3 organ and furnishings. You can see the dining room table that served as the company’s shipping department, the couch where Marvin Gaye sometimes slept after all-night recording sessions, and the desk where a receptionist named Martha Reeves greeted visitors. The same Martha Reeves who later sang one of the most memorable odes extolling the sheer exuberance of city life:

Summer's here and the time is right

For dancin' in the streets

They're dancin' in Chicago

Down in New Orleans

Up in New York City…

Martha Reeves and the Vandellas got it right back in 1964— anyone who truly savors urban life can’t forget the Motor City.

Adapted from Model D , an online Detroit news magazine.  Jay Walljasper, a former travel editor at Better Homes & Gardens and contributing editor to National Geographic Traveler, chronicles urban life around the world.  He is author of All That We Share: A Field Guide to the Commons and editor of On The Commons.org. For more, see his website.