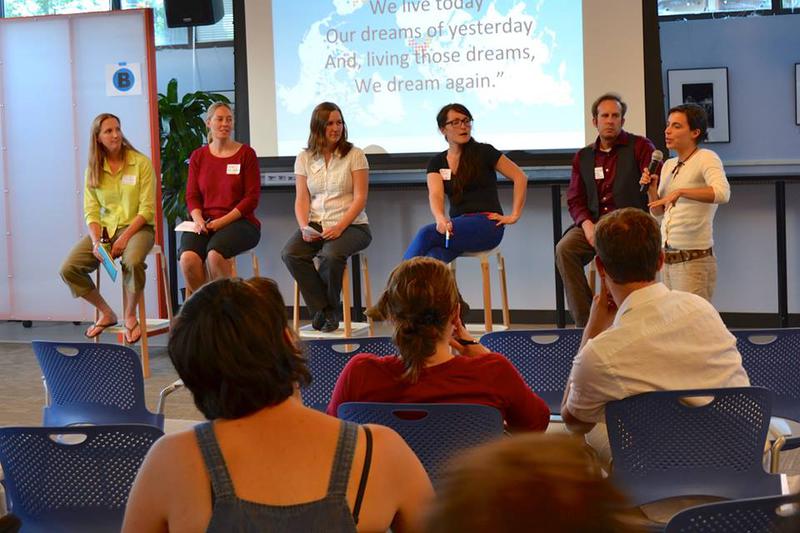 As a recent graduate and young community leader, I have been focusing my efforts on expanding community relationships and promoting sharing networks, particularly through cooperative living. So the idea for the Boulder Sharing Economy Summit naturally came up during discussions at the Boulder Housing Coalition (BHC), which I am board member of.

BHC is a non-profit dedicated to developing low-income/affordable community cooperatives. It owns three houses with a total of about 50 bedrooms. We strive for inclusivity as part of our housing model and we give tenants of our houses full rights to alter the space they live in using a consensus based model. BHC wanted to connect to organizations, businesses and individuals with aligned goals and aspirations, so we decided to do a sharing economy summit to draw attention to some political issues such as zoning, and to develop an umbrella organization to help facilitate collaboration in the sharing economy in Boulder.

The Boulder Sharing Economy Summit was held on May 30, 2013 at the HUB in Boulder. We were lucky to receive funds from Shareable's seed grant program and BHC, as well as donations from the HUB, Boulder Food Rescue and Twisted Pine Brewing. As guests entered the summit, they signed up their organizations and business to be put in the sharing economy directory and map. Five speakers from local organizations spoke about the sharing economy in Boulder and Ashley Satorius from the board of the Solidarity Economy Network gave insight into the sharing economy as a global movement.

We had a mix of networking, short presentations and breakout groups all with the focus of unifying our efforts and sharing our successes and failures within the sharing economy. The event attracted about 120 people, the majority of the demographic was individuals who were heavily involved in Boulder’s sharing economy but also some students and members of the public who were just interested or wanted to get more involved.

A lot of attendees made strong connections. I overheard conversations between the director of our local bicycle cooperative and the owner of eGo Car Share talking about mutual goals of less cars and more bike paths in Boulder. I heard an individual from the Safehouse Progressive Alliance for Nonviolence (SPAN) talking about reaching out to more youths, doing more promotion in Spanish and promoting more in places that may be more inclusive. The speaker from the Urban Land Institute did a great job of getting people excited and organized about changing zoning laws in Boulder.

We had a follow up sharing economy breakfast at Fuse, another coworking space in Boulder, and we plan to have monthly meetups to discuss future work with the sharing economy and hope to continue collaborating with each other.  Another great outcome of the event is our website and sharing economy map which can be found at Bouldersharingeconomy.com. I will continuously update them with submissions to our directory and interesting local sharing economy news. Please join the BHC Facebook group if you'd like to get involved, come to our meetups, or just keep updated on how Boulder is progressing. And let us know what's happening in your town!

Jordan Mann is a board member of the Boulder Housing Coalition and recent masters graduate studying energy efficiency engineering of buildings. He is an activist for affordable housing and volunteers

Jordan Mann is a board member of the Boulder Housing Coalition and recent masters graduate studying energy efficiency engineering of buildings. He is an activist for affordable housing and volunteers with Boulder Food Rescue and Food not Bombs.