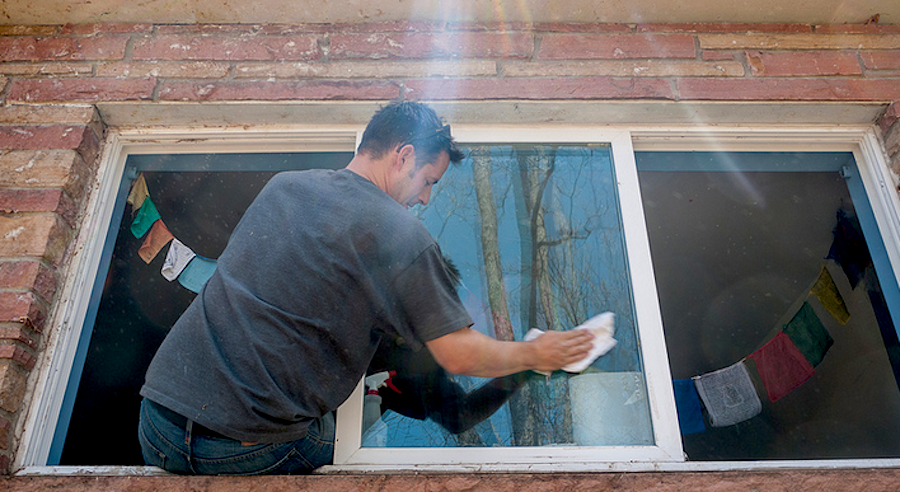 I live in one of a growing number of “illegal” cooperative houses (co-ops) in Boulder, Colorado. The city’s occupancy limit of three or four unrelated people effectively bans co-ops, which is in direct opposition to its stated goals of providing affordable housing and environmental responsibility.

Co-ops have always seemed like a logical solution to unaffordable and environmentally unsustainable housing. We use less energy since there is less home per person to heat and cool; we buy our food in bulk, saving money and packaging; and we share house chores and cooking, which increases the amount of free time we have to pursue the things we love. With such a no-brainer solution to Boulder’s stated goals, I thought changing the law to allow co-ops, or increased density, would be easy! So I, along with a group of friends from the existing co-ops, and other community activists, started organizing to change the law.

Boulder isn’t the only city in the US with occupancy limits; they exist in many large cities and college towns. The reasons for occupancy limits have nothing to do with health and safety. Health and safety concerns apply to families as well, which are granted much higher occupancy limits. The existence of occupancy limits are rooted in classist notions or desires to protect housing prices. A recent paper from the Sightline Institute called Unlocking Home explains that the problem is that “dwelling units are required by law not only to satisfy legitimate safety criteria, such as fire-resistant construction, but also to meet a standard of accommodations aligned with society’s current middle-class norms.”

In addition to the occupancy limits, these legal requirements, unrelated to health and safety, may include: large lot sizes, building height limits and property line setbacks, arbitrary and large amounts of off-street parking, or private bathrooms and kitchens for every individual housing unit. These regulations result in three main outcomes for working class folks: 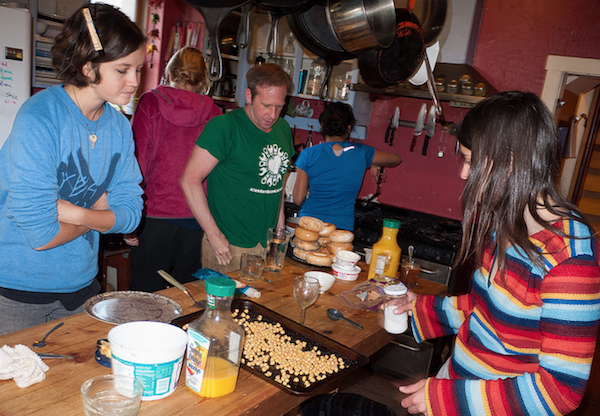 We have, so far, been unable to unearth the exact origin of Boulder’s occupancy limits. Will Toor, former mayor and county commissioner who has also lived in and created co-ops in Boulder, says the law predates his arrival in the 1970s. It may have been put in place in response to the first wave of counter-culture youth who came to the city in the 1960s. But regardless of its origins, the occupancy limit creates significant barriers to creating co-ops.

A local non-profit called the Boulder Housing Coalition (BHC), of which I’m a board member, has managed to create two housing co-ops without running afoul of the occupancy limits by using buildings that were originally built as large single family homes, but which were subdivided into multiple dwelling units at some point. The organization’s most recent co-op converted a small apartment building into a rooming house—the only land use in the code that really permits this kind of living arrangement.

Unfortunately, these types of buildings with grandfathered uses are very rare. It’s taken 15 years to create these three communities, housing about 50 people, even with the support of the city’s Division of Housing. All of the BHC co-ops are permanently affordable housing and residents must income qualify to live there. The challenges of creating legal co-ops, coupled with the high demand for co-op living, makes getting a space in one these houses competitive. In the 2014 lease cycle the Chrysalis Co-op had 44 applicants for four openings. This isn’t uncommon. The BHC has had essentially a zero percent vacancy rate since its inception. 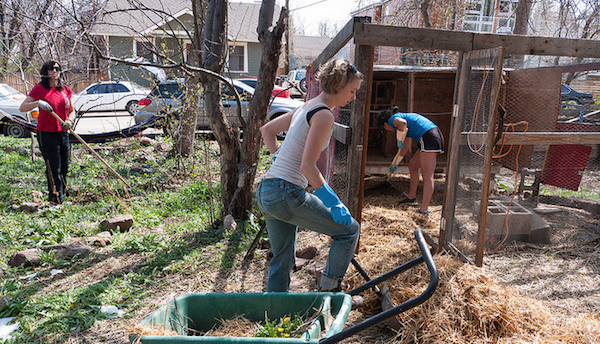 Co-op members restore the garden after a flood

The challenges around forming legal cooperatives results in residents forming their own illegal co-ops. The house that I live in had so many great applicants that we actually just helped our applicants start their own cooperative. The illegal cooperative scene in Boulder is thriving but being part of the community comes with the risk of being evicted on short notice for being over-occupied. This makes it mostly attractive to younger, able-bodied people who don’t have children. Being forced out of your home without warning is a terrible experience for anyone, but it’s far worse if it also means changing your children’s school district or needing to find another handicapped accessible space.

Unfortunately, some of the people most averse to the risks of illegal cooperatives are also those who could benefit the most from community living. There are currently four single mothers living at Ostara, the BHC’s newest co-op. They are able to trade off responsibility with childcare and cooking responsibilities, and receive all the other benefits that come from co-op living. Seniors are another group that benefits from living in community. Many seniors in Boulder are perfectly capable of taking care of their own needs but would like to have others around for increased safety, social contact, or even just to make it easier to manage Boulder’s high housing costs on a fixed retirement income. 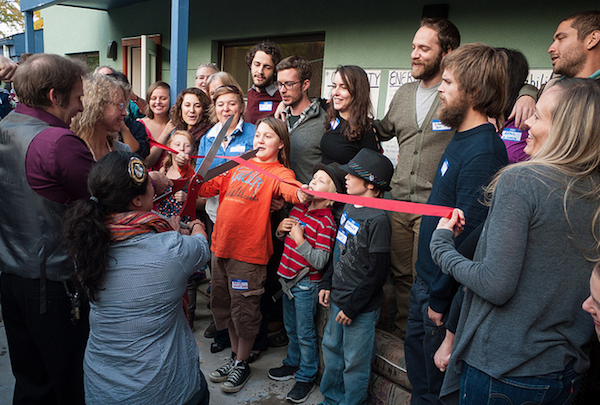 The grand opening of Ostara, a co-op designed for the needs of families

During the process of building the BHC and challenging occupancy limits, we heard the most resistance from wealthy home owners who feared that increased occupancy would lead to densely packed student houses. These student houses, presumably, would be loud and inconsiderate, causing endless problems with parties, noise and trash—never mind the fact that laws already exist to deal with these kinds of behaviors. Without buying into this stereotype of students, we still felt it would be an overall improvement if we could make it possible for less threatening populations to live together.

We helped draft an ordinance enabling seniors to live together cooperatively. Initially, the proposal was to remove the occupancy limit for unrelated seniors, allowing them to live together as if they were related. This was eventually watered down to allowing a maximum of six seniors living together instead of three. As benign and non-threatening as that seems, the ordinance didn’t pass. A small number of vocal citizens raised concerns that their neighborhoods would be overrun by seniors if the measure passed, or that seniors would somehow be forced to live together “stacked like cordwood” in flophouses. Boulder City Council decided that these concerns were more important than allowing our elders to age in place in an affordable, community-oriented way.

Despite the glacial pace of change so far, we are gaining political clout. Our organization is growing and we have built a diverse coalition in the community, including advocates for elder housing, cooperative housing, the University of Colorado student government, climate and sustainability activists, and youth political engagement organizations. We’ve created a consistent voice for people who want the option of living in community. We have encouraged students and renters to get involved in Boulder’s housing strategy discussion and be a part of their local neighborhood associations. Housing is something that is constantly shifting and morphing to meet the needs of society.

We don’t believe that everyone will want to live in co operative-style housing and that is okay. What we do want is to allow people to have choices about how they live and who they live with. With all of its advantages in terms of affordability, sustainability, and community building, we might even want to be actively encouraging this kind of living as a society. At the very least, we should stop prohibiting it.

Make Boulder Home is a campaign to try and pass an ordinance that would allow cooperative housing to be a legal possibility in Boulder. To learn more about the campaign, or cooperative living, check out MakeBoulderHome.org. We are currently fundraising for a political organizer training from Camp Wellstone. You can donate through the Boulder Housing Coalition.

Jordan Mann is a board member of the Boulder Housing Coalition and recent masters graduate studying energy efficiency engineering of buildings. He is an activist for affordable housing and volunteers

Jordan Mann is a board member of the Boulder Housing Coalition and recent masters graduate studying energy efficiency engineering of buildings. He is an activist for affordable housing and volunteers with Boulder Food Rescue and Food not Bombs.