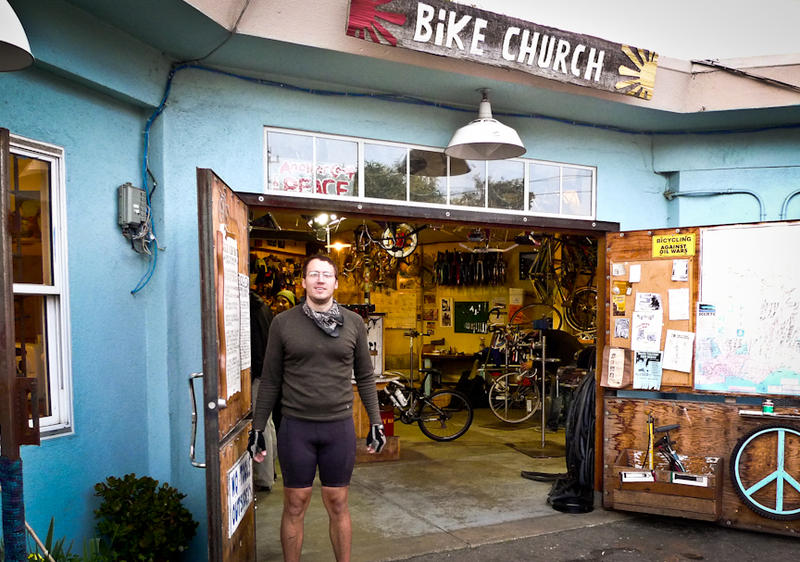 I like to think of utopia as the space where idealism meets reality. Over the years, I have found few radical social change projects that met reality without failure or conflict, especially within a capitalist economy. Transformative projects often fail to take off and end up disillusioning their founders and volunteers. The Bike Kitchen model is one of those unique exceptions that we can try to learn from.

The first time I visited the San Francisco Bike Kitchen, I was struck by the seemingly limitless energy – it was bursting at the seams with volunteers and clients waiting to work on their own bikes. As other local nonprofits and business are struggling or closing up shop, I wondered what makes this model different.

Bike Kitchens have been around since the 1980s, and the earliest recorded one was in Austria. There is little documentation about how they spread, but now they're all over the world: from Argentina to France to Ghana and over 200 in the US alone. Their common mission tends to be bike access for everyone, regardless of socioeconomic status. Reciprocity and self-empowerment are the key operating principles. Everyone’s contribution matters regardless of skill level.

Almost all Bike Kitchens share a remarkably similar model, perhaps because it works so well although there is some variation. Some have “earn a bike” programs for kids, and some, like Bike Not Bombs. repair and ship bikes to developing countries. The Bicycle Organization Project explains what constitutes a community bike shop:

Most of these workshops charge small shop day use or periodic membership fees, around $5 per day to use. As ecologically minded organizations, they recycle bike parts and get donations from bike companies to sell at low cost or as “digging rights” for a bigger bike project. Some have flat “build a bike” fees to cover the cost of staff supervision, parts, frame, etc. to build an entire bike from scratch (from a minimal $30 to $60 or a six hours work trade). Patrons at SF Bike Kitchen have a third payment option – to volunteer for another nonprofit on the local Timebank and use their Timebank hours to pay. Shops offer bartering so that costs can be paid in labor instead of money by their lowest income customers, reducing barriers to participation from diverse groups. For this reason, some kitchens, like Colectivelo in Oakland, California, use no money at all.

Kitchens are different from regular bike shops in that they involve their patrons learning to fix their own bikes and becoming self-sufficient mechanics. Volunteer staff may guide them or teach them in classes, but the work is done by the patrons in a learn-by-doing methodology, which is critical in mastering bike maintenance and repair. To keep the shops sustainable, patrons are recruited to be volunteer staff, teaching others at whatever level they are at. SF Bike Kitchen staff seem to love their jobs, are obsessed with bikes, and reliably show up for weekly 5-hour shifts. The San Francisco Bike Kitchen has more patrons than it has space, so there is usually a line at the door even before the kitchen opens. 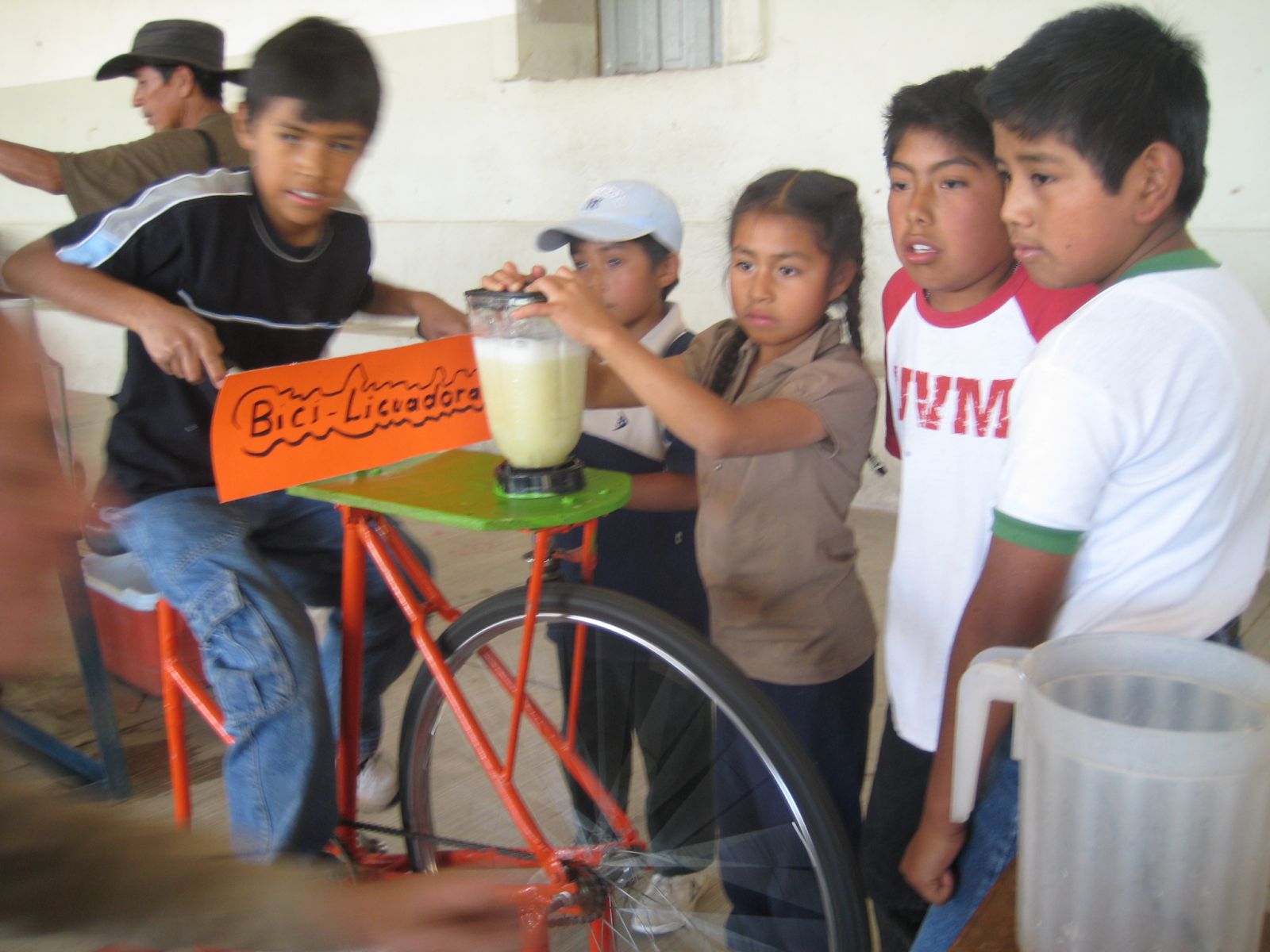 Bike Kitchens are surprisingly easy to start. Some begin out of a personal garage, like Bozeman Kitchen, sharing tools and skills informally. Biketopia in Berkeley opened and took just two months from conception to become an incorporated nonprofit with storefront shop, stands, tools, and a youth program. Founder Zach Cohen volunteered at the San Francisco Bike Kitchen as staff and earned Timebank hours at BACE Timebank, which he then used to create his own community bike shop in the East Bay. The hours paid for business plan, development, logo design, marketing and helped recruit a dedicated Board member. The SF Bike Kitchen donated the bike stands through its grant program. A local youth organization supplied volunteers to give at-risk youth employment skills. Zach explained his passion in an interview with EcoLocalizer, “I believe the most important form of activism is the creation of alternatives to the failing establishment. Biketopia’s goal is to address diverse social problems with one comprehensive model that builds community while implementing solutions to youth homelessness, climate change, interest based money, and public health.”

I was shocked to find out that despite charging minimal fees for shop use, Bike Kitchens are financially robust nonprofits. The San Francisco Bike Kitchen does so well it makes grants to other organizations, including non-bike organizations. SF Bike Kitchen’s annual Tour de Cupcake fundraiser sold out last year in just 6 days.

Colectivelo charges its patrons nothing. If people want to take something physical from the shop, they are asked to propose a work-trade to help the shop. It can be pretty much anything, as long it seems sincerely offered. Coordinator Morgan Kanninen says, "We make sure folks know about how the shop runs, what its challenges are, and that their opinions of what would help the shop are valuable. From there, what they want to do is really up to them. We don’t have rates for the number of hours it takes to earn something … it’s really valuable for this to be a co-created space. Someone painted us a landscape painting with a bike on it. " Colectivelo's rent is paid by the Catholic Worker organization and they receive parts and tool donations, which allows them to not pass on operating costs to their low income patrons, many of whom are undocumented immigrants.

Bike Kitchens are sometimes run with a collective-style governance structure. Because patrons pay for membership and day use, patrons often do most of the Bike Kitchens' governing. A blurry line may exist between patron, casual volunteer, and volunteer staff as everyone helps everyone else. SF Bike Kitchen Board member Lorae Fernandis believes that, “Paying minimal fees creates a dynamic where volunteer staff feel like they can ask the patrons to pitch in with work, rather than being passive customers and customers want to help because it’s their bike kitchen. There can be some inefficiencies in decision-making and executing tasks without much hierarchy but we think this model is important to community work.”

The concept of consumers co-producing a service and being incorporated into decision-making processes is called co-production, a term I first heard in relation to nonprofits that use timebanking. Co-production models can draw enthusiastic participation from populations that are traditionally slated as passive clients of services, in a role reversal that fosters empowerment and confidence. In conventional nonprofits, the cult of professionalism can block flows of service where low income populations may not get their needs met at all if not by their peers. On the other hand, the peer-to-peer education process creates exponential grow in learning.

There are few nonprofits that can claim stable economic self-sufficiency, especially when working with low-income communities. However, Bike Kitchens have an endless supply of users because they supply a basic needs service at an affordable cost. For example, day laborers fill the three bike kitchens in LA because they need bikes to get to work and they also can’t afford to go to a bike mechanic. I see this model as the future of the new economy – a fluid economy based on peer-to-peer learning, exchange, distribution and co-production, and a resilient web of many people and organizations, with many skills their community can use.