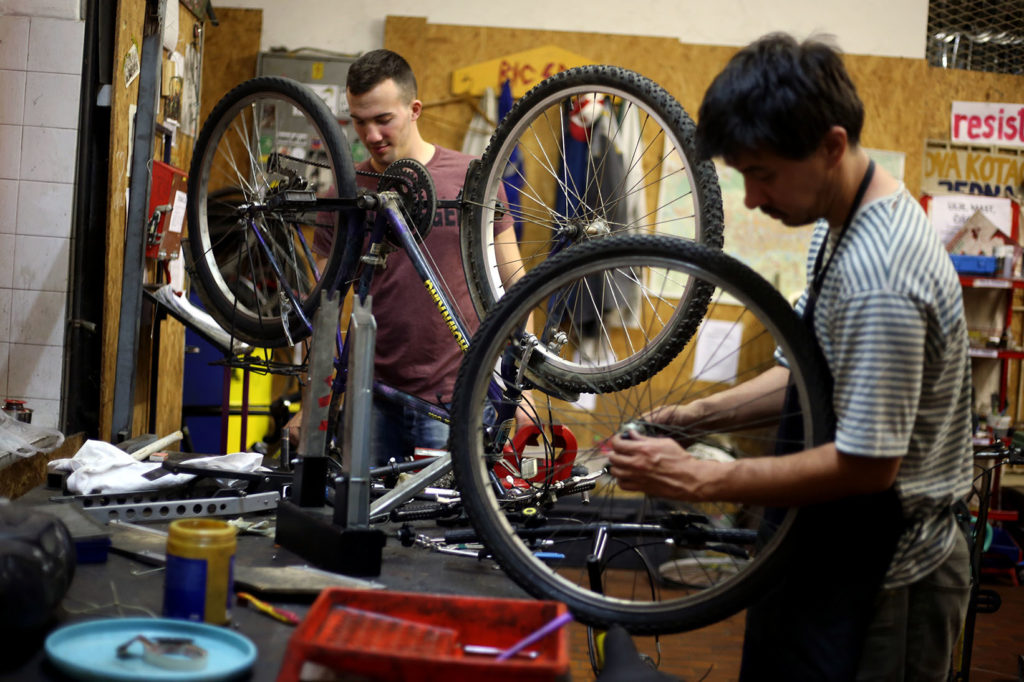 The Biciklopopravljaona bike kitchen, which is a repair shop for bicycles that’s run by volunteers in Zagreb, Croatia, is an enchanting place. There’s a certain beauty in not only the mechanics of fixing broken bikes, but in the atmosphere there — strange bike parts are strewn around and volunteers in blue overalls with oil-covered hands work on bringing rusty, worn-down, and damaged bikes back to life.

Biciklopopravljaona has been for around nine years, and I’ve been a volunteer there for the past seven years. It’s been a joy to resurrect piles of old metal objects into functional modes of transport that are sustainable, clean, and durable. During my time as a volunteer there, I also visited some bike kitchens around Europe. Each group has its own specific model, but there are some common threads among them — each one requires a dedicated space, committed volunteers, and basic tools. You don’t have to reinvent the wheel — here are three essential ingredients to start a bike kitchen in your community:

1. Space: Biciklopopravljaona is operated by the environmental NGO Zelena Akcija (Green Action), which covers rent and other expenses. Because of their support, we don’t have to rely solely on donations. However, this isn’t the case for many other bike collectives. To be able to cover their costs, some bike kitchens in Europe specify minimum donation requirements. In an effort to keep the workshop open to everybody, we do not set a minimum. We have a donation box set up near the exit but nobody is obliged to donate. We believe that working with an existing organization like Green Action is the most sustainable path for a volunteer-run bike kitchen like ours.

2. Tools: Since we don’t have to worry about paying rent for the space, most of the money we raise from donations goes directly towards replacing tools. Because the tools are used by many volunteers, they tend to break or get damaged easily, so they need to be replaced quite often. When we do replace tools, we look for used tools at flea markets and other places instead of buying new ones. We also used money from the donations to buy bike parts to fix old bikes, which we then donate to refugees.

3. Volunteers: You don’t need highly-skilled mechanics to start a bike kitchen. Try to find a few people who know a bit about bikes, and they will quickly learn from each other. If you want to keep them involved in the long term, it’s important create an environment that’s fun and inviting and not just focused on work. At Biciklopopravljaona, we turn up the music while we work, make pancakes or popcorn, and end the day by sharing drinks. 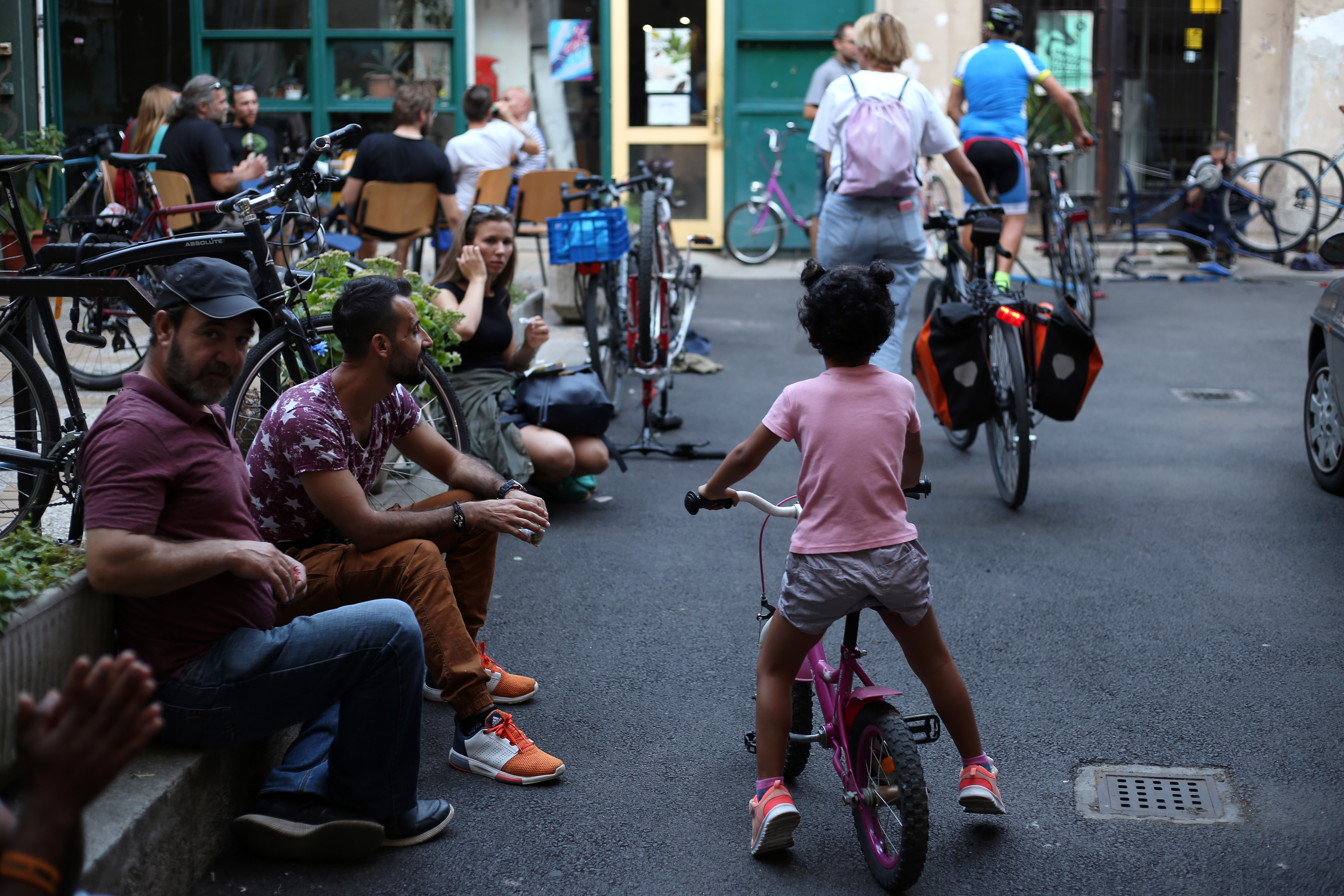 Learning the nuances of bike mechanics is not always easy; it’s more like biking on a mountainous path, with lots of roadblocks and curves along the way. Just when you think you are an expert, somebody comes along with a 30-year-old bike or one that’s made on another continent, and you feel like you’re back at square one. I’ve been volunteering at the Biciklopopravljaona bike kitchen for so long because there’s always something new to learn. Plus, getting your hands dirty to build something useful for someone is just so rewarding.

All photos by Marina Kelava