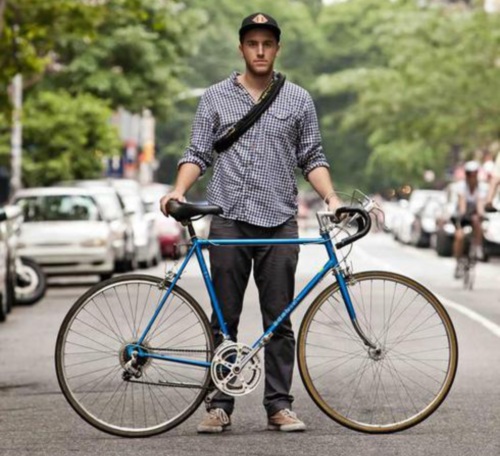 San Francisco, New York City, and Portland will each launch fleet-based bikesharing programs next year (Portland-based Alta Bicycle Share won the contract in all three cities). That hasn’t stopped the shoestring startup, Liquid, from taking a stab at an alternative peer-to-peer model. Liquid owns neither bikes, nor racks, but instead cultivates a network of private bike owners and borrowers to create a system of exchange. CEO Will Dennis says early adopters have already registered over 150 bikes in San Francisco and New York, with numbers growing by the day. But with fleet-based bike sharing on the rise, is there a future for such a system?

For starters, bike sharing, like any sharing-based business, must be convenient for the user. That's where peer-to-peer raises questions. Renting from individuals introduces the hassles and inconsistencies of dealing with a private provider. Sure, Liquid's website does a good job of connecting borrowers and lenders. But it's the real-world aspects of the transaction where problems manifest.

I recently created an account on Liquid, just to test the system. I requested a bike from a nearby neighbor, who responded 90 minutes later. By that point, I'd assumed no response and moved onto another plan for my day. (My own own bike, the "Fulton Fuji" has been up for rent on Liquid for over a week, and has yet to get a hit.)

Dennis seems unconcerned by these growing pains. Enthusiasm is high amongst early adopters, he says. In fact, he and his team have observed how many bike owners take ownership over the rental experience—offering to meet borrowers at nearby coffee shops, or even deliver a bike wherever a borrower happens to be. The human element, though fallible, is part of the appeal, says Dennis.

“What’s unique about our service is that each bike comes with its own personal customer service agent. Bike owners are making money and motivated to provide a good rental experience for the borrower."

But how about the money—is there any to be made in such a system? Liquid allows owners to set their own bike rental rates which average $18 per day. Liquid's 12.5% cut amounts to $2.25 per day—a modest profit.  In exchange, renters receive disaster insurance: bike owners, $5,000 in theft insurance.

Entrepreneur Lisa Gansky is author of "The Mesh: Why the Future of Business is Sharing.” She says Liquid's model—however primitive now—is designed for evolution. By not overcommiting to any one technology, Dennis has created a "generous" platform well suited to adapt to user feedback and behaviour patterns.

Gansky thinks Dennis may be keeping the platform flexible in order to expand beyond bikes into surfboards or other items. After all, there's no need to impose artificial restrictions. “A big part of what’s driving the sharing economy is people wanting to get more connected with their neighbors," says Gansky.

Scheduling remains the biggest challenge for the peer-to-peer model, which Gansky thinks may be best suited for remote neighborhoods or suburbs that lie beyond the physical range of city bike share fleets, though well within the buzz range.

San Francisco's pilot program, for example, will create an anchor shape from the Ferry Building to Civic Center and the Financial District to SoMa. That will leave the Mission and the entire western half of the city unserved, leaving plenty of opportunity for peer-to-peer models to fill the vacuum.

There are other reasons why the two systems could co-exist, rather than compete. While fleet share systems operate per-hour, peer-to-peer systems lend themselves to daily, or longer, rentals. That's ideal for tourists and renters more interested in casual exploration than point-to-point commuting.

As for that inherent scheduling problem, Dennis says his team is working on solutions that leverage bike owners' inherent motivation to serve renters. The next iteration of Liquid's platform will promote owners willing to go the extra mile to get bikes into borrower's hands.