Are Maker Spaces the Future of Public Libraries? - Shareable
Skip to content

When was the last time you went to the library looking for a book? How about a 3D printer? The Fayetteville Free Library, a public library in upstate New York, plans to offer its community both options: A traditional, book-filled library, and a Fab Lab to learn new technologies and build new projects.

In recent years, the FFL’s Executive Director Susan Considine has been pushing for a reinterpretation of libraries’ role.

“Libraries exist to provide access to opportunities for people to come together to learn, discuss, discover, test, create. Transformation happens when people have free access to powerful information, and new and advanced technology."

This forward-thinking attitude has helped the FFL continue to grow, adding an AV-enabled meeting room, tutoring spaces and even a coffee shop. In 2003, the FFL moved its expanding facilities into a disused furniture factory. Soon, the east wing of that building will become one of America’s first free, public-access maker spaces. 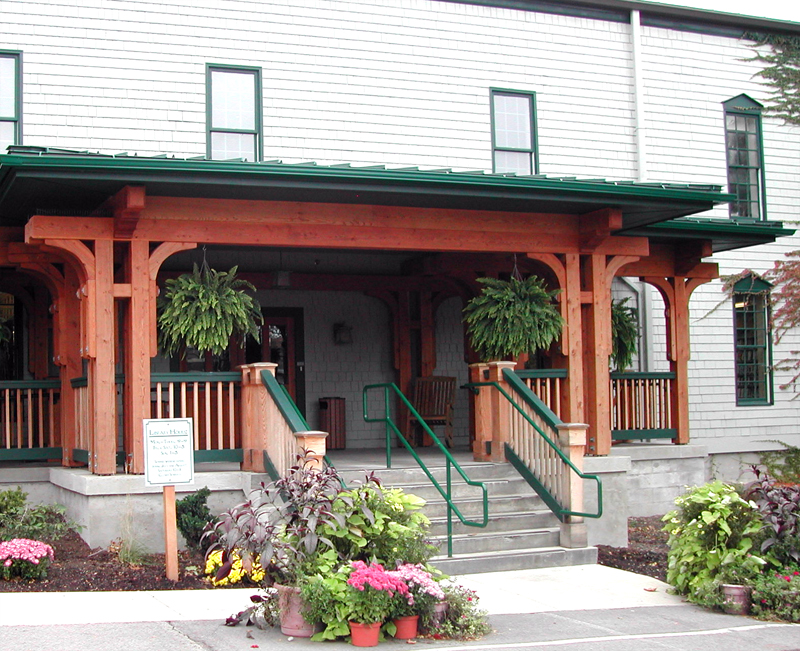 This brilliant idea, a.k.a. the FFL Fab Lab, is the brainchild of Lauren Britton Smedley, FFL's director of Transliteracy Development. I spoke with Lauren about the Fab Lab, the future of libraries and what exactly "transliteracy" means.

What was the inspiration to build the Fab Lab?

When I was working on my Master’s in Library and Information Science at Syracuse University, I took a course called “Innovation in Public Libraries.” In that class we were introduced to 3D printers, and the idea was posed: Does this belong in a public library?

I couldn’t really shake the idea, so for my final project I developed a proposal to build a “fabulous laboratory” in a public library. At that time I was working as a clerk here at the Fayetteville Free Library. So I brought the proposal to Sue Considine and said, “I think we should do this.” She agreed, and so she brought me on right after I graduated to execute this project.

So it’s short for “Fabulous Laboratory,” not “Fabrication Laboratory”?

Yes. You know, MIT really runs the Fabrication Labs, and we don’t have the exact same equipment that they have. We are going to have CNC machines, and you know, the things that are at the heart of a Fabrication Lab — but we really want to leave it open to what the community wants, instead of designing it directly after the MIT specifications.

Aside from the MIT Fab Labs, is there anything else you’re going by as a model?

I’m working and communicating with a lot of maker spaces across the country. Also some hacker spaces. For example, Bre Pettis from NYCResistor and an inventor of the MakerBot — he and I have had a number of conversations about what belongs in a maker space like this. And some other people from maker spaces in Detroit, and I’ve done a lot of reading on it… It’s a combination of responding to a community need, as well as reaching out to people who have done this before.

As a not-for-profit maker space, will you be able to provide services to entrepreneurs, or will it be more for educational use?

This is actually going to be combined. The east wing, which we’re going to renovate and turn into this Fabulous Laboratory — part of it will also be a business center. So the goal is to be able to provide local entrepreneurs with the ability to use the technology and, while we’re not quite sure of the financial model we’re going to use, we plan to make it as free and accessible as possible.

How has the community reacted so far?

Again, we’re in the very developing stages of this project. But there’s a professor, Tim Brower, who runs the Design Works lab at Syracuse University, and he’s donated hours of his time to help me put the MakerBot together. And then he brings some of his friends from the community in to help me set it up…

There’s pockets of people who are just so supportive, because they want to get access to this machine. And I think as soon as we start to roll it out, and people start to understand and see what this stuff can do, that it’s just going to grow.

Have you heard from other libraries and people with similar ideas?

Oh yes. Ever since word’s gotten out about this project, I’ve gotten emails and phone calls almost every day from other libraries saying “Yes, we want to do this, we don’t know how,” or “We’ve started and gone this far, what are you doing?” It’s wonderful for me to hear that, because the base of this idea was that I want libraries across the country to have access to technology and to offer this kind of services and access to this — in essence, this new kind of literacy.

I’ve been documenting the whole thing and will be releasing all of our — I guess sort of like a white paper, the project from start to finish — so that other libraries can see what mistakes we’ve made, what we did right, how we paid for things, and then be able to replicate it in some way on their own.

Your title is “Transliteracy Development Director.” Can you tell me more about that title?

Well, transliteracy is sort of this new word that’s floating around in library land, but the concept it’s referring to is actually not new. Transliteracy itself is the ability to communicate across a wide range of platforms. So traditional literacy, what people think of when they think of libraries, is really focused on information literacy: learning to analyze information, and helping people understand what’s good information and what’s bad information.

Transliteracy aims to help people be able to communicate across this wide expanse of new technology. So, to be able to understand how to communicate effectively through digital literacy, visual literacy. It’s kind of an umbrella term for all these new literacies that have sort of bubbled up in the last ten years. 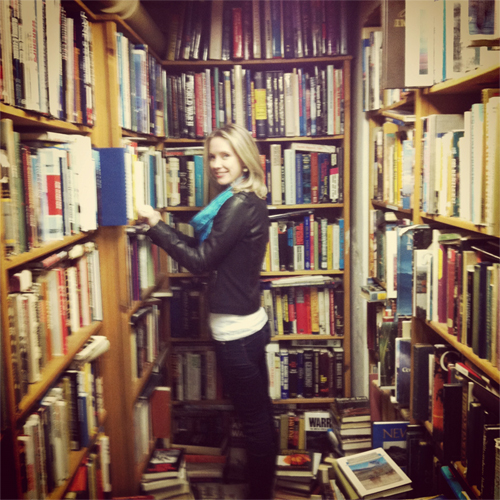 How do you think that libraries and information sharing will develop in the 21st century?

You know, I think that libraries are really centers for knowledge exchange, and a Fab Lab fits perfectly into something like that. This idea that libraries are a place where the books live, and you go to find a book, and that’s all it is, I think is really starting to shift.

Libraries are a place for social transformation. They’re a place that you can go to get computer access, or access to technology that you can’t get anywhere else, and access to people. I think one of our greatest resources in a library are the librarians. They’re able to help people track things down and make connections, and really bring the skills of a community together in one place.

At the Fab Lab, the impetus behind the whole thing was to create a center for knowledge exchange where we’re not just offering Intro to Word or Intro to Excel — that we can offer Intro to Computer Programming, or Digital Fabrication — these skills that are really important in the STEM fields, and we can push that information out for free. And how do we do that? By getting people in the community who know that stuff to come in and share what they know.

How does it feel to be a librarian at this point in history, when books are sort of being replaced by the Internet?

Well, I will be cautious and say that I don’t think books are being replaced. It’s just, there’s many more ways to get information than just one book.

But I think it’s one of the most exciting times to be a librarian. There’s a lot of change happening, but it’s exciting change. Librarians are some of the coolest people I’ve ever met, and I just feel so lucky to be one of them.

Here’s some recommended reading from this very cool librarian.