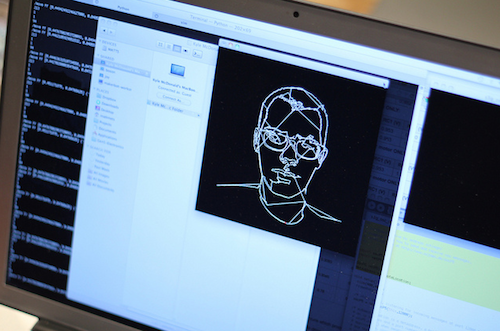 From their inception, libraries were designed to be hubs of information. What that looked like for a long time was that they housed books and other media including music, film and historic documents. These days, being a hub of information looks rather different. In addition to lending traditional media materials, libraries are becoming community centers for creativity and innovation. By providing patrons access to emerging digital and manufacturing tools, libraries are reinventing themselves as laboratories that help bridge the digital divide and move projects from the idea stage into the production stage.Recently, the Online Education Database published a round-up of the 10 Most Amazing Library Laboratories. Among those featured were some well-known projects: the NYPL Labs at the New York Public Library and the FabLab at the Fayetteville Free Library, as well as some lesser-known labs that are helping to move libraries into the center of future-forward communities. Through book publication, digital media workshops, makerspaces and even organic gardens, these laboratories are demonstrating that libraries aren’t just places to borrow stuff, they’re also places to make stuff.Catering exclusively to teens, the YOUMedia Lab at the Chicago Public Library offers young people a way to create, edit and produce podcasts, recorded music, blogs, film, photographs and more. By providing access to digital tools of all kinds, the library gives voice to the teens and nurtures a new generation of creators.Providing a way to write books and to publish them on-site, the Sacramento Public Library’s I Street Press turns readers of books into makers of books. Using the Espresso Book Machine, patrons can print their own material or access one of thousands of out-of-print titles. The library also offers writing classes for budding authors.

A digital media laboratory for teens, the StoryLab at the Tacoma Public Library is a production center for digital illustration, filmmaking, photography, music production and the like. Boasting tools that range from midi controllers to tablets (as well as classes on how to use the tools), the lab is an incubator for a variety of projects.

Proving that space doesn’t have to be an issue when it comes to library laboratories, the Allen County Public Library Maker Station is located in a trailer right behind the library in Fort Wayne, Indiana. A makerspace open to library patrons, the Maker Station features laser-cutters, 3-d printers, digital sewing and embroidery machines, saws, vinyl cutters and more. As methods of production become increasingly available to the public, spaces like this will become necessary elements of communities.

While access to digital tools is imperative these days, so is access to healthy food. A community hub of a different kind, the Library Farm at the Northern Onondaga Public Library in Cicero, New York encourages patrons to use its organic garden as a laboratories. Patrons can “check-out” a small plot of land and learn from master gardeners how to grow organic produce on it. There’s also a community area, for those who don’t want a plot to themselves. The stated purpose of the project is to teach food literacy, preserve the knowledge that our grandparents had and to provide food to local pantries.