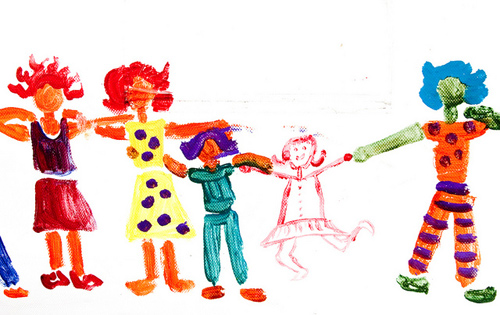 Libraries are really good at lending. It’s who they are, it’s what they do. A growing number of materials, including ebooks, fishing poles, cake pans, art and tools, can all be borrowed from libraries. But as libraries transform themselves into 21st century institutions, some innovators are looking beyond libraries solely as lenders and seeing ways that they could be hubs for the sharing economy.

“Libraries are set up to be this top-down institution, but they don’t have to be,” says Meg Backus, adult programming librarian at the Northern Onondaga Public Library in upstate New York. “If we could open it up, let the walls down a little bit, and allow for the two-way traffic; if we could let you lend books through the library, that just makes a ton of sense.”

Backus’s vision is that not only books, but a variety of materials including tools, a spare room, cars, furniture, music and art could be shared on a peer-to-peer basis through libraries, which could build in trust or credibility. “Libraries can let people make better use of the stuff they own by sharing it,” she says. “And by sharing it through the library rather than having to set up a whole new network, we can give a little more power to the people who use the library.”

“My interest in libraries,” she continues, “is in trying to be an alternative force for something closer to a democratically-owned society and culture. In the midst of the hyper-free market capitalism, libraries are trying to still represent some alternative where things are shared and knowledge is cooperatively built and owned.”

It’s a pretty straightforward concept. Libraries already have a database in place that could be utilized to streamline peer-to-peer sharing. For instance, I could enter something that I’d like to share, say a book, into a database that other library patrons can browse. If someone wants to borrow my book, they alert the library, which then alerts me to bring it in. Once it’s at the library, the borrower is alerted that they can pick it up. Now, expand that idea to include a chair, a record, comic books, art, a power drill, a wagon.

Potential kinks that would need to be worked out include safety issues, damage and dispute resolution and the transference of large items such as a couch or bike trailer, but these are things that library communities could find a way to work around. Libraries already have a system for monitoring and dealing with damaged materials and some branches are already sharing tools and have a safety protocol in place. It seems that these could be adapted to a peer-to-peer model of lending fairly easily.

“We could do this today,” says Backus. “Overnight we could become this really effective sharing, collaborating community.”

Pointing out that libraries were originally created to make scarce resources available to an informed society, Backus encourages people to think of libraries not as repositories of books, but as community centers that provide access to means of learning and expression. She’s an outspoken advocate of using local libraries for workshops, hands-on classes, gardening, CSA pickup points, open source work hubs and whatever else a community may be able to utilize it for. Along with her colleague Tom Gokey, Backus created an informative and entertaining video about the democratizing potential of 3-D printing, and the vital role that public libraries could play in making 3-D printers, fablabs and hackerspaces available to the public.

“Libraries exist so that people can inform themselves,” Backus says. “But they’re not just places to access information. They’re places, increasingly, to do something about what you’re learning; to take knowledge and do something with it.”

“I’m getting to the point that when I think of a library, my imagination does not picture a building filled with bookshelves,” she continues. “It pictures a much more interactive space and network. We’re all familiar with the library poster that says ‘Read’, but I think the cutting edge of library service is to change that word ‘Read’ to ‘Act,’ ‘Question,’ ‘Make,’ ‘Experiment,’ ‘Stick Your Neck Out.’”