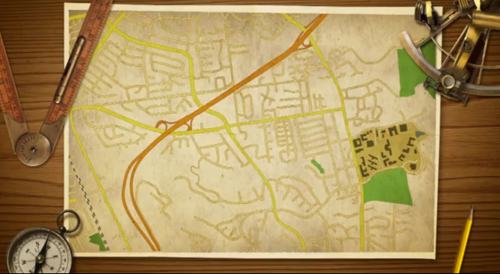 While living at my previous apartment, it was pretty common to get a call from a friend coming over for dinner or drinks, asking how they had ended up on the 17th block of a Chicago street when our address clearly stated we on the 24th block. Inevitably, the friend would have been misdirected by an incorrect Google Maps listing for our address. After I reported it to Google a few times over the course of six months, the address was fixed, but it led to no small amount of frustration for me and my guests.

Getting lost by a few blocks when heading to a dinner party isn’t a big deal, but mapmaking can be serious business–a simple misdirection on the way to a job interview or during an emergency can make a big difference. As we increasingly rely on services such as Google Maps, Google’s slow response time to incorrect listings reports doesn’t inspire confidence. Fortunately, the company has released Google Map Maker, a tool that allows users to contribute to Google Maps’ existing listings. The service has already been available in 183 other countries and regions where verified map and direction information is not as accessible as in it is in the U.S. Crowdsourced maps and directions might seem like a questionable proposition to anyone who’s had to rely on a forgetful or long-winded family member’s directions, but Wired reports that the peer-edited tool has met with success in other countries such as India, where user-generated maps were used as the service’s primary driving directions.

The interface for Google Map Maker is intuitive to anyone who has made a custom map on Google Maps before. You can add businesses, correct place markers and add details to large sites such as school campuses. The service has a built-in reputation system that relies on user edits, and rewards frequent editors with higher spots in the editing queue for their pending contributions. It’s a slick tool with some cool add-ons such as a real-time 3-D visualization of contributions from around the world for Google Earth users. 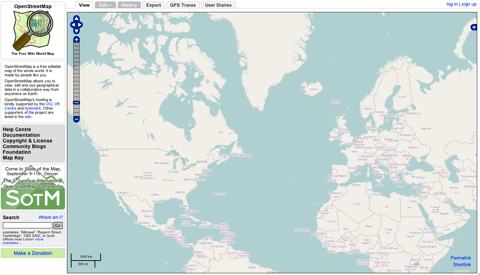 The problem with this sort of corporate crowdsourcing, however, is that Google gets to own the data. Wired’s Ryan Singel points to OpenStreetMap, an open-source alternative to Google Map Maker that allows free access to the data that user-contributors put into the service. While there are a number of similarities between the functionality of OpenStreetMap and Google Map Maker, OpenStreetMap boasts some robust community features that Google’s version lacks. Following a wiki-style format, OpenStreetMap is designed expressly for peer-to-peer collaboration. The project includes an open tagging system for locations with a verification system, dedicated group projects for documenting particular regions, and the ability to “trace” locations on the map in the real world using GPS. While the interface lacks some of Google Map Maker’s gloss, it’s a fully open mapping platform that aims to do a lot more.

Where OpenStreetMap really shines is in the ability to export the contributions out of the service for purposes such as visualizations. It supports formats readable by applications that support GIS, systems used by many municipalities, states and countries to integrate, analyze and display geographic information, enabling mashups of OpenStreetMap and municipal data. And while OpenStreetMap is unlikely to unseat the mapping behemoths given preferential placement on our smartphones–Google, Bing, and Yahoo–if you’re going to freely contribute to one, wouldn’t you rather it be the one that freely shares its data?