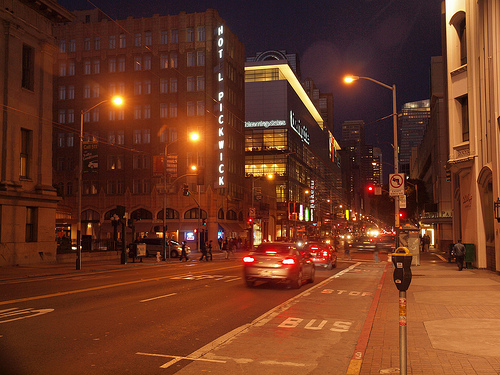 As the sharing economy matures, leading companies have found they need research to communicate effectively with regulators and the press. Important people want to know if these new sharing services are actually good for society as claimed.

The call has partly been answered. Airbnb, a leading peer to peer accommodation site, just released a study examining their economic impact on San Francisco, California. As it turns out, their users pumped $56 million into the local economy in one year: 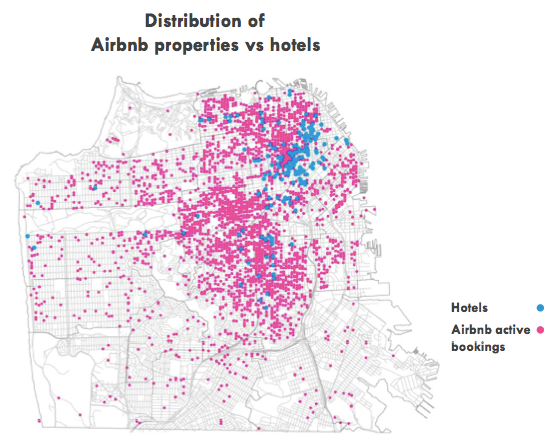 The map of Airbnb rentals in San Francisco shows that 72 percent of the listings fall outside the city's major hotel zones. In practical terms, that means Airbnb is spreading the wealth into neighborhoods that don't normally get big infusions of tourist dollars like Portrero Hill and the Mission.

The study also dug into the demographics of the Airbnb hosts and found that the income generated from their short-term Airbnb rentals was a huge, and necessary, boost. Some 56 percent reported that their Airbnb revenues go to help cover their rent or mortgage. And those revenues are significant — an annual average of $9,300 for a home and $6,900 for a private room or shared space:

In employment terms, the hosts broke down as follows:

As for the visitors, 14 percent cite Airbnb's affordability as the only reason their trip was possible. On average, Airbnb users stayed in San Francisco for 5.5 nights with hotel guests averaging 3.5 nights. The longer stays add up to nearly $250 per visitor in additional revenues for the city. This, indeed, is some evidence that Airbnb spreads the wealth, at least in the short term.

While the study goes some length in examining Airbnb's impact to a local economy, questions remain. For instance, does Airbnb reduce hotel tax revenues to the city's general fund by diverting would be hotel customers to an accommodation option that doesn't collect hotel tax? While Airbnb may soon have to collect hotel tax in San Francisco, hotel tax revenue could still take a hit as the average hotel room costs $188 a night versus $117, Airbnb's average. These are important consideration in an era of city budget deficits.

And what role does Airbnb play in raising real estate values and rental prices, and, thereby, accelerating gentrification? Won't the real estate market eventually price in the extra revenue being generated by owners and renters?

This is a complicated issue, and this study doesn't answer the question about whether Airbnb supports the common good over the long term or not. But it's a start.