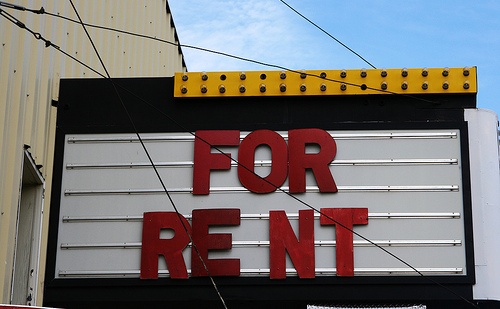 Imagine winning $10,000 a year for life. It doesn’t seem like much, but over 25 years, you realize that it’s a quarter-million dollars. Then you sit down and calculate the compound interest. At a conservative 3% per year, you’re looking at about $375,000. Not bad for free money.

That’s roughly the calculation I did a few years ago when I sold my car and switched to public transportation and car sharing. With lease, insurance, gas, maintenance and parking, I was paying about $15,000 a year. Granted, it was a sports car. But, depending on how far you drive each year, you’re probably paying $10,000 to $15,000 a year, or over $0.50 per mile. And that doesn’t include externalities like the environmental impact of car production and use.

I’m no saint, and admit to a bit of a gadget fetish. But since I sold my car (and my wife sold hers), and took what many would consider a step back—owning a car, after all, is a right of passage in North America—I’ve felt as liberated and free as the owner of a new convertible sports car is supposed to feel.

And increasingly, I’m not alone. From cars to designer clothes to children’s toys, there’s a growing trend towards “transumerism” and “collaborative consumption,” which emphasize sharing, renting and experiencing over owning. Is it just a fad? Or is this a significant trend that will reshape our approach to goods and commerce? I’ve pondered what I call “cloud living” before. Now let’s dig deeper.

You need not look far to find examples of this trend. Parking lots in urban areas host cars from car sharing services like Zipcar andAutoShare. If you want a more upscale ride, services like Extreme Car Share and DFW Elite Car Club will get you into a Ferrari, Lamborghini or other midlife-crisis resolver. Want to fly? Try Net Jet. Prefer human power? Try a bike-sharing service like Bixi.

And while the trend seems to have taken off with transportation (likely due to a combination of high transportation cost and intermittent need), it’s by no means confined there. In fashion, there are services like Wear Today, Gone Tomorrow for clothes, Bag Borrow or Steal for handbags, and Borrowed Bling for jewelry. Have a child? Then you might be interested in toy rental services like Kids e-Toys and Lucky Duck Toy Box (choose toys, rent toys, return them when your child grows out of them, get new toys for their next phase). There are even entire publications now devoted to the trend, such as this one.

And I haven’t even yet mentioned computers yet. What is “the cloud” if not a prime example of transumerism? With cloud computing, you get computational services on demand. Why buy a server with set storage space and processing power—the former of which you’ll have to grow into, the latter of which you will always use sporadically—when you can get storage space and processing power on demand, paying just pennies for gigabytes and cycles as needed?

Indeed, I believe one of the biggest drivers of the transumerist trend is computer technology. First, as we increasingly use the web on a transactional basis—loading and retrieving content like photographs as needed—we’re being trained into a transumerist mindset. Second, as we utilize crowdsourced services such as Wikipedia, we recognize the power of collective ownership and contribution, and see how shared resources can actually be betterthan individually owned resources such as a thousand-dollar set of encyclopedias. Third, the increasingly social web has made us comfortable sharing—including with random strangers. Fourth, web technology has enabled services that would otherwise be impossible or difficult to use—to book a car with AutoShare, for example, I can just open the iPhone app, pick a time and a car, and press “Reserve.”

But computer technology isn’t the only factor. Rather, several social and economic factors have also converged to make renting and sharing more attractive, in many cases, than ownership. First, we are becoming an increasingly mobile society, including with jobs (fewer of which require fixed machinery), and owning more stuff makes mobility more difficult. Second, the generation now entering the workforce has different priorities from previous generations, emphasizing experiences and work-life balance over material possession. Third, economic instability has made ownership of even traditionally sound investments (like homes) less desirable—after the recent financial calamity, many Americans are now burdened with negative home equity. Fourth, environmental sensitivity (no doubt heightened by high-visibility ecological disasters like the Gulf oil spill) has made people more sensitive to purchasing new goods, leading to lots of goods exchanged for free through Craigslist and services like Freecycle.

And that’s just scratching the surface.

Seeing all this happening, and experiencing the benefits first-hand, I’ve become somewhat of a transumerist evangelist. (I also keep pondering entrepreneurial opportunities in this emerging space—what’s next to move from ownership to sharing?) While there are no hard and fast rules for the emerging transumerist worldview, I wanted to capture some of my own changes in mindset:

Of course, transumerism is no panacea for all social, environmental and economic ills. It’s hard to see, for example, how a luxury car sharing service is better for the environment or your wallet than owning and riding a bike instead. What the trend should increasingly bring, however, are options, and perhaps a growing consciousness of ownership’s costs. Will I ever buy a car again? I can’t say for sure, but right now, I hope not. I’ve become far too accustomed to the freedom of not owning one.

I provide ideas and resources to lead personal and organizational growth. My specialty is digital marketing and communications. Currently, I lead a digital marketing company called Commune that I founded in 2007. With a team of top-notch consultants, I help clients close the gap between their business objectives and digital marketing performance through analytics, strategy and implementation services that continuously improve return on investment. Two of our core services are search marketing and web analytics. Each day, I’m fortunate to learn and communicate strategies that help clients grow their business. Over the past 10 years, I’ve consulted for leading brands including Enbridge Gas Distribution, Rogers Communications, Bayer and Pfizer. Before Commune, I was Associate Creative Director for Excerpta Medica Interactive, a division of Elsevier, where I developed and implemented interactive marketing strategies for the pharmaceutical industry and online business strategies for Elsevier’s repository of 2,000 journals and 17,000 books. I’ve supported this informal life education with formal degrees, including a Bachelor of Journalism from Ryerson University and a Master of Arts in the History and Philosophy of Science and Technology from the University of Toronto. Which is far more education than my grade seven school principal, who rightfully expelled me for bad behavior, probably thought I’d ever achieve. (And, perhaps partly out of spite, I often think about pursuing a PhD.) I also write and speak regularly on digital marketing, personal development, entrepreneurship and business strategy. The growing sharing movement has increasingly attracted my attention, as I believe it holds tremendous positive potential for the environment and personal well-being. You can stay up to date with my musings by following my tweets (www.twitter.com/simonsmith) and blog (www.simonsmith.ca).