2013: A Year of Lifestyle Experiments in the Sharing Economy - Shareable
Skip to content 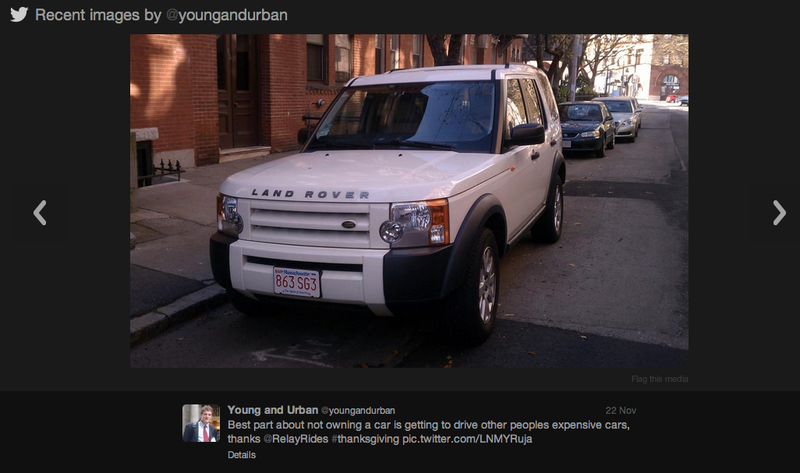 Today I’m launching a yearlong life experiment.  I’m devoting 2013 to test driving the Sharing Economy by trying out as many services as possible.  As an engineer I’ll be analytical in my approach (numbers and spreadsheets), as an aspiring entrepreneur I’ll make micro-business cases (finance and marketing), and as a young urban professional I’ll be trying to reinvent my urban lifestyle.  I want to discover for myself if the Sharing Economy works in my own life.

But first, some background is in order.

I am a young engineer who lives and works in Boston.  Originally, I am from a small, rural town in Maine, but I have spent the past 7 years studying engineering in New York City and Boston.  So at this point I’m a full-fledged Yuppie, a title that betrays my rural roots though I seem to be coping fairly well.  In 2010, I graduated from Tufts University with a master’s degree in engineering with a job offer in hand.  As a member of a generation that is buried in student debt and suffering from high unemployment, the fact that I had a decent paying job immediately after graduating was a blessing.  The commute was the only downside to the job.  I’d have to buy a car for the one-hour commute through Boston rush hour traffic.

I only realized it later, but the perceived need for a car was my first step toward joining the sharing economy.

At the time, I saw myself as having these options:

1.) Stay living near my friends at Tufts and endure over 500 hours of commuting in Masshole traffic each year.

2.) Move out to suburbia to have a shorter commute but less of a social life with my friends in the greater Boston area.

3.) Take a two-hour public transit commute each way from my current apartment to work.

None of these options looked ideal, but hey, millions of people have terrible commutes.  They manage to deal with it somehow.  I told myself I’ll be fine, I’ll just have to get used to it. I decided to become a car commuter.

Lacking the requisite up-front cash to buy a car (or parents who would front the bill), my aunt let me borrow her eggplant-colored PT Cruiser until I could afford my own wheels.  I wasn’t the coolest kid on I-95, but I made it work (thanks Aunt Kathy).  This commute lasted the entire summer after graduation, and it grew more intolerable by the day.  I tried to imagine what I would look like after 10 years of commuting in the mortal combat that is Boston I-95 rush hour traffic.  I saw an irritated 30-something with thousands of hours of road rage under his belt and nothing to show for it.  There had to be a better way. 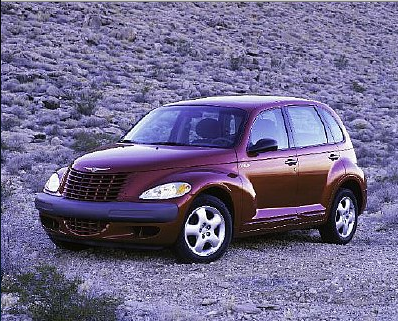 This image is from www.zoklet.net under an article entitled "Ugliest Cars Ever Made".  I think the title speaks for the experience I had driving this vehicle every day.

From Mass-hole to Public Transit Yuppie:

After doing some research, I found that my company offered an additional stipend for employees who are able to take public transit to work.  This was great news, but to be honest the free transit wasn’t worth the two-hour slog on two trains and two buses.  Then after a day of scheming online at work I found that I could avoid buying a car by moving into downtown Boston and living near the commuter rail.  This would result in a totally free 40 minute door to door commute.

As an outdoorsy guy from Maine, I had plans of moving to somewhere like Colorado and living in the mountains. Boston, however, is where the work was and I had loans to pay off. I had to make the best of it.  Moving into the concrete jungle of a major US city was one of the last things I thought I would consider.  It’s loud, it’s impersonal, and it doesn’t jive well with my personality.  It’s also extremely expensive.  Even though I had a decent paying job, I just didn’t think it would work out.

Then as any good engineer would do, I opened up a spreadsheet on my computer and started doing some math.  My rent and utilities at Tufts were $650/month.  After a car payment ($250/month), gas ($200-250/month), and insurance ($100/month), I would be paying a minimum of $1200/month for my apartment and my car.  This was nearly 50% of my income and it didn’t yet count the inevitable expenses like parking tickets, speeding tickets, tolls, snow tires, excise tax or repairs.  Adding this cost to about $40,000 of student debt was enough to make me sick to my stomach.  Suffice it to say, I didn’t like the prospects of becoming a car owner.

I decided to make the car-less plunge.  I moved into the city Fall of 2010.  I’ve never looked back.  It was obvious that by paying higher rent I could obtain better access to public transit for work.  However, what I didn’t expect was that by moving into the city and not buying a car, I saved well over $300/month as compared to my previous baseline (suburbia living + car payments).  Now I put this amount directly into my student loans effectively cutting my repayment time in half. That sounds like a win to me.  Taking public transit over the past 2.5 years has allowed me to read over 40 books, write on my Blog, make new friends, take naps, and basically do anything but be stressed out in traffic.  None of these things would have been possible if I were sitting alone in bumper-to-bumper traffic for 2 hours each day. 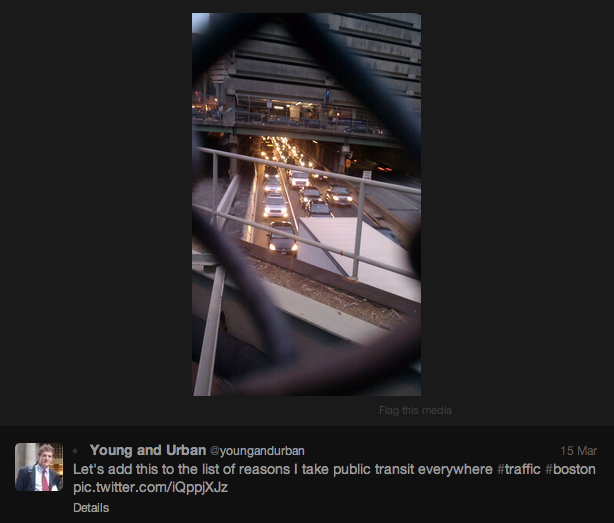 Coming of Age in the Sharing Economy:

My participation in the Sharing Economy to date has mostly been in the car-sharing arena.  Back in 2007, I was a car-less, 21 year old college student paying my way through school.  Without much parental capital in my life, I jumped at the opportunity to join Zipcar.  As a student, I simply couldn’t afford a car; so paying to rent them by the hour was a no-brainer for me.

During 2013, I’ll also rent cars by the hour from neighbors with RelayRides.  With Zipcar and RelayRides, I can drive cars like brand new Range Rovers or Volvos, and it’s often cheaper than the economy cars from traditional car rental companies.  So essentially, I’ll have access to a wide range of car models without the financial and mental burden of owning one in Boston. 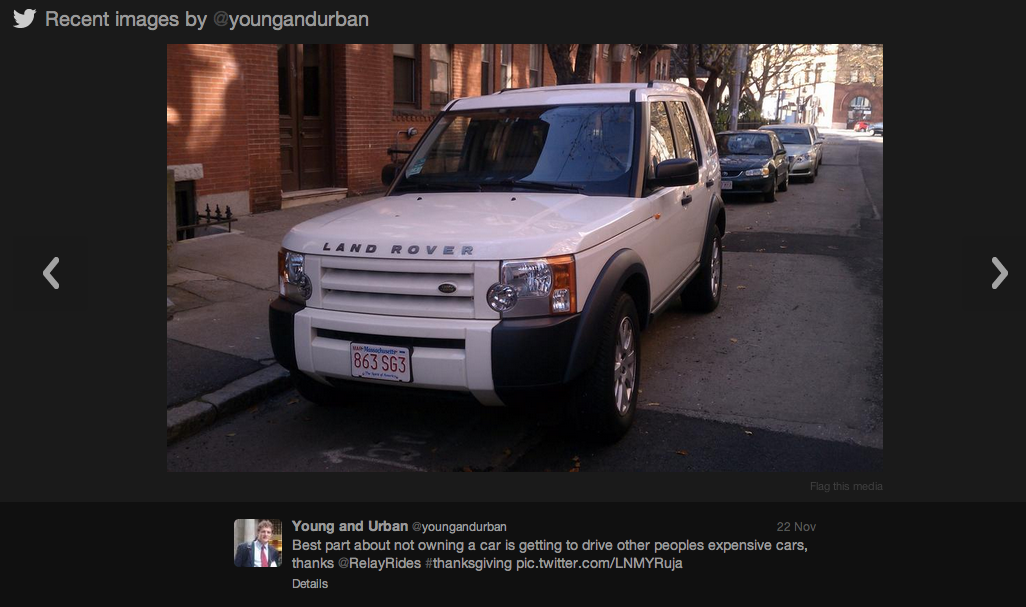 I liked what these carsharing companies were doing, but I didn’t realize until recently that I was coming of age in an actual sharing movement. The light bulb came on after I decided to run a Kickstarter Campaignin August 2012.  It was then that I really felt the power and scope of the Sharing Economy.  It was larger and more capable than anything I had imagined.  Through Kickstarter, I found out about Indiegogo, Fundable, GoFundMe, and about a dozen other global crowd-funding platforms.  This led to carsharing and ridesharing (RelayRidesand ZimRide), open sourced competition (Innocentiveand Hackathons), apartment sharing (Airbnb and Couchsurfing), farm sharing (Community Supported Agriculture), coworking, bike sharing, bartering, dozens of blogs, and more.

As an easily excitable and always enterprising guy, I felt like I was missing out, completely oblivious to how the world was changing.  My mind was continually blown not only by how many sharing services existed (hundreds) but also how financially viable they can be for both the consumer (saving thousands of dollars per year in my case) and the service provider (making hundreds of millions in cases like ZipCar).  I had done the math for car sharing and it has worked out for me over the past six years so why not try to do the same thing for other sharing platforms like farm sharing, and peer-to-peer housing, and bartering?

In an attempt to escape student debt and find a more meaningful urban lifestyle, I am setting off on a year undertaking a series of lifestyle experiments in the Sharing Economy. I plan to dive into car-sharing, peer to peer housing, bartering, crowd-funding and anything else that I can find. I will try to run as much of my life as possible through the Sharing Economy and write about my experiences.  As an engineer I will be methodical in my approach, as an aspiring entrepreneur I will be looking for new business opportunities, and as a rural guy turned yuppie I will be looking for a more fulfilling lifestyle than my current urban culture provides. In the end I will be sharing my personal experiences as I engage with and learn from the Sharing movement.  You can follow my experiments here on Shareable and also via Twitter @YoungandUrban.