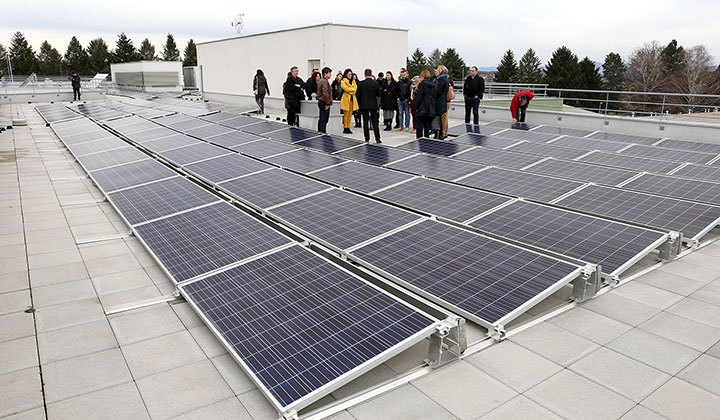 Late last year European Union lawmakers approved new rules allowing communities and households to generate, consume and sell their own renewable energy — a move called a “climate game-changer” by Friends of the Earth Europe. Then in early June, European parliamentary elections delivered strong results for Greens, who are expected to support the transition to renewables and community energy.

Community energy proponents put their political muscle behind the push for the Clean Energy for All Europeans Package that was adopted in December as part of the EU’s main energy rule book, and could see cooperatively-run power agencies expand as a result. Already, the European Federation of Renewable Energy Cooperatives, founded in 2013, has grown into a 1,500-member network serving one million members.

The new legislation still faces hurdles getting adopted and implemented by EU member nations, which haven’t always acted swiftly or decisively on EU-level rules. But the Greens’ newfound gains could help change the political calculus on what happens next for community energy. Green parties in the EU’s most influential member states, Germany and France, received record-high levels of voter support — including with voters under 30, who cast more ballots for Greens than any other party.

“It’s a sensational result for the Greens. It seems that youth protests around climate change issues started by Swedish teenage activist Greta Thunberg are having serious political implications,” said Toni Vidan, a member of the European Social and Economic Committee who chaired its energy cooperatives work group.

Although the recent gains are laudatory, European leaders should have acted sooner, say activists working to democratize the energy sector. As the energy industry has evolved and innovated over the last two decades, Europe has experienced at least a decade of wasted time, critics say.

“At the beginning, big corporations have not been aware of the potential of renewables, but when serious technological revolution started to happen, the fossil fuel industry started to block advanced policies or simply started buying renewable energy companies,” said Vidan. “Although Europe had the technological and financial resources to start the energy transition much earlier, we ended up in a 10-year-long lock-down because we didn’t have the political force to make it happen.”

The new European Commission has still not been formed, but based on the results, it could finally be the “missing link” and bring faster progress. “We have a chance now to have a Commission that will ensure the financial means to implement all these good documents,” said Vidan.

Where “citizen energy” innovation is happening:

Some national members of the EU are already putting innovative practices in place. In the Netherlands, the National Climate Agreement last year set a nonbinding target for community energy. Every renewable energy project developer now has to offer 50 percent ownership to the local community. The Dutch also formed a national investment fund for energy cooperatives that offers very low interest rate loans to local communities for the development of renewable energy projects.

Europeans invest in energy cooperatives for several reasons, according to Siward Zomer, who  manages Dutch energy cooperative De Windvogel. “Idealists do it to support clean energy and climate action,” he said. “Then you have people interested in taking back control; they feel everything has become too big and too globalized, so they want to localize the energy system. And the last group is financially motivated; for them it is an investment which gives a good return.”

Balancing these interests can become problematic. “Obstacles have been slowly melting away but now we have new challenges,” said Zomer. “A demand for cooperative projects could become so high that cooperatives could get overwhelmed, they could lose control of what they are doing and their principles. Fake community energy projects have already started to emerge, [where] the investors take all the profit and leave the risks to the local community.”

What’s next for energy democratization?

Even with the risk of big corporations hijacking renewables and continuing their business as usual where citizens pay too much for the energy they use, the fact that all the leaders of the biggest political groups in Europe are now discussing the necessity of decarbonizing the system before 2050 is itself a huge political shift. The energy democratization movement is hopeful it is a shift in the right direction.

“We are finally [at the point of a] breakthrough,” said Zoran Kordić, manager of Croatia’s Green Energy Cooperative. “Renewable energy will happen — there is no question about it — and now is finally the right moment to [put] it in the hands of the citizens and not big corporations.”